Mercedes Formula 1 world champion Lewis Hamilton has accused Mario Andretti of “ignorance” over his comments about racism in motor racing.

Andretti told Chilean newspaper El Mercurio last week that he did not like politics and sport getting mixed up in the way that they have in recent months.

He said he also not happy with the way that Hamilton had become a “militant” for the way in which he had called out F1 drivers, teams and the sport’s bosses to do more to stamp out racism.

Posting on Instagram, Hamilton made clear that he was not impressed with Andretti’s stance.

“This is disappointing but unfortunately a reality that some of the older generation who still have a voice today cannot get out of their own way and acknowledge there is a problem,” he wrote.

“Again, this is plain ignorance but that will not stop me from continuing to push for change.

“It is never too late to learn and I hope that this man who I’ve always had respect for can take the time to educate himself.” 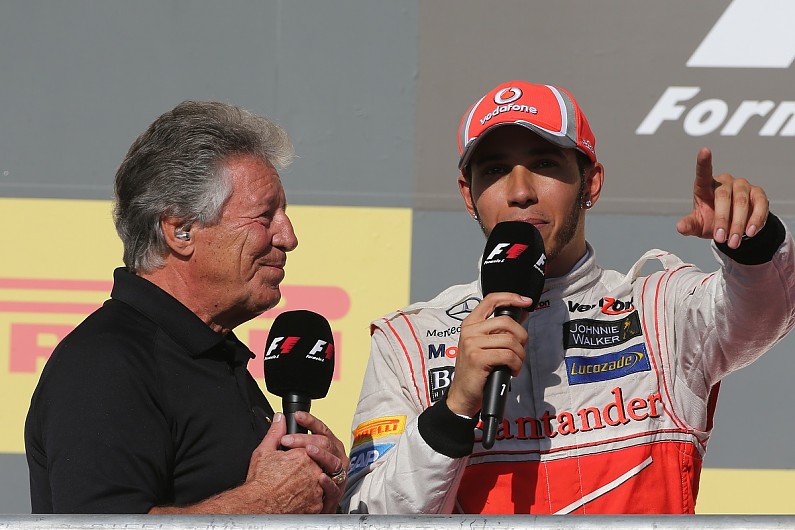 Andretti believed that the racism debate in motor racing has become bigger than it needed to be, as he referenced Hamilton’s action and the scenario surrounding NASCAR’s Bubba Wallace, when there was an investigation after what appeared to have been a noose was found in his garage.

In the end, it was discovered that it was simply a rope pull for a garage door.

Hamilton has been one of motorsport’s most vocal on the subject of racial injustice, and set up the Lewis Hamilton Commission to try and improve diversity within F1.

F1 has joined the fight against racial injustice and is moving to boost diversity in the series with the We Race As One initiative.

Mercedes changed its livery from silver to black, with End Racism slogans on its W11, for 2020 to draw further attention to the fight against racial injustice.

Drivers have also been taking a knee prior to the start of each race, though Hamilton believes the push to end racism has “gone off the agenda” after the last two pre-race displays have been rushed.