Mercedes Formula 1 boss Toto Wolff has revealed he wasn’t interested in supporting Valtteri Bottas’s career when he was first asked – but changed his mind after meeting the Finn.

In the early 2000s Wolff put his own racing activities on hold to focus on his business interests, and having been successful he began to look for ways to invest in the sport, including backing young drivers.

In the winter of 2007-08 Wolff was approached by Timo Rumpfkeil, the boss of Formula Renault team Motopark Academy, with a view to helping Bottas.

He initially chose not to do so, having been left disappointed by previous associations with drivers.

“When the investment side kicked off in motor racing, I got more involved,” Wolff said in a Mercedes video.

“In a way I tried to give back to young drivers what I lacked, and that was financing and guidance.

“One day I got called by a friend who ran a Formula Renault team in Germany, Timo, and he said, ‘There is this exceptional boy who is racing for an underfinanced Finnish private team and he’s very much at the front of the grid, and I’m going to take him for next year. He hasn’t got a manager.’ 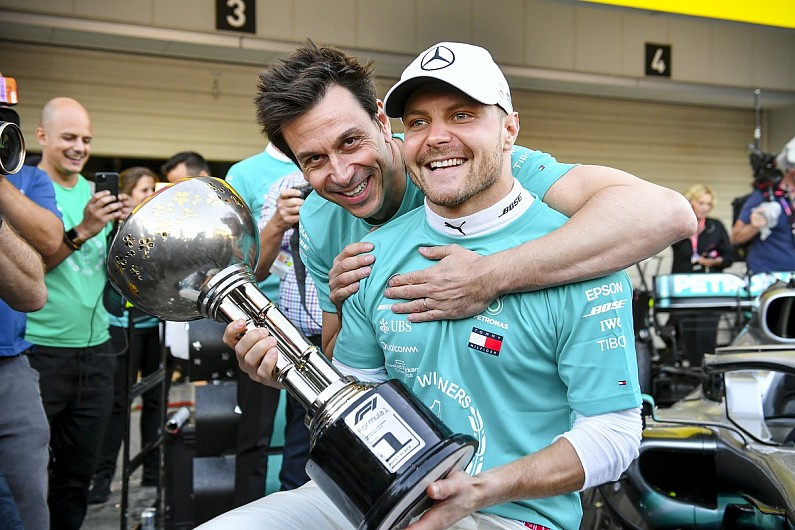 “And I said, ‘No thank you very much, I’ve had bad experiences with some drivers who were grateful when they were lacking support, and world champions in forgetting once they started to earn. I don’t want to do this.'”

“A few months later [Rumpfkeil] called me and said, ‘I just wanted to tell you that Valtteri won his first two Formula Renault races’,” Wolff added.

“I said, ‘That was expected, didn’t you say that?’ ‘Yes, but he won the first race with 27 seconds to second place, and the second race with 24 seconds.’

“And then Valtteri called up and said, ‘Can I meet you?’ We met and he walked into the office and said, ‘I’m not interested in looking out for a manager, I just want your advice, because there are a few groups that are interested in supporting me, and I’d just like to hear your opinion.’

“I gave him my honest opinion – and we ended up four investors, a friend of mine, Willi, Mika Hakkinen and Didier Coton to help Valtteri in his career.”

Wolff says Bottas made a strong impression that day.

“He came alone, he wasn’t with any parent, it was snowing outside, and he wore just a pullover,” said Wolff. “It was in a way like he is; fierce, competitive, resilient.

“There is this shell of the quiet, nice Finnish guy, but there is this very stubborn strong competitive guy underneath.” 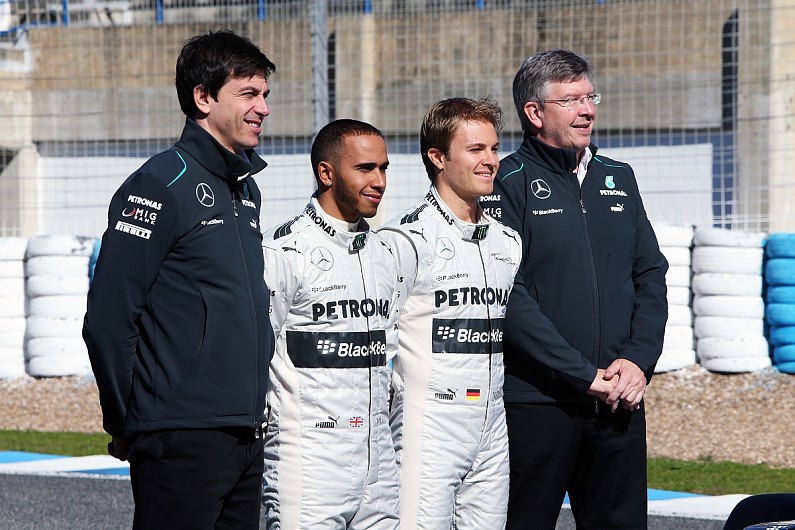 Although they both competed at a Donington Park meeting in October 2002 – where Wolff says he also first heard the name of his future wife Susie Stoddart, who was starring in Formula Renault – their first close encounter was at a European F3 test two years later.

“It was pre-season testing in F3,” said Wolff. “He had just made the step from Formula Renault, and one of my drivers involved in ART, which was the team to beat back in the day.

“I remember visiting my driver in Valencia. Lewis just walked over to the garage – his team wasn’t as competitive as ART was – and he looked at the car.

“I remember this young boy looking very interested and curious to see what happens in the other garage. That was the first time I saw him.”