Ex-Ferrari team principal Stefano Domenicali is set to become the new CEO of Formula 1, taking over from Chase Carey ahead of the 2021 season.

Sources have confirmed to Autosport that Domenicali, 55, will step into Carey’s role by the end of the year.

While a final agreement is still to be finalised with Domenicali over the role, it is poised to be completed in the near future.

Official confirmation of Domenicali’s appointment has not yet been issued by F1, but teams were informed of the news on Tuesday.

Carey is set to remain involved in F1 beyond the end of the year in a revised position.

Domenicali was the team principal of Ferrari in F1 between 2008 and 2014, having previously served as its sporting director. He played a key role in its run of six consecutive constructors’ championships victories at the turn of the century.

After resigning from Ferrari in April 2014, Domenicali joined Audi later that year as its vice-president of new business initiatives, before moving to sister VW Group brand Lamborghini in 2016 as CEO.

Throughout his time with Lamborghini, Domenicali has retained a role within the FIA as its president of the single-seater commission that he took up in late 2014.

Domenicali’s primary brief through this period was to push forward a restructuring of the junior single-seater ladder, helping revive Formula 2 as a category and form a new international Formula 3 platform.

But Domenicali will now make a full return to F1 as the series’ new boss in place of Carey, whose time as CEO will end after over three-and-a-half years. 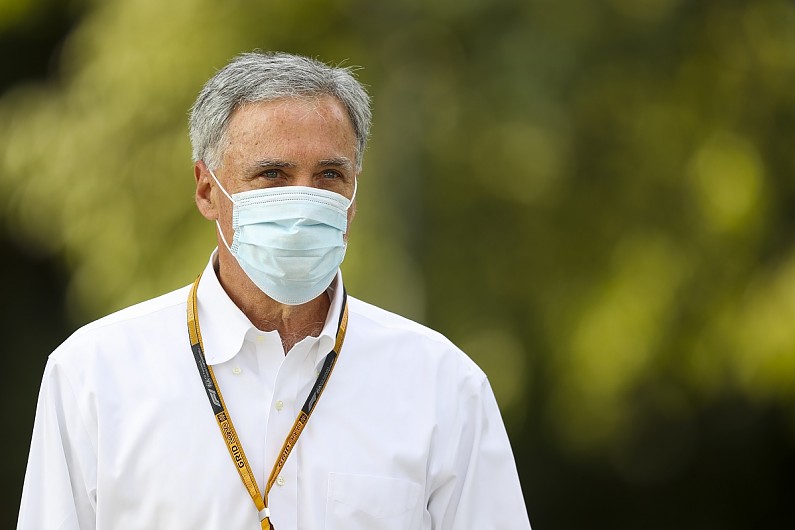 Carey was appointed chairman of F1 upon Liberty Media’s acquisition of F1 back in September 2016, and became CEO once the deal was finalised in January 2017, taking over from Bernie Ecclestone.

During his time as CEO, Carey has helped oversee the completion of the new Concorde Agreement, with all 10 teams signing up to F1’s revised commercial terms in August.

The new agreement is set to bring about a more equitable distribution of income moving forward, underpinning further drives for sustainability overseen by Carey such as the new regulations for 2022, which included a groundbreaking budget cap.

F1 has also agreed plans to expand into new markets such as Vietnam during Carey’s time in charge, as well as reviving previous events such as the Dutch Grand Prix and negotiating the challenges of the COVID-19 pandemic to secure a 17-race calendar for 2020.

The appointment of Domenicali (below, left) means he will join former Ferrari colleagues Jean Todt and Ross Brawn at the helm of F1. Todt has been FIA president since 2010, while Brawn joined F1 as its managing director of motorsports in 2017 following Liberty Media’s takeover. 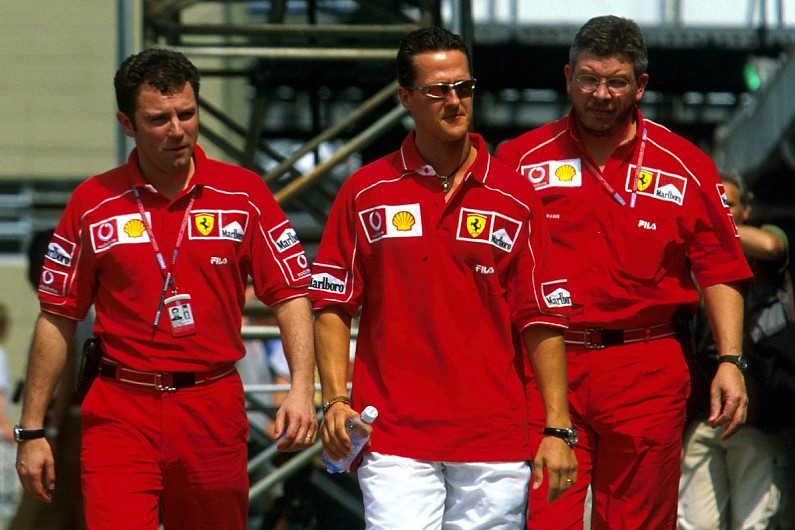 Speaking exclusively to Autosport earlier this year for the #thinkingforward series, Domenicali stressed the need for F1 to focus on cost control and sustainability moving forward in the wake of the COVID-19 pandemic.

“The FIA and Liberty, together with the teams, I feel that what they are really thinking about for the future, they are heading in the right direction,” Domenicali said.

“This is a take it or leave it opportunity and you cannot leave it, you need to take it. Otherwise the risk will be very high of it not returning to be the platform it was.

“I see this as an opportunity for the motorsport industry to reshape.”