A test could be undertaken as soon as the United States GP in Austin in a fortnight’s time.

At the moment drivers are expected to slow and not record a meaningful lap time when they pass double yellows.

That can occasionally lead to controversy, as happened with Fernando Alonso in qualifying at the Turkish GP.

The Spaniard entered a double yellow zone at the start of his first flying lap in Q1 and, having completed the lap at a competitive pace that was comparable with others running at the time, he was reported to the stewards.

He escaped sanction essentially after the stewards noted that his next flying lap was over three seconds faster.

However, some rivals who abandoned laps due to yellows insisted that Alonso had set a meaningful lap time, especially in the context of the threat of rain meaning that the first lap could have been important.

The stewards did consider that, but discounted it because the session remained dry and lap times improved. 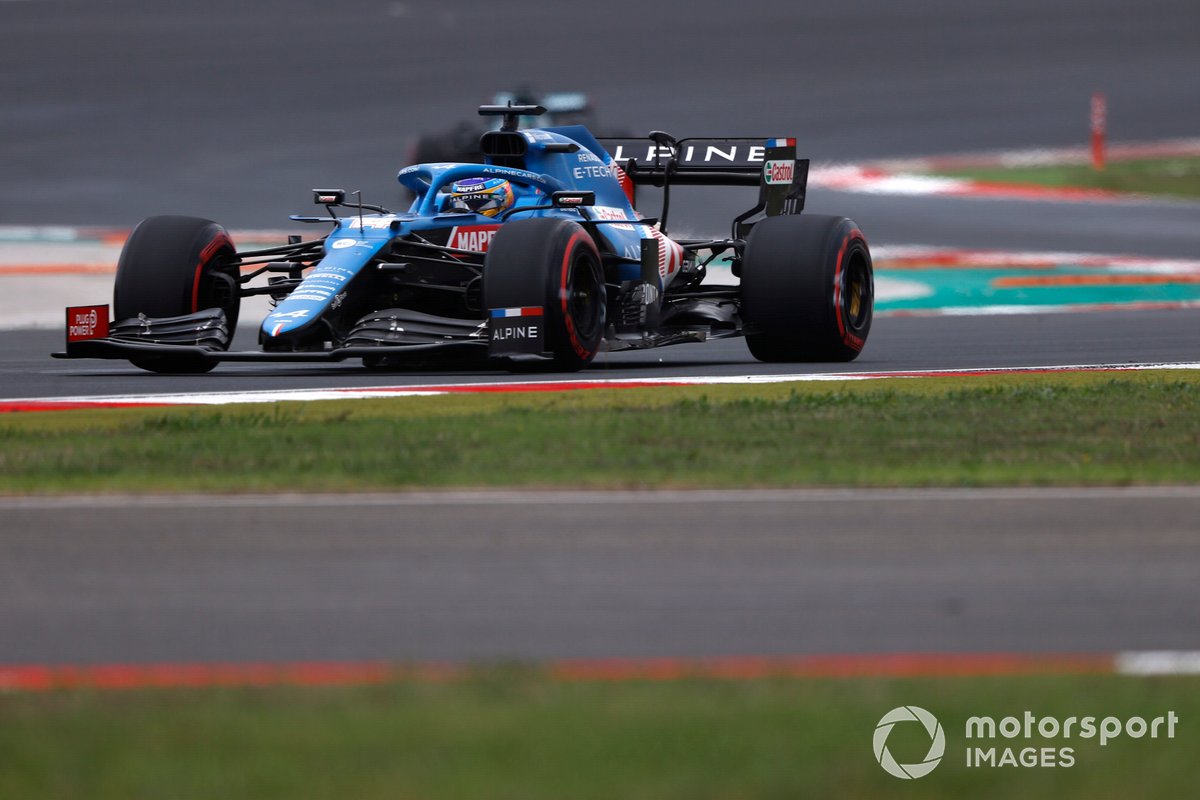 After discussions with teams on Sunday in Istanbul, Masi hopes to remove any doubts that might tempt drivers to complete a flying lap by automatically deleting their times, following a similar principle to that already used in relation to track limits offences. A similar system is also currently used in MotoGP regarding laps set under yellow flag conditions.

“Let’s see what we do in Austin,” said Masi when asked by Autosport if a system would be trialled. “We’ve done it when it happens for track limits. We can investigate what areas will work best, and just make sure that there’s no unintended consequences.

“It sounds on the face of it that it could be a good resolution. But you just need to talk through it all. We’ve got a sporting advisory committee [meeting] scheduled anyway this week, and that’s one on the agenda.

“There’s probably a little bit of tweaking of wording that we can do. It’s been as it is for quite a while, and [after] some discussions today there’s some refining that we can probably do to make it clearer for everyone.”

Asked if a deleted times system could be trialled as early in practice in Austin, Masi said “quite possibly,” stressing that a test would not be difficult to sanction.

“It’s in my event notes. It’s not even a regulation change. It’s effectively, the legal terminology would be, it’s a test.

“So you need to comply with the requirements within the ISC [International Sporting Code], complying with double yellow flags.

“But effectively to prove that you’ve done that, the test is being meaningful lap times scenario.

“So we’ll have a look, probably trial something else in Austin, and see where we go.”