Valtteri Bottas claimed his third pole position of the 2020 Formula 1 season at the Eifel Grand Prix. Here’s how and when you can watch the race.

The Finn beat Mercedes team-mate Lewis Hamilton to pole at the Nurburgring, having also been under threat from Red Bull’s Max Verstappen during qualifying until the final Q3 runs.

Verstappen conceded he was disappointed to have to settle for the ‘best of the rest’ tag once again behind the dominant Mercedes pair, who maintained the German manufacturer’s 100% pole record in 2020.

Despite limited running following the Friday practice washout due to rain and fog, the qualifying order hasn’t been too seriously shaken-up but Ferrari’s Charles Leclerc did impress to claim fourth place ahead of the second Red Bull of Alexander Albon.

But one omission will be Lance Stroll who has been ruled out of the race weekend due to illness, with super sub Nico Hulkenberg once again stepping in for Racing Point having filled in for Sergio Perez when he tested positive for COVID-19 earlier this year.

The German described the call up as “wilder and crazier” than his previous late stand-in role at Silverstone, and was denied any practice action meaning he had to jump into the car for the first time in qualifying – leaving him no time to adapt as he qualified in last place.

With Stroll out of action and Hulkenberg starting last, Perez accepts the Eifel GP will be a “painful day” for Racing Point in the tightly-contested F1 constructors’ championship, with the Silverstone-based squad currently fourth in the standings two points behind McLaren and five points ahead of Renault.

However, McLaren remains subdued about its chances after Carlos Sainz Jr blamed the team’s upgrades for his pace drop as he qualified 10th with team-mate Lando Norris in eighth. 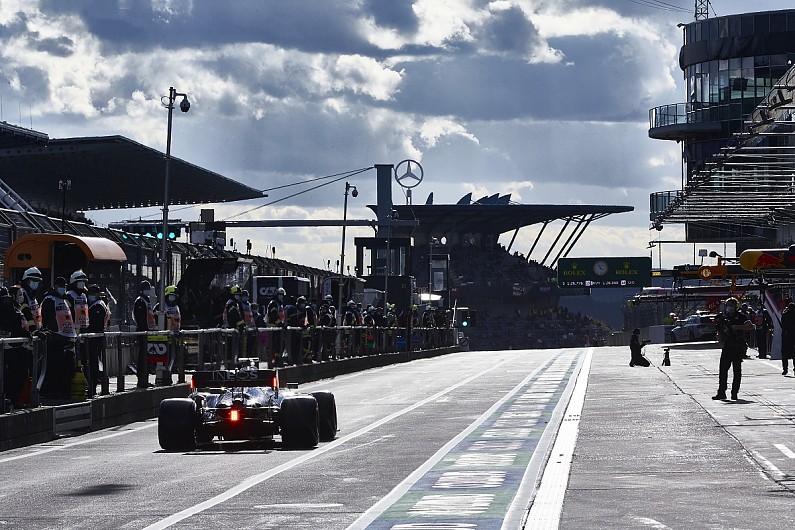 What is the Eifel GP?

The previous ‘new’ races on the redrawn 2020 F1 calendar were either part of double-headers at the same circuit (Styrian GP at the Red Bull Ring and 70th Anniversary GP at Silverstone) or races taking a new name as the national race title was already used (Tuscan GP at Mugello).

With different races not allowed the same name in the same F1 world championship season, Mugello’s F1 race and the Red Bull Ring’s second race were named after the region the circuits are situated in. The second Silverstone race was named as a way to celebrate the 70th year of the F1 grand prix world championship.

While there was no German GP initially on this year’s calendar, following Hockenheim’s omission for 2020, the Nurburgring’s stand-in race has been named after the area the circuit is located in, with Hockenheim organisers retaining the rights to the national race name.

The new race name gives a nod to the wider region as the Eifel mountains stretch across Germany, Belgium and Luxembourg.

Later this year a third race will take place in Italy, when the series returns to Imola for the first time since 2006. The race will be called the Emilia Romagna GP which is also named after the region the track is located.

The final unique race name for the unconventional 2020 calendar is the second Bahrain race, which will be called the Sakhir GP, which is also named after the region the track is based. 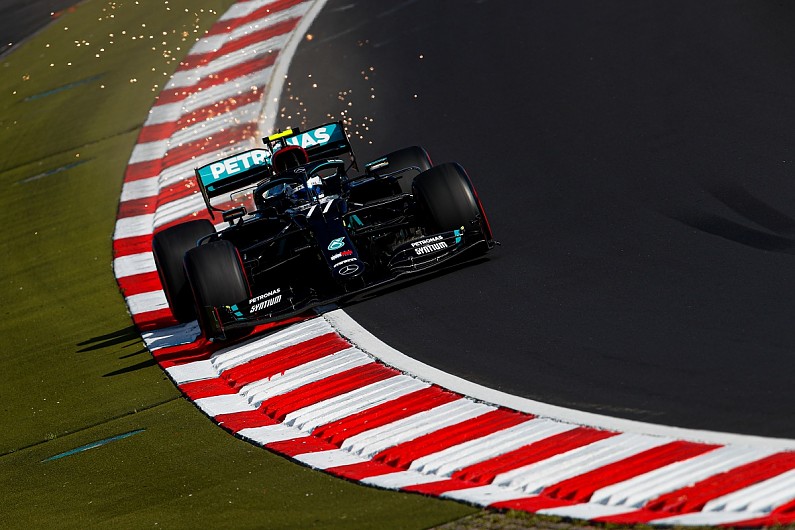 Why is F1 racing at the Nurburgring?

Due to the redrafted 2020 F1 calendar following the coronavirus pandemic and subsequent cancellation of 13 races, series bosses have scrambled to produce a campaign of a minimum of eight races to meet FIA world championship criteria along with reaching a minimum of 15 races to fulfil the TV broadcasting deal.

As well as hosting double-headers at the Red Bull Ring, Silverstone and Bahrain, F1 will also head to venues not on the original 2020 calendar, with the Nurburgring the second of the new destinations, following on from Mugello. Over the next two months the paddock completes its one-off stint of unexpected races at Imola, the Algarve International Circuit and Istanbul Park.

When is the F1 Eifel Grand Prix?

How can I watch the Eifel GP?

In the United Kingdom, Sky Sports has exclusive live broadcasting rights (excluding the British GP), with the Eifel GP race shown live on Sky Sports F1. Pre-race coverage will be starting at 11:30am BST ahead of the race start at 1:10pm BST.

Channel 4 will be showing extended highlights of the race on Sunday evening, starting at 6:30pm BST.

Autosport is running a live text commentary for the Eifel GP.

Weather forecast for the Eifel GP?

Current weather forecasts predict sunny and cloudy weather at the Nurburgring on race day, but cold conditions throughout with a small chance of rain. The temperature is expected to be eight degrees Celsius for the start of the race – one degree cooler than the temperature for qualifying.

How many laps is the Eifel GP?

The race is scheduled to complete 60 laps of the Nurburgring Grand Prix circuit, covering a total race distance of 308.617km.