Steiner admits that having two rookies this season left the team with “no reference” after previously employing Romain Grosjean and Kevin Magnussen.

Next year’s rule changes mean a reset for all teams, and Steiner concedes that having a more experienced driver in the camp would be a benefit.

Haas currently employs Pietro Fittipaldi, who did two races as Grosjean’s replacement at the end of 2020, as its third driver.

“You’re fully right there, we have no reference, the reference is missing,” he said. “And that is an experienced driver. So I don’t know exactly how we’re going to do it, there is more than one way to do these things. We talked a little bit about it, but didn’t really do anything.

“But I want to see how they get on. And you can see a lot from data how much they improved and stuff like this, you can get a lot of information. When we get there, we’ll find a solution also for that if we need to, and I’m not sure that we need to.” 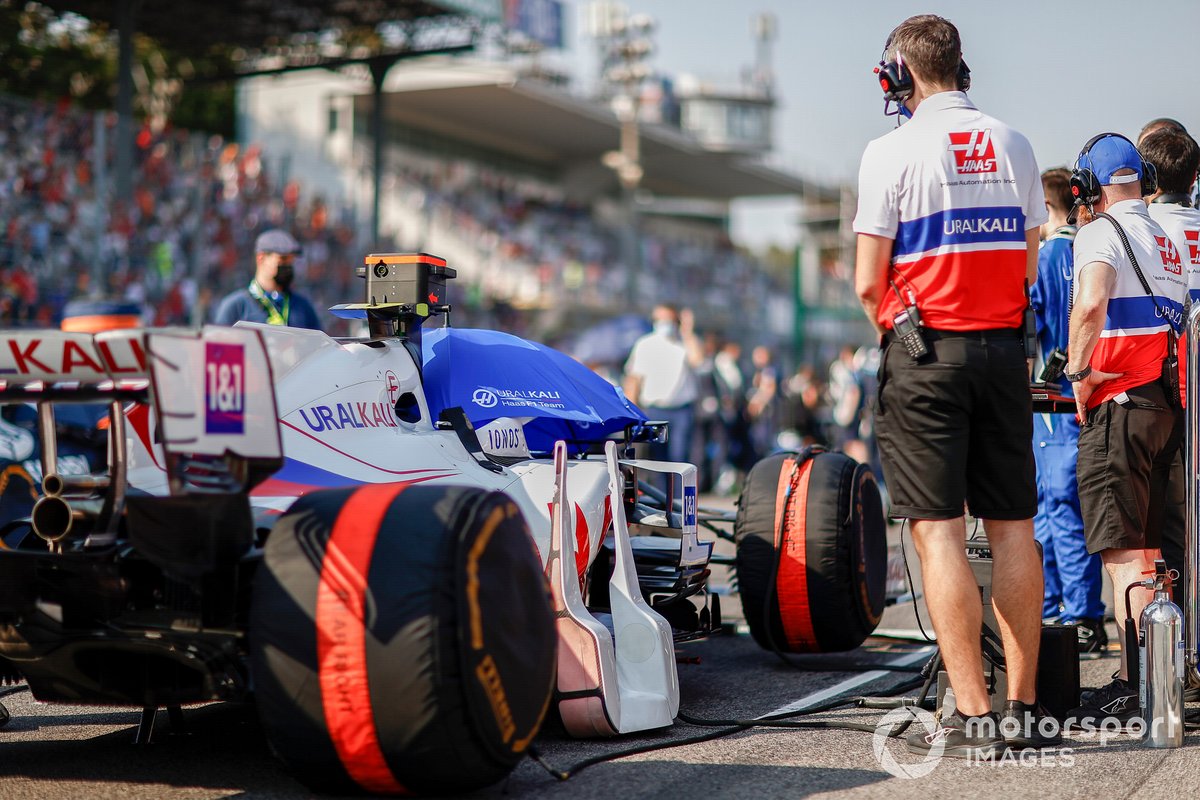 Mechanics on the grid with the car of Mick Schumacher, Haas VF-21

One problem is that for the team to make proper use of a third driver the Mazepin and Schumacher would have to give up priceless track time next season.

“It is always difficult if you take on reserve for a reference driver, call it like this, that will take them out of the car in testing and everything. And I think we have to get to that point at some stage.

“I will discuss it internally with the engineers, what is best for the team, but we haven’t made a decision. There’s a lot of these ideas floating around. But we haven’t taken that decision.

“And hopefully, we don’t need to do this, because that’s also not good if you put somebody in just to give you a reference, and then [the race drivers] lose time to drive it. So it’s very difficult decision to take.

“And I just hope that our car is stable enough that they can get everything out as much as possible. The better the car is, the easier it is for them to develop it. A stable car makes you go quicker, because it gives you confidence.”

Asked when he might make a call on a third driver he added: “It will be after the season if we have to take a decision like this.”