A running theme across the 2021 season has been the convergence towards the exposed corner floor layout which seems to yield assistance in sealing the floor, which was lost in the off-season thanks to the banning of the slots and cuts along its edge.

Red Bull has introduced a very curious new version of this, attaching a curved front fin that produces a channel between it and the fin behind.

This seems to be doing two different jobs, firstly to improve airflow expansion while the car is in yaw to improve downforce, and also shape any vortices produced at the corner into a tighter circulation.

Doing that improves the seal to the floor, ensuring that less turbulence sneaks underneath the car and reduces the effectiveness of the diffuser. 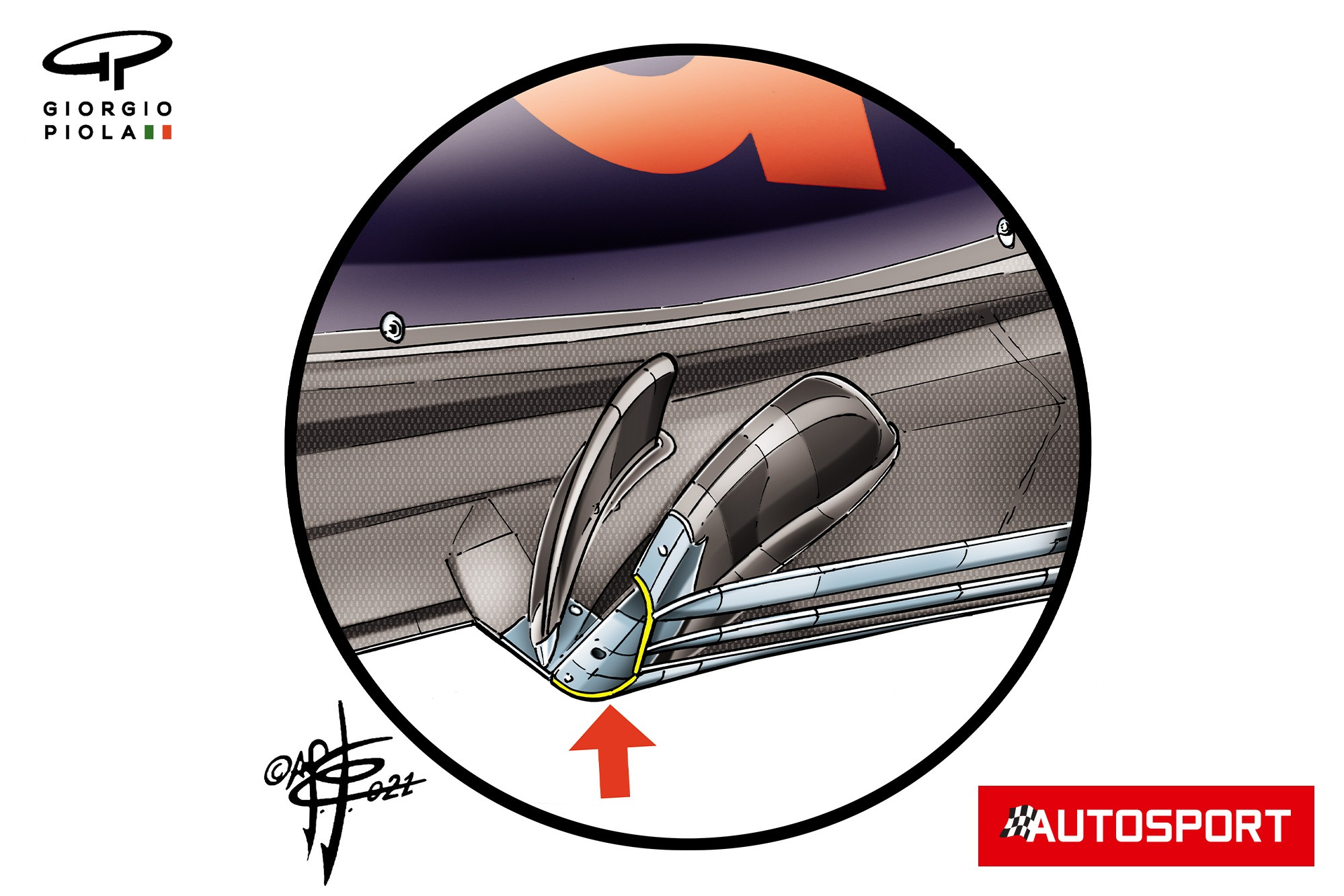 Around Zandvoort, having a setup that generates more mid-corner downforce on the banking is important to carry more speed into them, and Red Bull’s update seemed to do the business straight off the bat.

Max Verstappen surged to a controlling pole position at his home race, putting the Mercedes duo in the shade, and converted it into victory in front of a boisterous Dutch crowd.

Aston Martin also continued its development of the AMR21, reworking the exposed floor corner with a new array of fins. Previously, there were two collections of them; one sitting on the corner itself and the other just behind.

The Silverstone outfit reverted to just one bank of fins, but reduced the chord length of those at the rear to squeeze more in and turn the prevailing airflow around a greater angle. 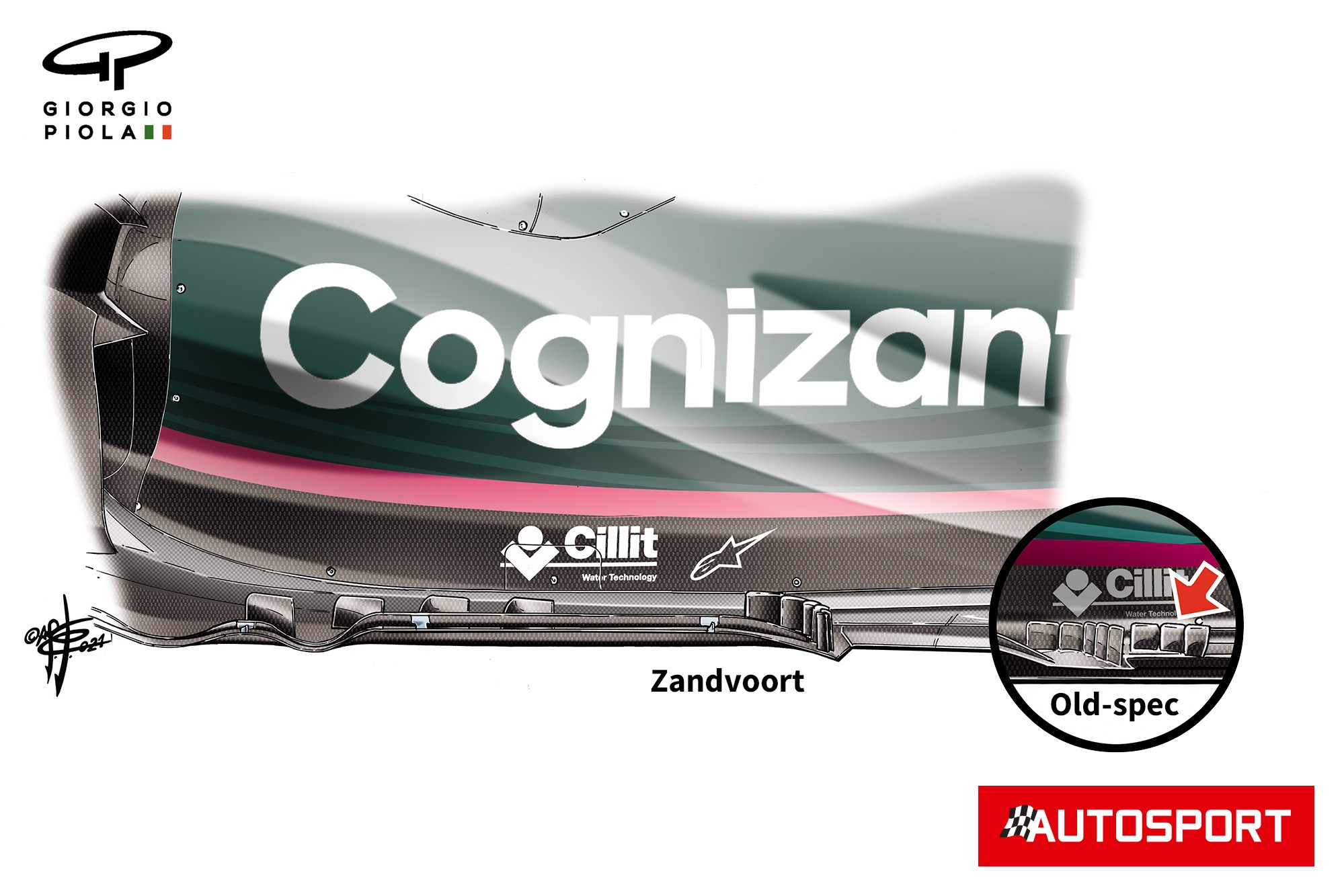 Knocked by the regulation changes at the start of the season, as the loss of floor span hit the low-rake cars harder, this has been an area of concerted focus over the year, especially as the team wishes to rise higher than the seventh place it currently occupies in the constructors’ championship.

But despite the team’s work, Zandvoort proved to be a difficult weekend; Sebastian Vettel was suffocated by traffic on his final Q1 lap and suffered a spin at Turn 3 during the race, hinting at a smidgen of rear-end instability.

But as the season passes its halfway mark, it would not be unfathomable for Aston Martin to be now winding down its new developments post-Monza and throwing its lot in with innovating for next year.