Leclerc insists Ferrari F1 engine issues are "nothing too big" Leclerc entered the race weekend at the Autodromo Hermanos Rodriguez feeling optimistic given Ferrari’s strength at high downforce tracks this year and the set-up requirements of the circuit.

While Ferrari ended Friday in Mexico as the leading midfield team, it finished over a second off Max Verstappen’s P1 time for Red Bull, led by Carlos Sainz Jr in fifth with Leclerc three-tenths further back in seventh.

Towards the end of second practice, Leclerc told Ferrari over team radio that he was “struggling so much with the engine issues”.

Leclerc explained after practice that the problems were nothing major to worry about, and that the team understood what was happening.

“We had some things going on in the background that wasn’t pleasant to drive, but nothing too big,” Leclerc said.

“Everything we can control, so it’s no big problems, it’s just a bit more difficult to drive in those conditions.”

Leclerc added that the issue was “just a bit of a lack of torque sometimes out of the corners” and a “lack of acceleration, but nothing too big”. 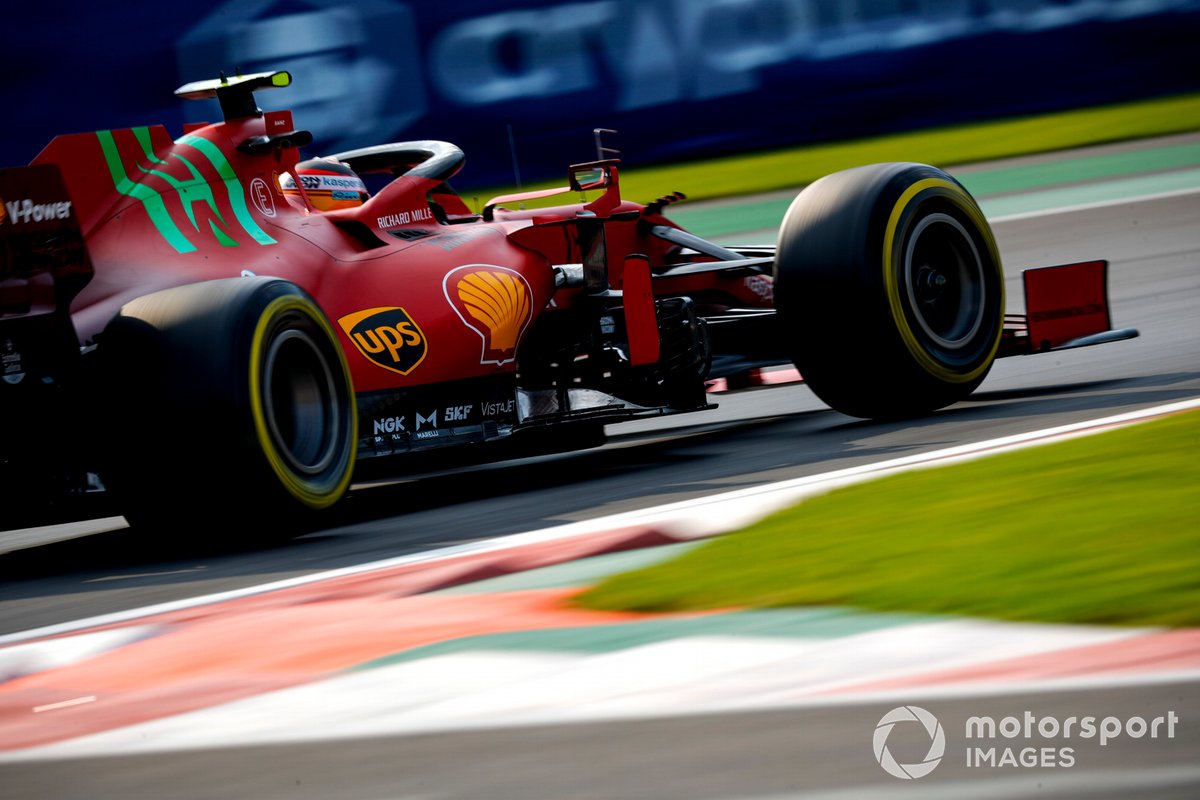 Sainz thought that teams were “all suffering a bit here and there with the temperatures, because of the thin air here and everything”, making it “quite a challenging day” for him.

Ferrari is looking to leapfrog McLaren in the fight for third place in the constructors’ championship this weekend after moving to within 3.5 points of the British team last time out in Austin.

Sainz and Leclerc both noted the impressive Friday display by AlphaTauri, who finished sixth with Pierre Gasly and had Yuki Tsunoda also reach the top 10 in FP2.

“It’s strange because we came here thinking that we would be quite competitive, but actually AlphaTauri looks very competitive,” Leclerc said.

“The Honda guys in general look very competitive. And McLaren also will be there. So it’s going to be very, very tight [in qualifying].”

Sainz added: “We’ve been looking good in the last few races. But here, I don’t feel like we have nailed the car balance yet.

“We are still a bit far from ideal car balance and ideal feeling with the car, and what we’re trying to do now going into tomorrow is make sure we put it in the right window and gain those extra couple of tenths that can put us in front of the AlphaTauri.

“At the moment, they look a bit quicker.”