McLaren explains how Norris has grown as an F1 driver McLaren has revealed the ways Lando Norris has grown as a Formula 1 driver, despite having already demonstrated some strong traits before making his race debut.

Norris is heading into this third season with McLaren in 2021, and delivered his first podium for the team at last year’s opener in Austria.

But while having made clear progress on the track from his rookie campaign, it is the Briton’s off-track attitude that McLaren has been equally impressed with.

Andrea Stella, McLaren’s racing director, says the approach Norris has adopted stands out as much as his pace.

“I think Lando is a really strong racer now,” explained Stella, when asked by Autosport about Norris’s development since he first arrived in F1.

“I would like to add that occasionally, he has been affected by some technical problems. And Lando, one quality I really like about him is that he doesn’t cry.

“So we can definitely witness his growth as a racer. Also his consistency, capacity to stay on the targeted lap time, capacity to execute a certain stint duration to achieve the strategy that we plan, his tyre management and so on. That’s the main things that we have been able to witness in terms of growth.” 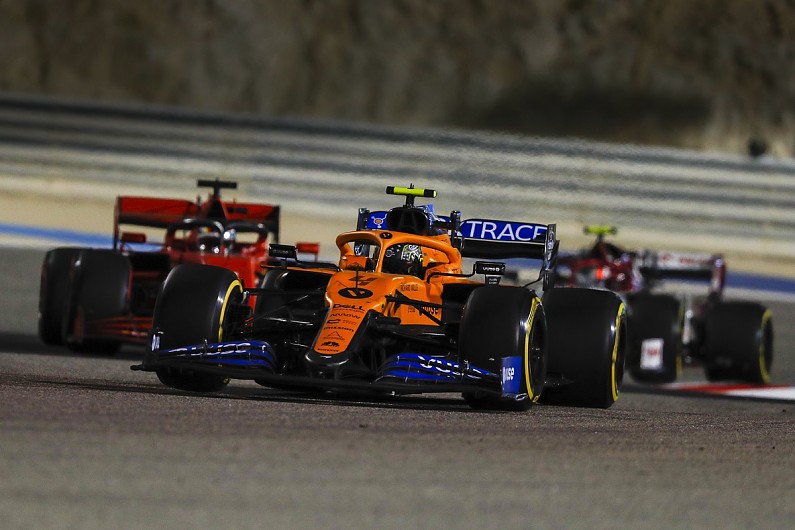 Stella says there has been a maturity as well from Norris, in terms of the car feedback that he has been able to give, which has come from a growth in confidence in his own abilities.

“He has more awareness of himself and more awareness of the car,” added Stella. “With his natural honesty when he started with us, very often Lando was saying: ‘I’m not doing a good enough job there. I’m not that good in that corner.’ He was very much pointing at himself.

“So I think we helped him separate what is the car, and what is the driver. Very often the driver actually needs to be more demanding with the car rather than simply thinking I need to adapt, or I’m not doing a good enough job at that corner.

“So he [Norris] now has more awareness of what should be driver contribution and what should be car performance. Then him being able to separate them, means his feedback has become more accurate.”