But while the focus for many outfits has been on the floor area, and some clever ideas have already appeared, McLaren appears to have stolen a march on rivals with a unique diffuser solution instead.

The package of rule changes for 2021 came in three parts – involving new requirements for the floor, the brake ducts and the diffuser.

For the diffuser, which is a powerful tool for harnessing airflow under the car to boost downforce, the FIA has mandated that the height of the dividing strakes between its channels are now 50mm shorter.

While the rule seems quite straightforward, there had been suspicions about McLaren having found a clever solution to the new rules when it was so secretive over this section of the car when it was first revealed.

It took particular care that renders from its launch and the images released from its ‘filming day’ at Silverstone did not show off any of the important parts at the rear of the car.

With teams having now revealed their definitive 2021 concepts in Bahrain testing, it has emerged that McLaren has indeed done something unique with its diffuser.

It appears to have employed a workaround that allows it to have two strakes below the theoretical cut line which has been created to reduce their height in the new regulations. 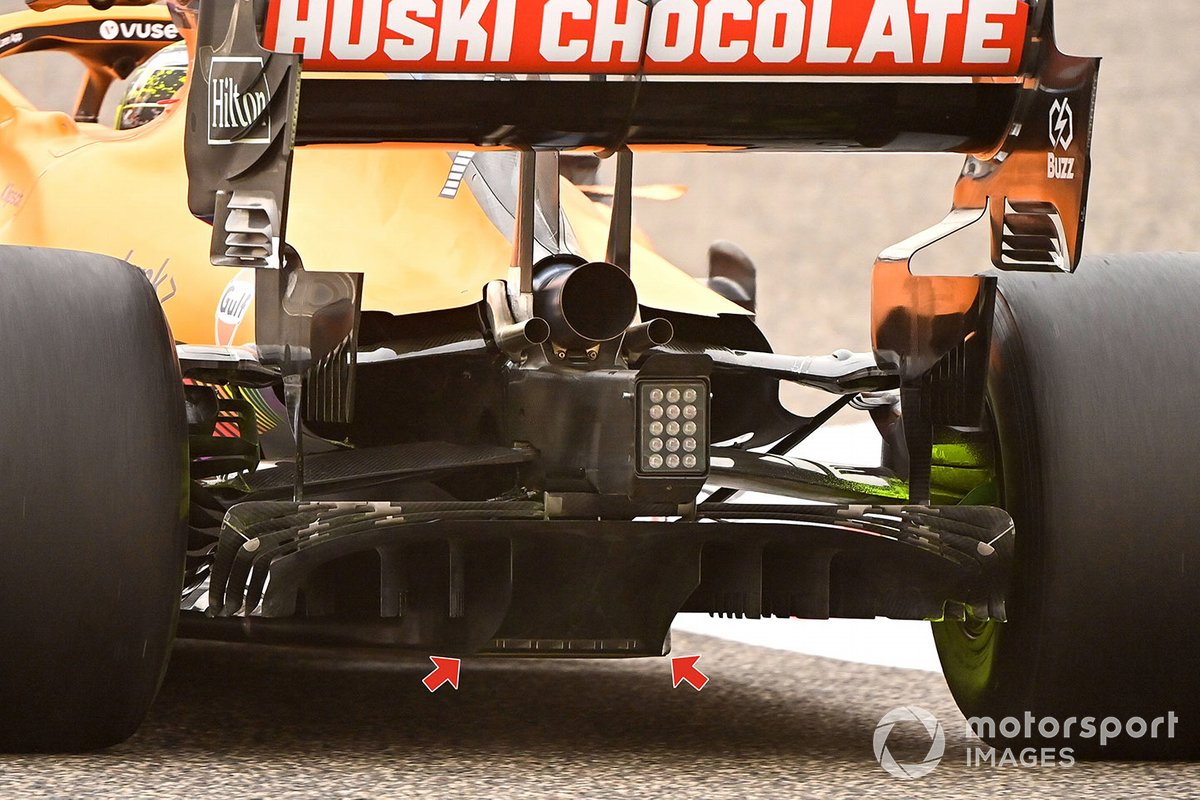 The ‘trick’ is that the aerodynamicists have extended the floor transition rearward to create these lower strakes than should be possible (red arrows).

These taller inboard strakes then gradually extrude upwards and outwards as the diffuser’s ceiling expands outwards. 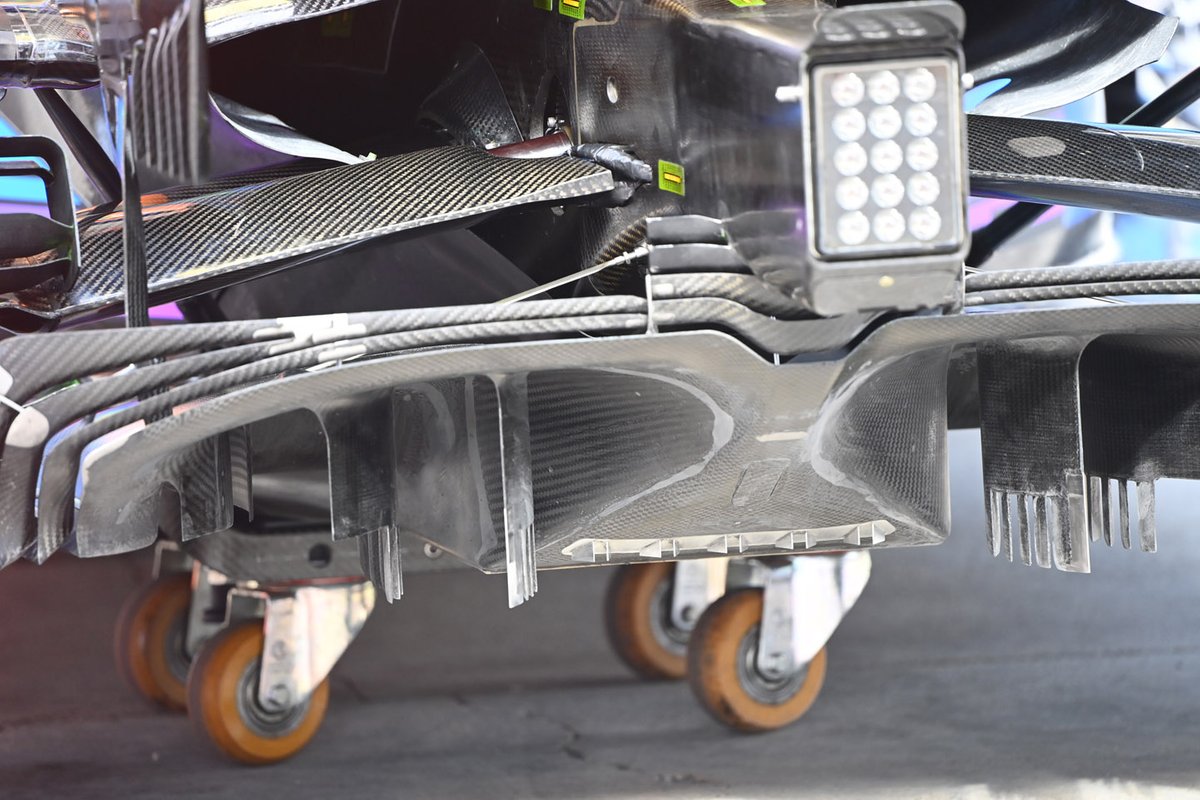 The expansion of the floor transition area is clear when we compare it to the design that the team used in F1 last season. (see above)

It is also in contrast to solutions seen at other teams where the strake depth is uniform across the diffuser, as can be seen on the Red Bull.

The McLaren idea is one that will almost certainly be evaluated by other teams to see if there is much of a performance gain there.

But with just two days left of testing, and less than two weeks until the first race, it is unlikely rivals will be able to copy the concept just yet. It may take some time for rivals to follow suit, if the benefits present themselves.