The FIA Formula 2 championship leader, who is a member of the Alpine Academy, is currently without a seat for next year if he clinches the F2 title.

With only one F1 seat available at Alfa Romeo, which Piastri says he is “not very confident about,” the Australian is instead focusing his attention on securing the Alpine reserve driver role for next season.

But he says if he was forced to spend more than one year out of a race environment, there would be “some serious discussions about what I do moving forward.”

PLUS: How F2’s biggest talent could be forced to spend 2022 on the bench

Speaking to Autosport, Piastri said: “Looking forward, that Alfa seat, I’m not very confident about that.

“Realistically, the most logical pathway is to try and be reserve driver for Alpine for next year and put in a lot of hours in the sim and really working with the team to try and get a 2023 seat.

“I’d be okay with spending one year on the sidelines I think. Obviously, it’s still not ideal, but it’s happened to quite a lot of drivers out there.

“That one I can accept, but if it was looking like more than one year out, then there’d some serious discussions about what I do moving forward.

“The aim would definitely be to try and be reserve driver at Alpine and then target a 2023 season. Given how the cards have been played this year, I think that’s the most realistic target now.” 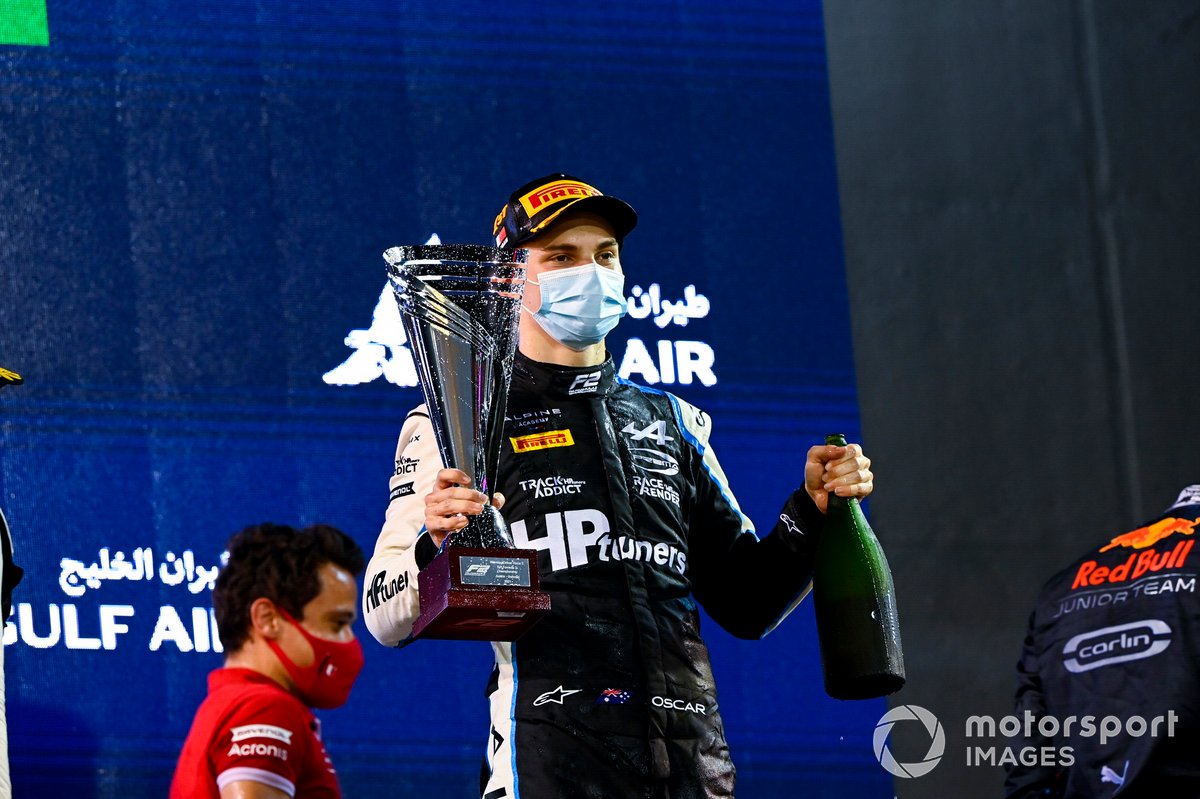 The F2 rookie, who took pole for the Sochi feature race on Friday, says part of the problem stems from him exceeding both his own expectations and those of Alpine.

He had initially planned to race in Formula 3 for two years before doing the same in F2, but won F3 in his rookie season and looks set to accomplish the same feat in F2 – a feat achieved previously by Charles Leclerc and George Russell.

“I think I caught myself out with how well it’s gone to be honest,” said Piastri, who is managed by nine-times grand prix winner Mark Webber.

“Naturally if it caught myself out, and I know more or less what I can do, then I think that’s naturally going to catch out a few other people as well.

“Not trying to sound arrogant, but there’s very few drivers that have managed to do what I’ve done and what I’m doing.

“George and Charles are kind of the only two that have had a similar fate. So without blowing my own horn, it’s not a very common situation.”