The McLaren driver believes the championship needs to reconsider its attitude to crashes, feeling that too much effort is made in glorifying accidents rather than focusing on F1’s other elements.

Last year, Ricciardo spoke to F1 chiefs to voice his displeasure at the way that they had repeatedly played repeats of Romain Grosjean’s fiery accident in Bahrain during a red flag period in the race.

Now, in an interview with UK lifestyle magazine Square Mile, Ricciardo says he believes F1 has continued to overstep the mark.

“I think last year, F1 put on their social channels, like, ‘top 10 moments of the year’ or something, and eight of the ten were crashes,” he said.

“I was just like, you guys are fucking idiots. Maybe 12-year-old kids want to see that kind of content, and that’s cool because they don’t know any better, but we’re not kids. Just do better, guys. Do better than that.”

Ricciardo has sensed a changing dynamic within the sport of things being spun up for public consumption, something which he says has definitely happened with the Netflix Drive to Survive documentary series.

“I think the first season of Drive To Survive was awesome,” he said. “I spend some time in the States, and I noticed it literally from one trip to the next. 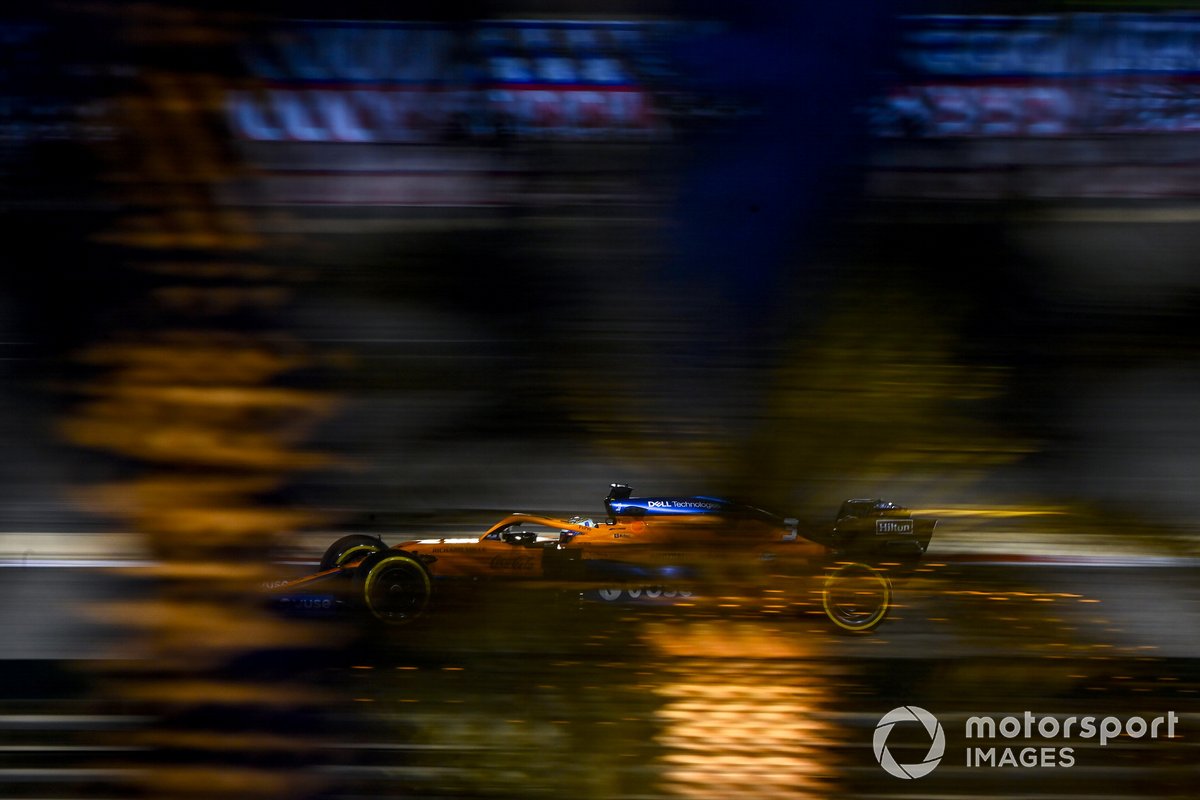 “It was the first time I started being recognised and people referencing that TV series. So it certainly did us wonders, even – not to talk social media – but numbers on social media went nuts. It did a lot for us and the sport.

“I mean the second season, there were some episodes or parts where I feel they forced it a little bit.

“They tried to create a bit of a rivalry between me and [Carlos] Sainz and it wasn’t really there. Like, he’s no more a rival than anyone else. There wasn’t any personal grudge with him, but I think [Netflix] wanted something, so a lot of questions led with asking about Carlos.

“Maybe no one noticed, but for me, I was like, he’s fine. I’ve probably got other guys that I dislike, you know, as opposed to Carlos… I mean, he dresses like a 60 year old, but otherwise he’s alright.”

Ricciardo said F1 had taken on board his concerns about the Grosjean footage last year during a lengthy chat he had with F1’s director of marketing and communications Ellie Norman in Bahrain.

“I think she was very understanding and appreciative, and I think also accepted my concerns as well,” he said at the time.

“She didn’t push back, I think she was trying to listen and learn as well, how they could maybe do things differently. But she also talked me through the reasons why they broadcast what they did.”