Daniel Ricciardo says that Renault learned lessons from its struggles on the new surface in Portugal that can be applied at Formula 1’s Turkish Grand Prix this weekend.

Like Portimao, where Renault couldn’t get its tyres into the right window, the Istanbul Park circuit has been resurfaced in recent weeks.

Ricciardo says that after the Portuguese GP his team studied the data and realised that it could have taken a different approach on set-up, one that could prove productive this weekend.

“Whether it’s the same or slightly different, I think there will be some similarities,” said Ricciardo when asked to compare the two resurfaced circuits.

“And when we left Portimao and digested it, the following 72 hours after that weekend, there were some things we looked back on and said, ‘Yeah, we’ll do that differently. Or if we had another chance, we’ll change this.’

“So we’re taking this weekend as probably that chance to kind of fix maybe a few little things that we did differently, and whether it turns out to be the same, time will tell.

“But I think we’re coming in with a bit more optimism then a few weeks ago.”

Ricciardo’s team mate Esteban Ocon was less convinced that the two venues could be compared directly. 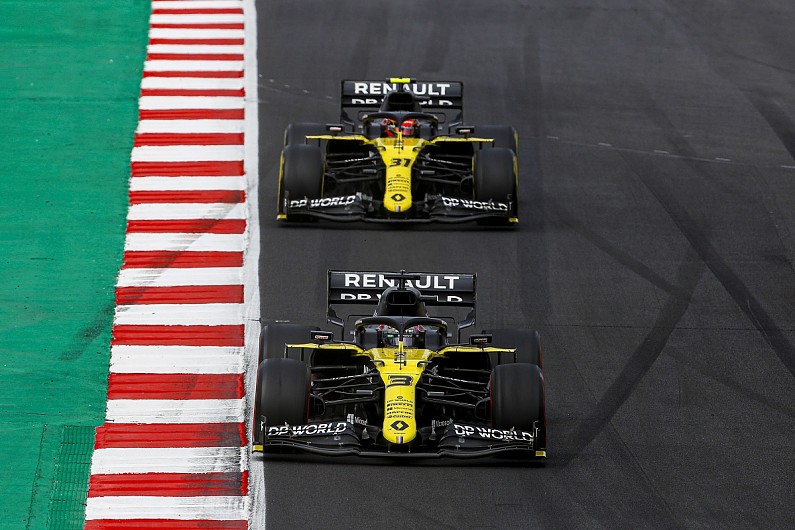 “I think on each track the car always feels slightly different.

“Sometimes it’s more off than other times, but we have more knowledge after Portimao, obviously, how to improve things, we had a lot of discussion on how to make things better.

“We have more directions now than we had prior to Portimao, so we are definitely more ready than we were, but if it is similar we need to work hard and try to fight with the other guys.”

Red Bull’s Alex Albon expects the track to be slippery when action kicks off on Friday.

“From the track walk, it looks really really dirty,” he said. “It kind of reminds me of Portimao a little bit, with these new resurfaced circuits that we’re going to.

“I thought they were going to bed it in, because obviously in Portimao the drivers complained that there was such low grip. So I thought the plan was to drive around a bit beforehand.”