The Williams driver finished the sprint race in ninth place but will start Sunday’s British Grand Prix from 12th place due to the penalty, with Esteban Ocon promoted up to ninth, Sainz to 10th and Gasly to 11th.

Russell has also been handed one penalty point on his F1 licence, moving him on to seven points in total over a 12-month rolling period.

The clash between Russell and Sainz was placed under investigation by the FIA Stewards during the sprint race, with a hearing taking place on Saturday evening involving both drivers.

Russell and Sainz went side-by-side into Brooklands, the Williams driver locking his brakes and understeering into the Ferrari.

With Sainz pushed fully off of the track, the FIA stewards deemed Russell responsible for causing a collision.

While previous clashes in recent races have resulted in time penalties during races, the incident has been treated like a penalty from qualifying given the new sprint race format.

“The Stewards note that breaches of the regulations of this sort in a race normally result in time penalties, which are scaled based on normal Grand Prix race lengths,” the FIA stewards notice read.

“Both because of the shorter length of Sprint Qualifying and because it is used to establish the grid for the race, the Stewards feel that grid position penalties, as imposed here, are more appropriate.” 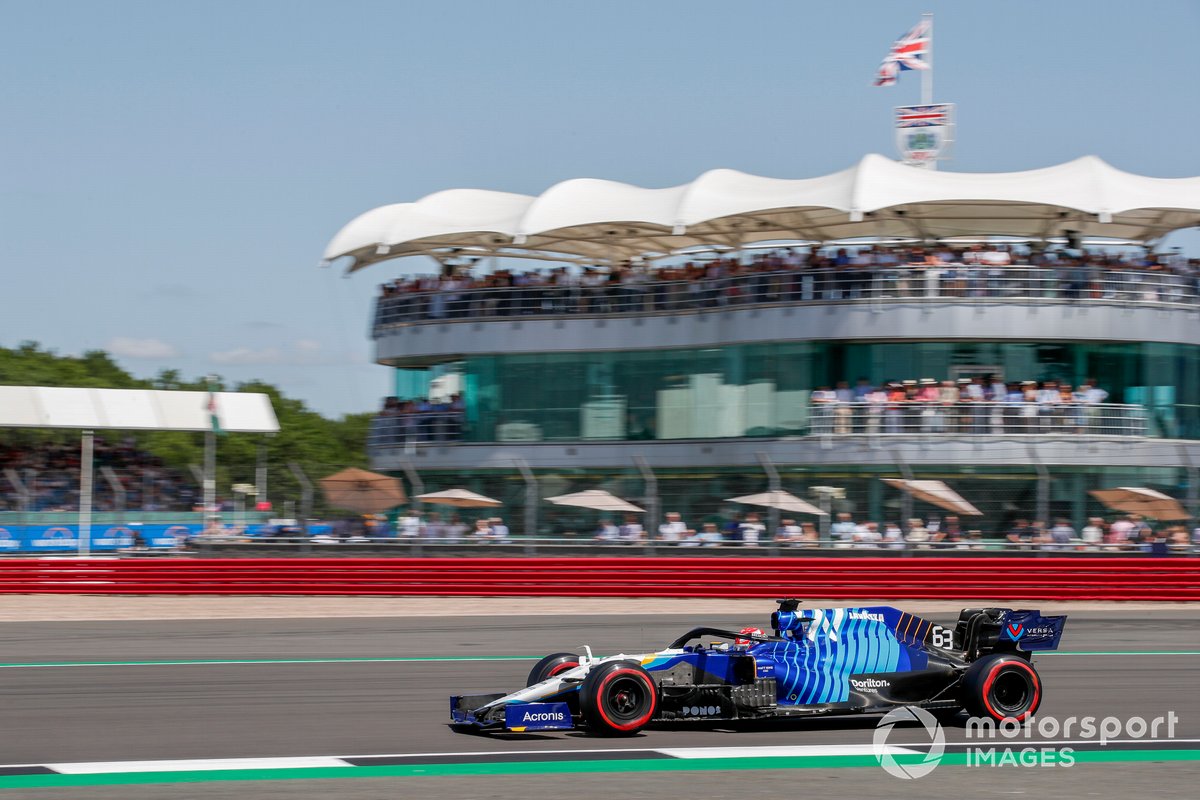 After the sprint race Sainz held Russell wholly responsible having been on his outside at the corner.

“I think it was a pretty obvious mistake from George,” Sainz told Sky Sports F1.

“I guess it’s difficult for us in dirty air following each other, it’s easy to do mistakes like he did, but obviously it cost me quite dearly today going from tenth I think that we were battling, to last, and then having to come back to P11 and finishing behind him.”

Russell felt there was little he could have done to avoid the incident as he believed Sainz had “cut in on me”.

“Carlos came from quite wide and sort of cut in on me. I saw it, but there was nothing really more I could have done with the angle I was at,” Russell said.

“I was trying to steer more, I was on the brakes, but as you can see I started to lock up as he was closing the door, so there was nothing more I could have done.”

Sainz was also investigated for allegedly rejoining the circuit in an unsafe manner, but no further action was taken, while the Ferrari driver, Sebastian Vettel and Nikita Mazepin were hit with warnings for not carrying out the correct practice start procedure in FP2.