Russell: ‘Race of survival’ hardest for Williams since 2019 Russell set his sights on scoring his first points for Williams after qualifying 11th on Saturday, finishing just half a tenth off a Q3 berth.

But the race proved more difficult as Russell slipped back through the order, ultimately finishing one lap down in 16th place.

Williams entered the 2021 season anticipating big peaks and troughs in its form due to the sensitive nature of the FW43B’s aerodynamics, with windy conditions in Bahrain causing it to struggle.

Russell felt the wind at Portimao on Sunday had exposed the aero-sensitive nature of the car again, saying it was the most he had struggled since 2019 when Williams was adrift of the field.

“It was definitely an incredible struggle for us,” Russell said after the race.

“It was probably the most difficult race we’ve had since 2019.

“We know the strengths and we know the weaknesses of our car. [It’s] incredibly sensitive aerodynamically. And we saw in Imola when the conditions were calmer the performance was there.

“Then today it was nowhere. And unfortunately that’s the nature of the beast with our car at the moment. We’ve had three races now, two of which had been very gusty and very exposed circuits.

“Fingers crossed we’ll not talk about this whole season.”

Russell was initially able to hold on to 11th in the opening stages, only to begin to slide back through the field following the safety car restart. 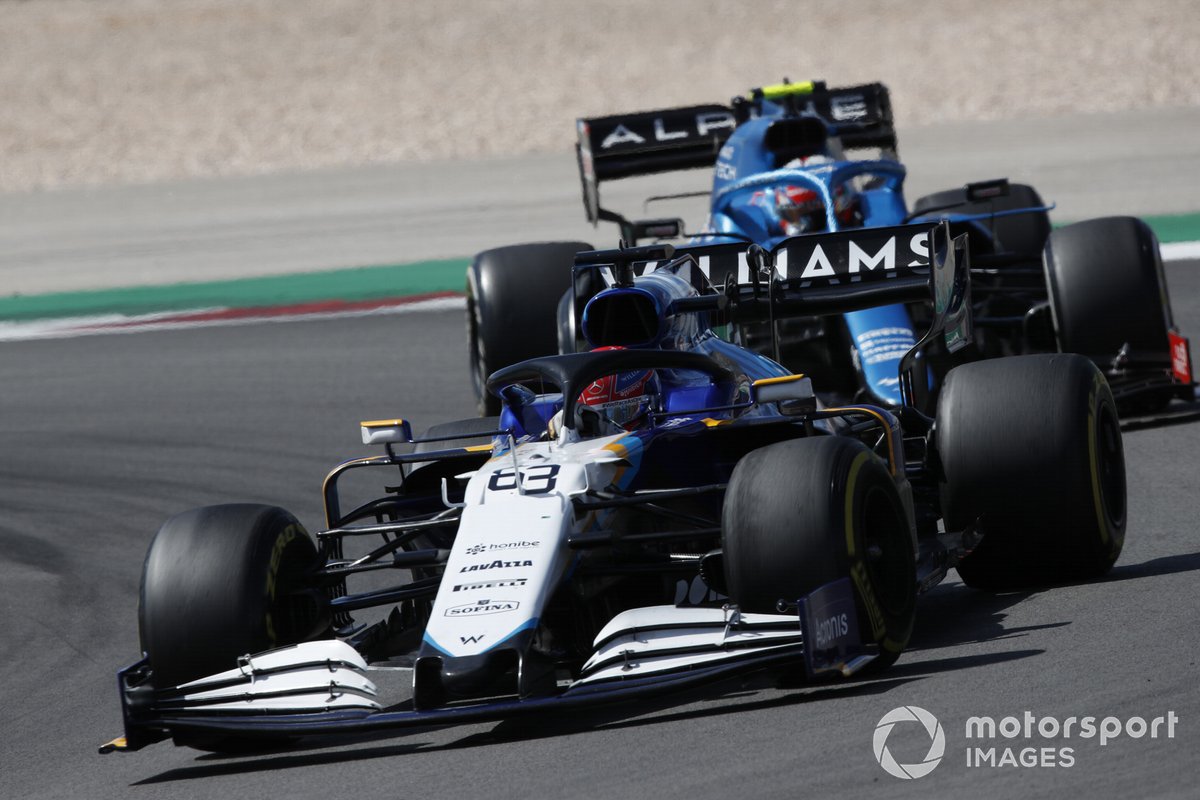 Russell doubted that his race would have been any different had he not lost out to the trio of Daniel Ricciardo, Antonio Giovinazzi and Fernando Alonso on the restart, saying it would have “made no difference” to his race.

“We would have dropped back regardless,” Russell said.

“That is the nature when the car is so sensitive aerodynamically. It gives no confidence to myself or Nicholas [Latifi] to attack on those first laps, we’re constantly on the back foot battling from behind.

“It was a race of survival, keeping the car on the track as opposed to actually racing. And that was, as I said, one of the hardest races we’ve ever done.

“It was a real shame because the car just had potential. Have we just been unlucky? I don’t know. Will this the story of the season? Perhaps not, because we have been now at two race tracks that were very gusty, very windy.

“Everyone up and down the pit lane is talking about it, and Bahrain and Portimao are very exposed. So let’s just see as the season progresses.

“It’s clear there is pace in the car. But this car has to be aligned for us, or else we’re just going to be nowhere really, as we were today.”