Russell: Reaching Q3 in Austria feels like a pole position for Williams Russell finished just eight-thousandths of a second shy of a Q3 berth last Saturday at the Red Bull Ring, and was in the hunt for points in the race before a power unit issue forced him to retire.

But Russell showed few signs of the setback hurting him as he battled his way into Q3 for the first time in Williams colours, dumping Ferrari’s Carlos Sainz Jr out in the final stages of Q2.

Russell sat ninth after the first runs in Q2, but a decision to move to the slower medium compound tyre did not prove costly as he still improved his time and made it through to Q3.

The Williams driver was able to qualify ninth, but looks set to gain at least one grid position as Sebastian Vettel is under investigation for blocking Fernando Alonso.

“It really felt like a pole position for us,” Russell said in the Red Bull Ring paddock after qualifying.

“Getting into Q3 is one thing, but doing so on the medium tyre is massive.

“We were obviously debating prior to the session in which order we do the Q2, whether it’s the soft first followed by the medium, or vice-versa. But we were pretty adamant we didn’t want to go in the top 10 on the softs.

“To manage to pull that off, almost feels like a pole position, and the most pumped up I’ve been since I last won a race, probably.” 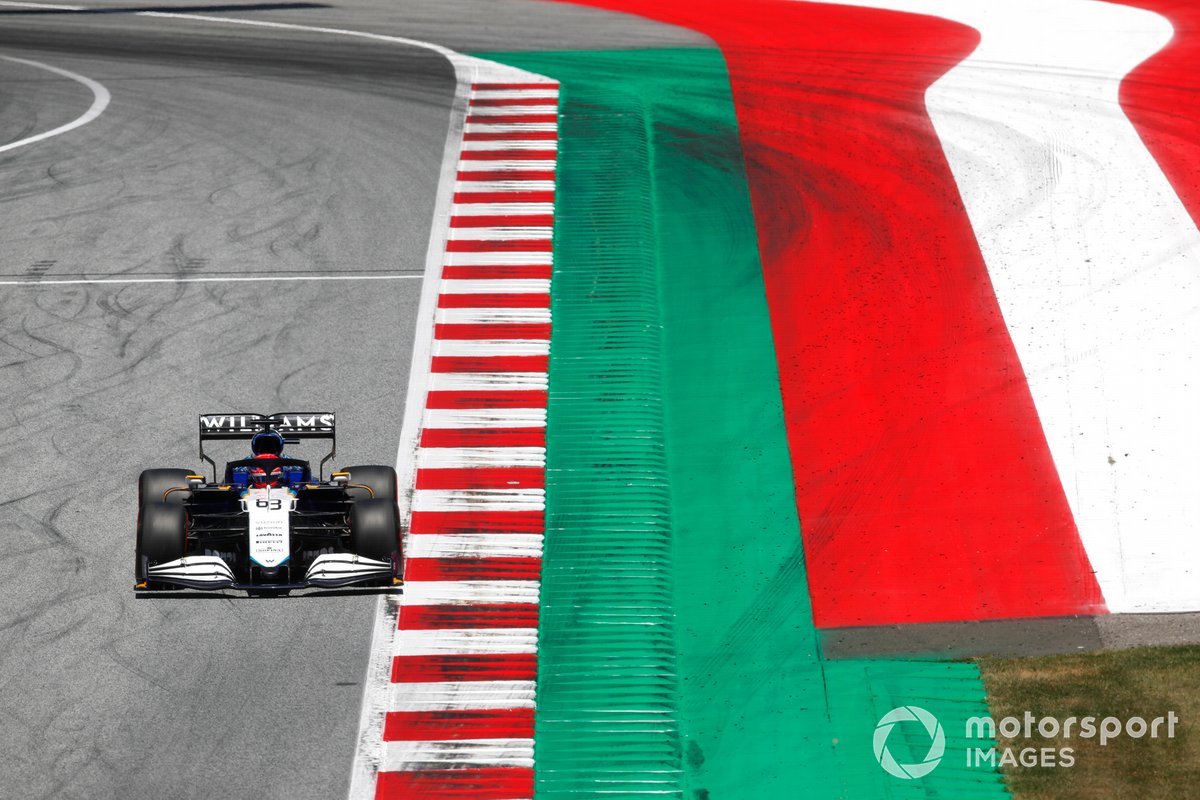 Russell’s result is the first time since the 2018 Italian Grand Prix that Williams has been in Q3, with his only other appearance coming in his one-off outing for Mercedes in Sakhir last year, when he qualified second.

Williams will enter Sunday’s race chasing its first points since Germany 2019, and with a real chance to try and overhaul both Haas and Alfa Romeo in the F1 world constructors’ championship.

Russell was upbeat about the team’s chances, believing the cars around him that are starting on the soft compound tyre may struggle more.

“If we did that last stint on the soft, it would have been really tricky, because like I said, we don’t think we wanted to be on that soft,” Russell said.

“We’re in an amazing position with the AlphaTauris ahead of us on the soft, [Lance] Stroll and probably Sebastian behind us on the softs too.

“We think that tyre is going to be disastrous in the race. It seemed like they know something we don’t! Hopefully they don’t.

“We’ve got flexibility to do as we wish with the strategy, whereas I think those guys are pretty locked in.”

The performance from Russell came on the same day that Mercedes announced Lewis Hamilton would be remaining with the team for two more years.

Russell is now in a straight fight with Hamilton’s current team-mate, Valtteri Bottas, for the second Mercedes seat, having been part of its junior programme since 2017.

But Russell said the timing of his charge to Q3 in the context of Mercedes’ driver decision was not something he was giving much thought.

“With regards to timing, it’s not even playing on my mind,” Russell said.

“I’m just week in, week out, I just want to show what I can do to everybody and to myself, to Williams and Mercedes, and hopefully this just adds to that.”