The Spaniard’s Ferrari was badly damaged when he spun into the barriers at the banked Turn 3 left-hander, his car turning sharply right and breaking the front-left suspension.

A delay in getting in back to the pits did not help the mechanics with the repair job prior to qualifying.

Fortunately, his gearbox didn’t have to be changed, so no penalty resulted.

“At the beginning I didn’t know what had happened,” said Sainz.

“Then I had a bit of an analysis, a bit of a cool-down in my head, and after what I’ve seen in quali, it’s very clear now that centimetres off line there’s clearly less grip than online there’s a bit of sand.

“And I missed the apex by maybe 20cms in that lap, and I and you can see maybe that I pull up a bit of dust, and I think that is enough to create an accident at this circuit.”

Sainz stressed that his accident and those suffered in qualifying by Williams drivers George Russell and Nicholas Latifi showed that Zandvoort extracts a heavy toll on errors.

“In terms of challenges, away from Monaco and Baku, I think this is biggest challenge of the season for the driver,” he said.

“I loved it. Even [in] the accident, I felt like I deserved to crash.

“To be 20cms off line, because this is how a circuit should be.

“The prices that we all paid when we were doing mistakes out there is how F1 should be, and how we want the circuits of the future to be, not in the direction that they went 10 years ago. That has been unfortunate.” 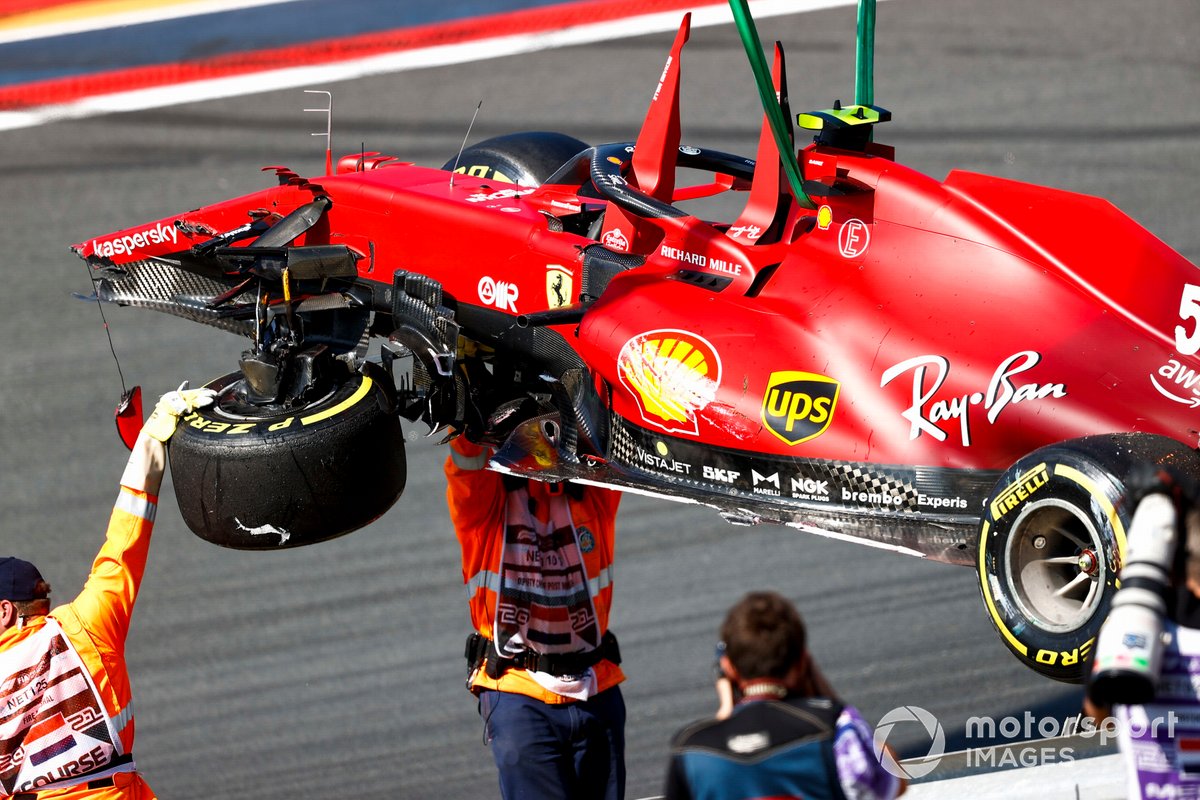 Sainz admitted that until he was able to drive the repaired car out of the pitlane in Q1, he didn’t know if it would be ready in time.

“It was in doubt until I pulled out of the pits,” he said.

“Normally when you’re in that kind of situation your mind tends to go into a bit of a negative state, because you’ve just crashed, you’ve just cost the team a massive repair to do, and you’re negative, you think you’re not going to make it.

“And suddenly the mechanics makes things impossible possible, and you’re out.

“It’s a high pressure high tension moment for everyone and you kind of need to refocus, you need to make sure you don’t put it in the wall again, and then do the qualifying. It’s it’s a tricky one.”

Sainz praised the Ferrari crew for readying the car in time.

“The recovery is purely thanks to the mechanics,” he said.

“The car wasn’t back until 20 minutes after the session, which made everything even more pressed for timing.

“They did an incredible job to put everything together and to allow me to go out.

“We sometimes talk a lot about F1 drivers being very special, but F1 mechanics are incredible, especially the guys today did an amazing job.”