In Sunday’s gripping grand prix at Interlagos Verstappen tried everything he could to keep the faster Mercedes of Hamilton at bay as the pair continued its hard-fought 2021 title battle, which is set to go down to the wire.

On Lap 48 Verstappen pushed Hamilton off the track at Turn 4 as the Briton attempted a pass around the outside. The pair both took to the painted run-off area before re-joining the track at speed.

The incident was noted by race control but not investigated, a non-call which sparked controversy as similar incidents were previously punished with a five-second penalty, most notably Lando Norris’ defensive move on Sergio Perez in Austria.

Mercedes has however since called for a review of the incident now onboard footage from Verstappen’s car has been released.

Ferrari’s Sainz, who also used the Turn 4 run-off area on a scrappy first lap, believes the whole ordeal could have been avoided by installing gravel traps instead of Interlagos’ tarmac run-offs.

“I personally think that this issue would be solved with a gravel trap on the exit of Turn 4,” said Sainz, who finished sixth in last Sunday’s race.

“I think you also saw at the start today a few cars – including ourselves – going wide in Turn 4. If there had been a gravel trap, we wouldn’t have gone there. 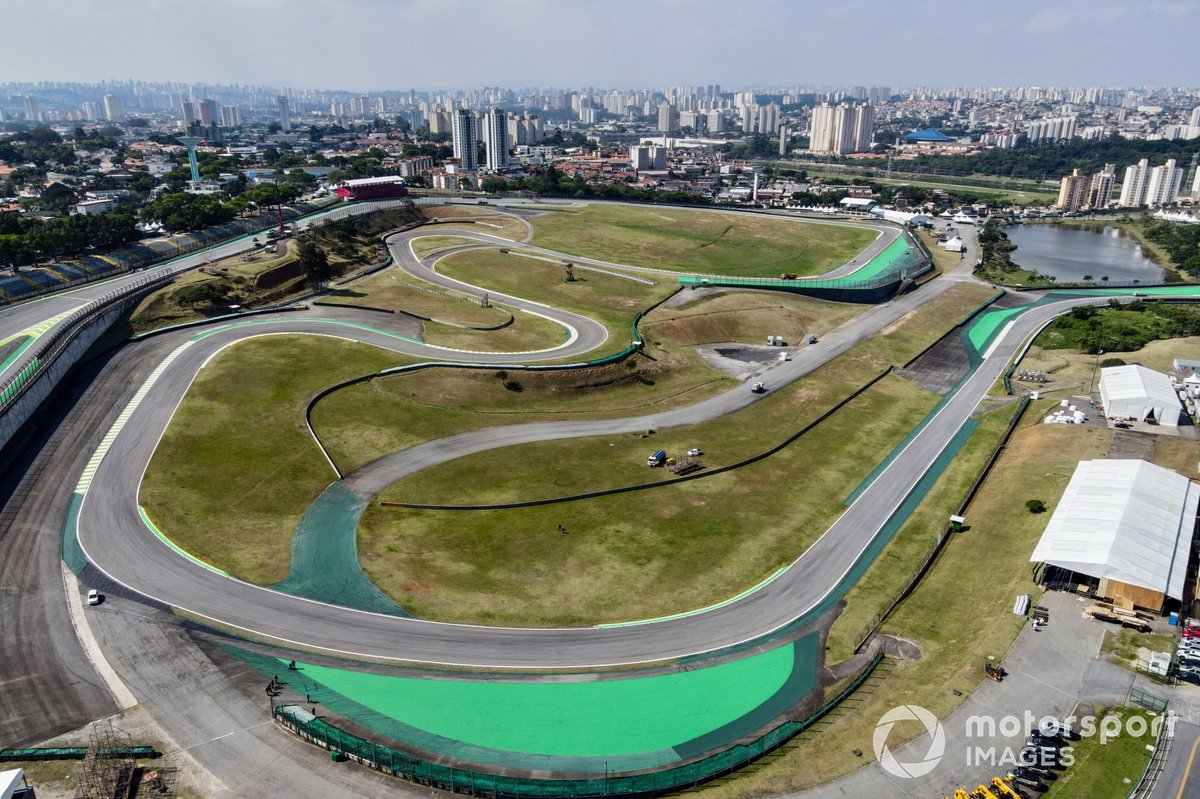 Sainz’ plea for gravel is part of a recurring theme over the past years as F1 has struggled to police track limits in a consistent manner. The Spaniard hopes that modifications can be made to Interlagos, particularly since the track doesn’t have to accommodate MotoGP bikes.

“We keep asking for gravel traps,” he added. “And we hope that in the future, especially at a track like Sao Paulo, where MotoGP is not running, we would like to see gravel traps back because we would never brake so late into Turn 4.”