Mercedes says that one further team member has tested positive for coronavirus at the Eifel Grand Prix, with further staff being put in self isolation.

Following the positive test of a member of personnel on Thursday, the entire team was retested at the Nurburgring as a precautionary measure.

The results came through on Friday morning, with one further team member having been confirmed as having contracted the virus, and one test coming back inconclusive. A retest for that case is now underway.

As part of the FIA protocols put in place to minimise the chance of a virus outbreak spreading, Mercedes has identified the team members who were in close proximity of the affected individuals.

That means four further team members, who have all tested negative, have been removed from the bubble at the Nurburgring and will take no further part in the weekend.

Mercedes has flown out six replacement staff members to fill roles at the team to try and minimise the impact of losing its regulars. 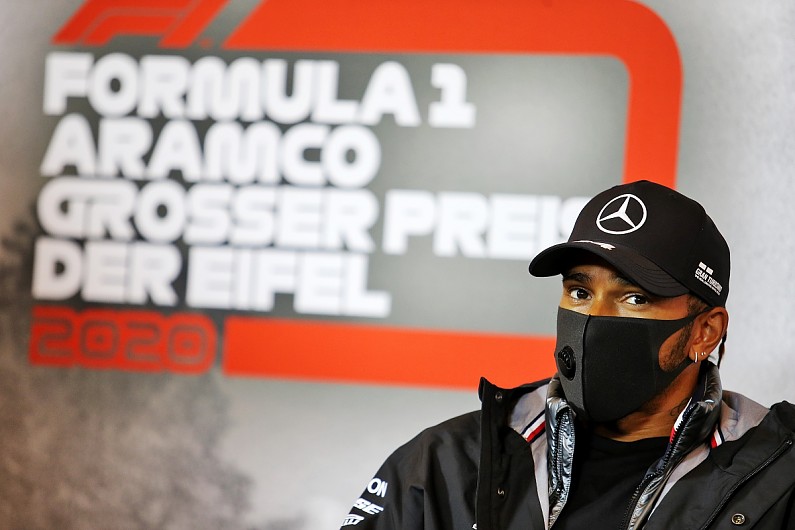 World championship leader Lewis Hamilton said on Thursday that Mercedes would need to work hard this week in incorporating the new staff to ensure there was not too much disruption.

“Naturally, it’s sad to hear that, for the guys that work so hard,” he said. “We’ve had this week in between, and those guys work so hard to stay safe and to be here on the weekends. So it’s definitely a concern.

He added: “I can’t say what it’s going to do to the weekend. We have a lot of great people within our team, it’s not just about one person.

“We’ll try and make him proud this weekend, and it’s just going to take a different type of work, a lot of work, to make sure that we continue on without any disturbances.”

Since F1 resumed at the Austrian Grand Prix in July, there have been very few cases of official team personnel testing positive.

Racing Point’s Sergio Perez had to miss two races because of catching coronavirus before the British Grand Prix, while the Mercedes incidents in Germany are believed to be the first team members who have tested positive at an event.