Lance Stroll admits his 2020 Formula 1 season “was a year of missed opportunity” given the competitiveness of his Racing Point package.

The Canadian took his maiden pole position for Racing Point – which has been rebranded as Aston Martin for 2021 – at the Turkish Grand Prix last season, and enjoyed two podium finishes as he made a step forward in form from his team.

But while chuffed with the good days, he still thinks more could have been more possible were it not for bad luck and catching COVID-19.

“We had some good results: a few fourth places, a couple of podiums, a pole – that was one of the bigger highlights of the season. So it was a good year,” said Stroll, speaking to Autosport.

“I think at the same time, though, it was a year of missed opportunity with the car we had.

“We had very competitive car – but there were other factors.”

Stroll points to the fact that the first half of the season was so strong for him, as he temporarily moved himself up to the best-of-the-rest slot in the drivers’ standings behind Lewis Hamilton, Valtteri Bottas and Max Verstappen.

But then following a podium finish at the Italian Grand Prix, his campaign went off the rails for a while as retirements, incidents and an absence through illness meant he did not score for five races. 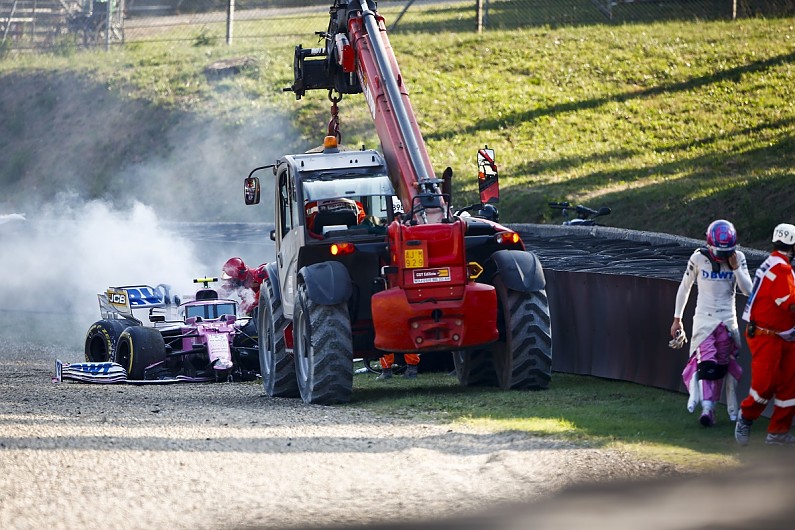 PLUS: The driver gap Aston Martin must address in 2021

“In the first half of the season I was sitting fourth in the world championship with a good gap to the rest of the pack,” he explained.

“Then after my puncture in Mugello it was a bumpy ride in terms of points.

“A part of me is a little bit frustrated that in so many races, we kind of just had a bumpy ride, and it ran a little bit downhill since my previous podium in Monza.

“There was a lot of opportunity in some of those races. In Mugello, we were up for the podium there and we had the puncture.

“And then I got COVID, missed a race there [Nurburgring]. There’s been a few unfortunate other races where we just DNF’d, and didn’t score any points.

“So I do see some missed opportunity in the season in total. But, all in all, it was a very fun year as well.

“It was a good year and it was a fun year – just competing in a car that has been up at the front for most of the season. That’s been awesome.”