The Dutchman took a dominant victory at Mexico City on Sunday after making a brilliant start from third on the grid to swoop around the outside of Mercedes rivals Lewis Hamilton and Valtteri Bottas at the first corner.

From there he was able to comfortably pull clear from Hamilton through the 71-lap race to finish 16.55 seconds in front at the chequered flag.

The victory extended his advantage over Hamilton in the drivers’ championship to 19 points with four races remaining, and he is further boosted by the fact that the next race in Brazil is again expected to favour his car.

But despite the positive situation, Verstappen knows that nothing is done yet – and he is well aware that a single bad race could pull Hamilton back in to contention.

“[There’s] a long way to go,” he said. “It’s of course looking good, but also it can turn around real quickly. But I’m looking forward to Brazil. I’m also very good memories there.” 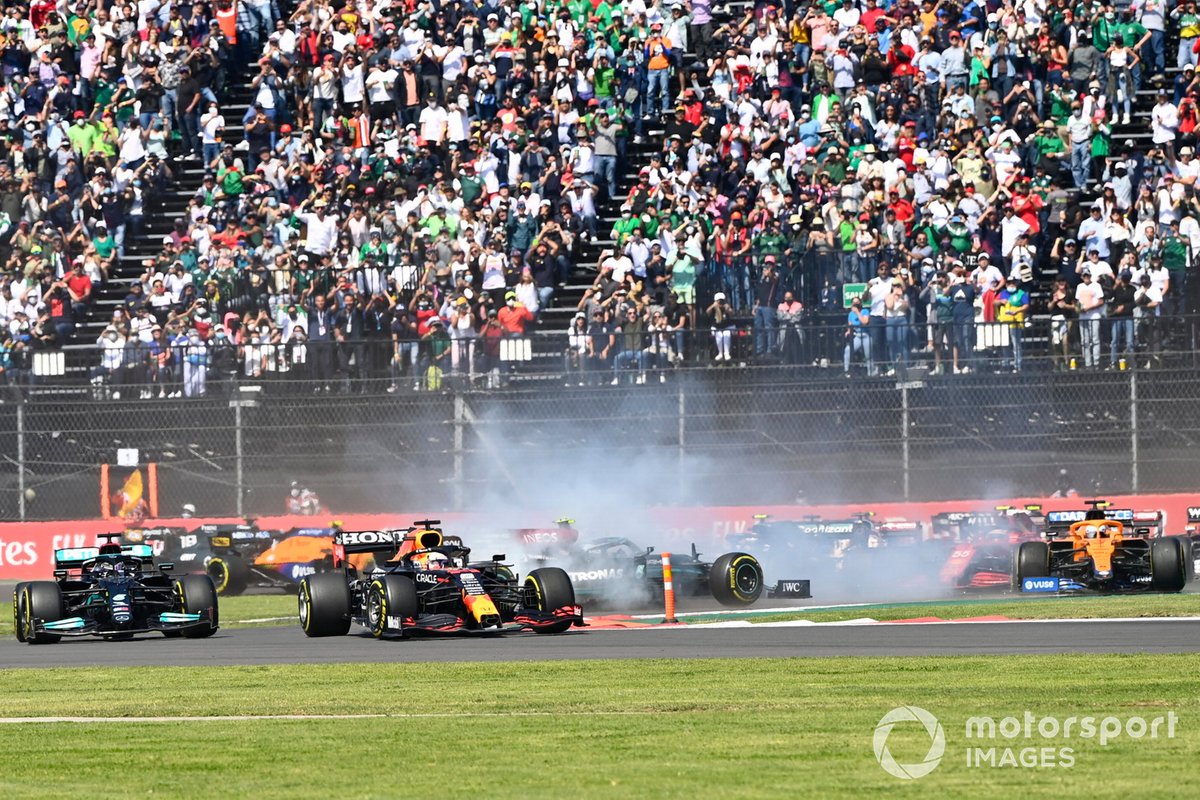 Verstappen said the critical moment of the Mexican GP for him was surging in to the lead at the first corner, as that gave him the clear air he needed to exploit the pace potential of his Red Bull.

“It was nice three wide, and it was all about just trying to brake as late as we can,” he said about the move.

“I kept it on the track and went from third to first, and that was basically what made my race, because then I could just focus on myself. Incredible pace in the car, so I could just do my own thing.”

Team-mate Sergio Perez delighted his home crowd with a third place finish, having challenged Hamilton in the closing stages as he pushed to secure a 1-2 for Red Bull.

Speaking afterwards, Perez said: “I wanted more today. I wanted to get a 1-2 for the team and it was very close, but I didn’t have a single chance to get through. I gave my full heart.”