What F1 can expect from Qatar from GP2's sole sojourn This weekend Formula 1 will make its first visit to Qatar’s Losail International Circuit, a track synonymous with holding the MotoGP season opener but which has only held a smattering of high-profile four-wheeled events.

The 3.3-mile track was built in time for the 2004 MotoGP round and features a main straight that is over a kilometre long. Floodlighting was added in 2007 – the gallons of diesel required to power generators is not a problem in this oil-rich state – allowing it to run events in the evening to a ‘European’ schedule to negate the time difference.

In terms of car racing, its first event was the short-lived Grand Prix Masters single-seater series for retired F1 heroes in April 2006. Nigel Mansell won that race, ahead of Christian Danner and Eric van de Poele. It also hosted the World Touring Car Championship for three seasons between 2015 and 2017, with retiring tin-top legend Gabriele Tarquini among the victors in 2016.

But its most high-profile car event to date was the ‘Grand Racing Weekend’ (clearly Wallace and Gromit were big in Qatar) featuring GP2 Asia and Speedcar Series, which had been switched from a date in Dubai for a reason that escapes this writer.

It’s a 15-mile drive from Doha to the confusingly-named nearby city of Lusail, which was under construction and was the closest thing to a ghost city I’ve ever encountered. There were impressively huge buildings almost everywhere you looked, but nobody appeared to actually live there. Losail International Circuit was a few miles down the road as you headed inland and, of course, it’s in the middle of the desert. 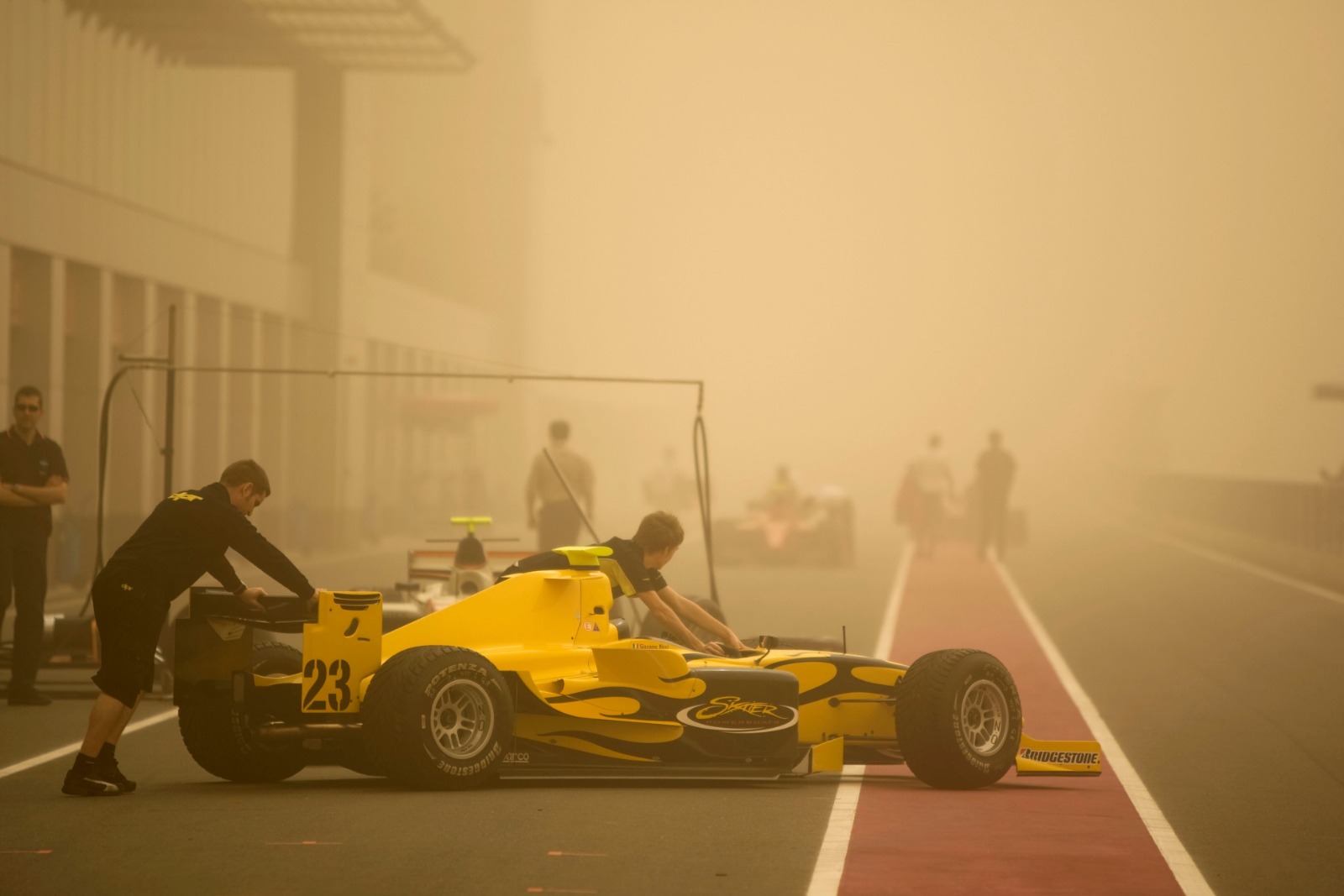 There, it was tricky to ascertain where the desert ended and the racetrack started: A huge sandstorm had just blown through and the sun was finding it hard to penetrate the dusty smog it had left behind.

Through practice and qualifying, drivers grumbled about the lack of grip. Under the lights, the circuit had an ethereal appearance with the sand particles in the atmosphere making the floodlights glimmer. Of the flat, featureless circuit – which makes Silverstone look like the Himalayas – Jean Alesi remarked that he “wasn’t always sure where I was on the track”.

At least the NASCAR-styled Speedcars that the 1995 Canadian Grand Prix winner was racing – effectively a late model stock car purpose-built for road courses – could lean on each other when it came to the races. In GP2, the only real overtaking spot was Turn 1 – somewhat reminiscent of when F1 raced at Mugello last year.

If you arrive with a speed advantage on your rival, then the outside line is absolutely doable to make a move stick. If a car does defend the inside line, it’s likely to slide wide and open up a potential switchback.

It’s the only race I’ve ever been to where someone ran along the front of the grandstand like a cheerleader, swirling a huge sword above his head – which certainly seemed to stir the crowd’s enthusiasm to cheer louder…

The other 15 corners? A trio of long, wide-open switchback bends, where most attempted passes ended up with contact and a car in the gravel, and the rest are high-speed sweepers – which will create some impressive g-loads but little in the way of overtaking. Track limits will undoubtedly need to be strictly enforced, as the kerbs are flat and wide.

Nico Hulkenberg and Sergio Perez were the GP2 winners that weekend, the former using a clever overcut strategy in the feature race as the Bridgestone tyres suffered severe graining issues – but once you were through that phase, the tyre got faster. The track hasn’t been resurfaced since it was laid; the consistent temperatures in the Gulf states mean that’s not a problem – but the sand rolling across it certainly is.

Hulkenberg holds the lap record with his 1m35.741s qualifying gambit, but expect F1 cars to smash that by anything up to 15s or more in qualifying trim. 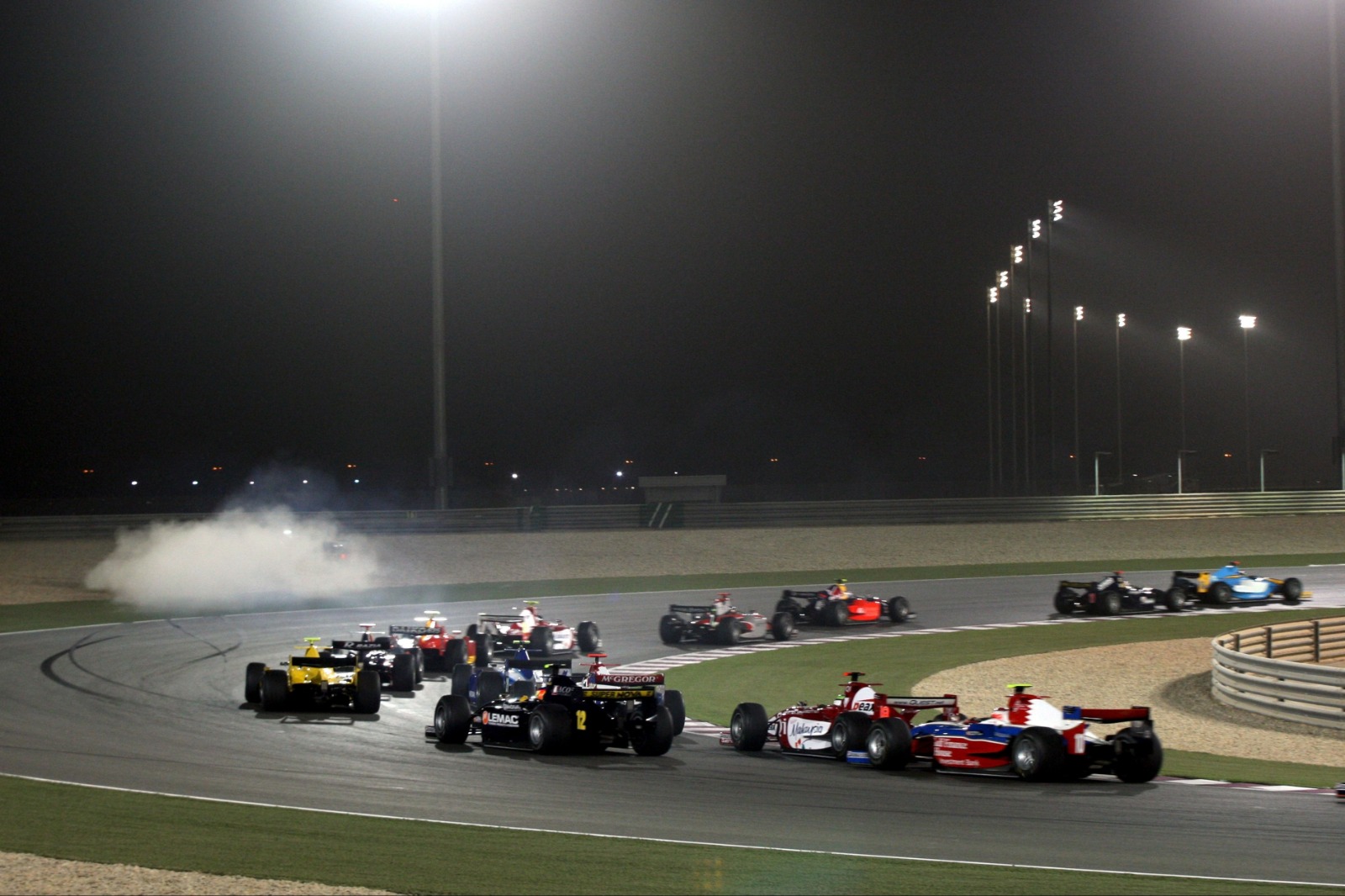 The circuit only had one grandstand (capacity 8,000) back then, across from the pits, and one of the GP2 teams’ local sponsors actually paid people to turn up. It’s also the only race I’ve ever been to where someone ran along the front of the grandstand like a cheerleader, swirling a huge sword above his head – which certainly seemed to stir the crowd’s enthusiasm to cheer louder…

Qatar Motor and Motorcycle Federation president Nasser Bin Khalifa Al Attiyah told me that weekend he was in the process of applying for an FIA Grade 1T track licence, and that it would require the asphalting of 50% of its run-offs to gain the licence. Sure enough, that has since turned into full Grade 1 for this weekend’s Grand Prix.

The track has constructed some extra seating to the north of the main grandstand, towards Turn 1, plus temporary grandstands on the inside and outside of Turn 10, with extra VIP seating too. But don’t expect a huge crowd, with the ticket prices starting at $310. Maybe they’ll need the chap with the sword to show up again! 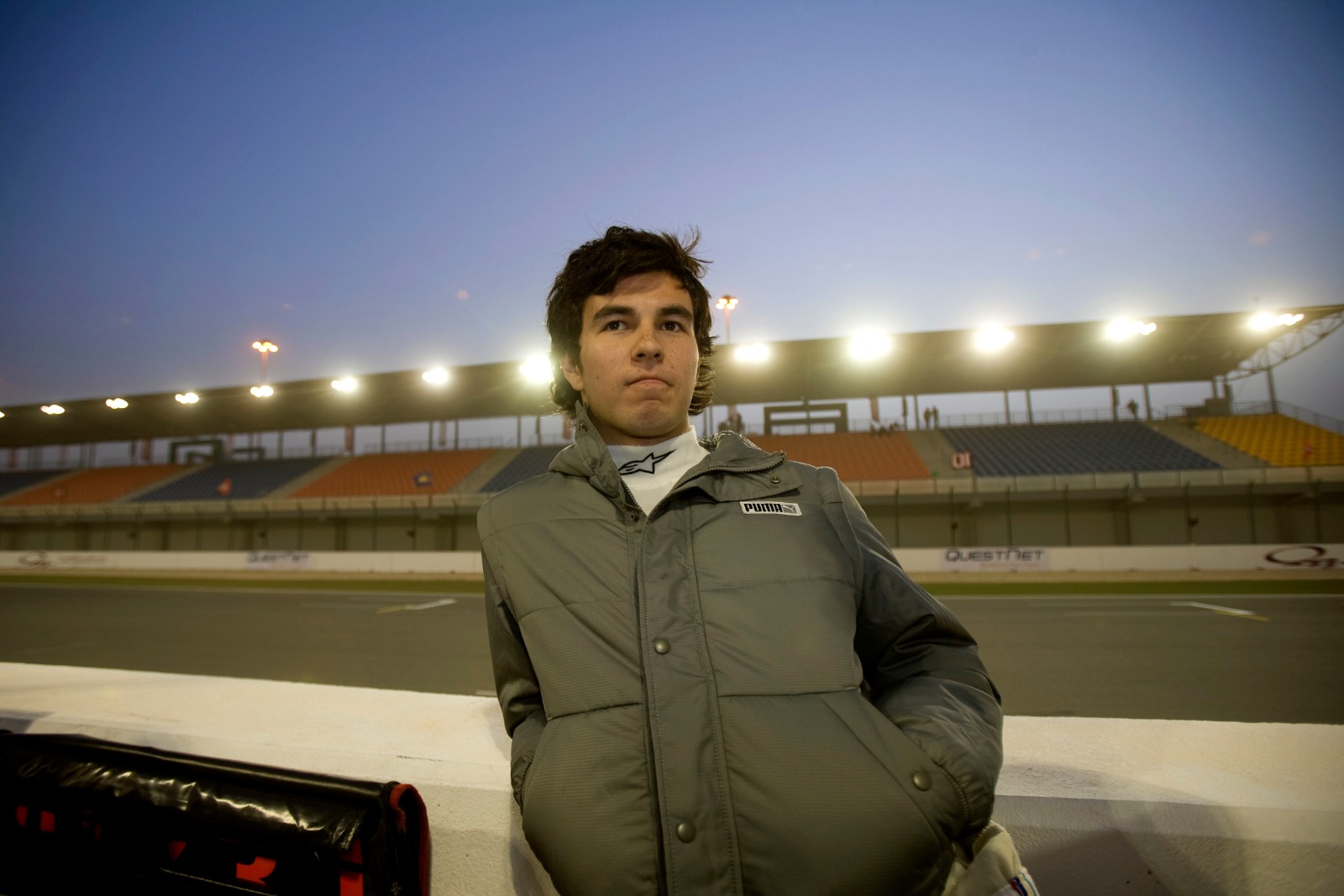