Russell, who has scored points in three of the last four races for the team that had previously not scored a top 10 result since the 2019 German GP – but has been making steady progress on its car’s pace in the last two seasons – qualified third in Sochi behind Lando Norris and Carlos Sainz Jr.

The British driver will switch to Mercedes next year and as a result could become a regular rival to Red Bull’s Max Verstappen, who was asked about Russell’s recent results after qualifying in Sochi.

The Dutchman said that Russell “still did an amazing job, but I think people have to understand that that car isn’t as bad as people think it is” and added “in Spa, that car is not a Red Bull or a Mercedes, but they also ran more wing and more downforce”.

When Verstappen’s comments were put to Williams’ head of vehicle performance by Autosport, Dave Robson replied: “I mean, yeah the car is a factor in [those good recent results].

“If it was really bad, then we wouldn’t be able to get those results.

“We haven’t added any wing to the car. So that is our best dry car put forwards.”

Robson went on to explain how his squad has also been reaping the benefit of making smart operational calls in tough circumstances, such as giving Russell an extra final preparation lap in the wet Q3 at Spa, where he qualified second and went on to take that spot in the controversially abandoned ‘race’ that followed, and its call to take slicks on the drying Sochi track on Saturday. 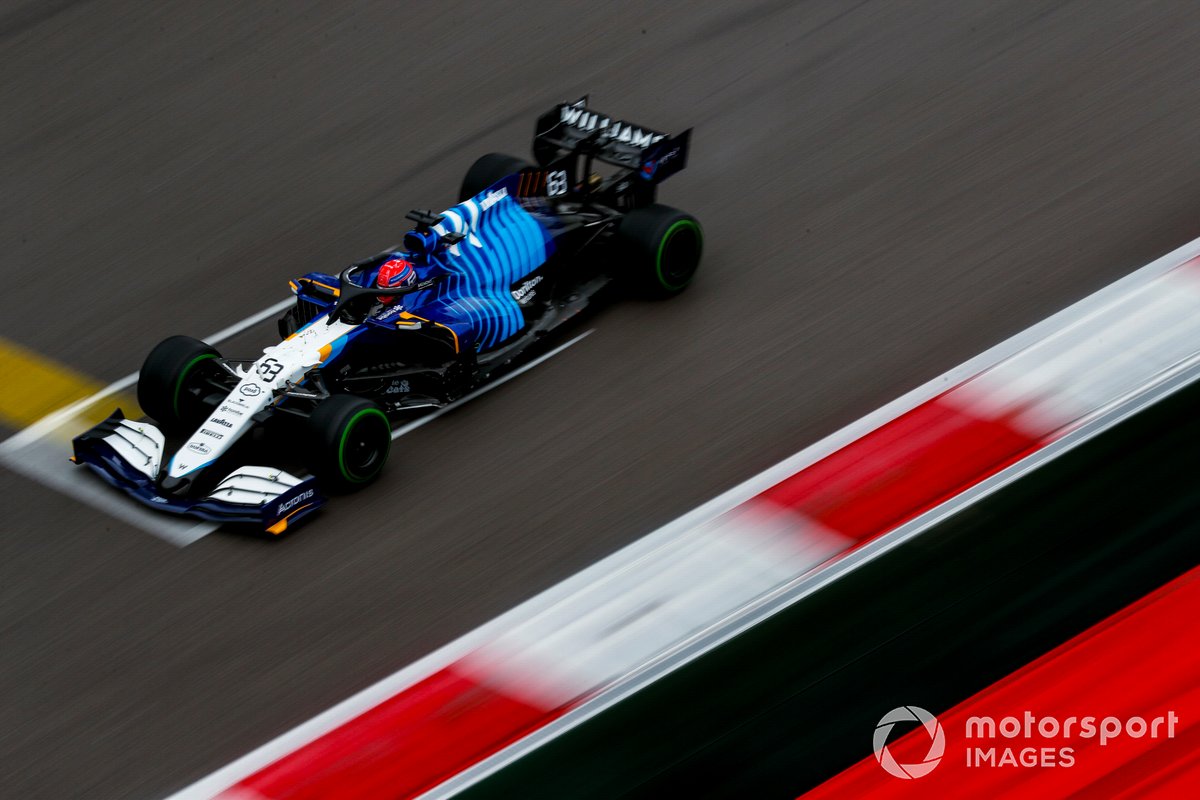 “I think what we do do a good job of is getting on the right bit of the track at the right time, generally, with a bit of an exception in George’s case in Q1 [yesterday],” said Robson.

“And we do seem to be able to find some good grip from those intermediate tyres in those conditions. And in this case, the slicks as well at the end there.

“But I think that was all about just getting onto them early enough.

Robson also explained that Williams was “quite happy to use up the inters in Q1 and Q2 to get as far up as we could”, with Russell using all his new sets of the green-walled compound to reach the shootout, where he was the first driver to switch to slicks – a situation that undid the previously dominant Mercedes squad.

“Q1 was not quite as serene as we would have liked, [George] spent a bit of time behind the two Haas cars, which held him up for a bit, so we didn’t get that bit quite right,” said Robson.

“But, otherwise, once we fitted the second set [of inters], he was fine and had more than enough pace to get through.

“By the time we got to Q3, we were conscious that it was getting pretty close to the crossover [for slicks]. And we just needed to decide whether to go for it or not.

“And if we were going to go for it, then do it soon enough that he had enough time to understand the conditions on the slicks and get the tyres up to temperature.

“So, it worked out really well not having to use intermediates in Q3 – because we didn’t have any new ones left.”