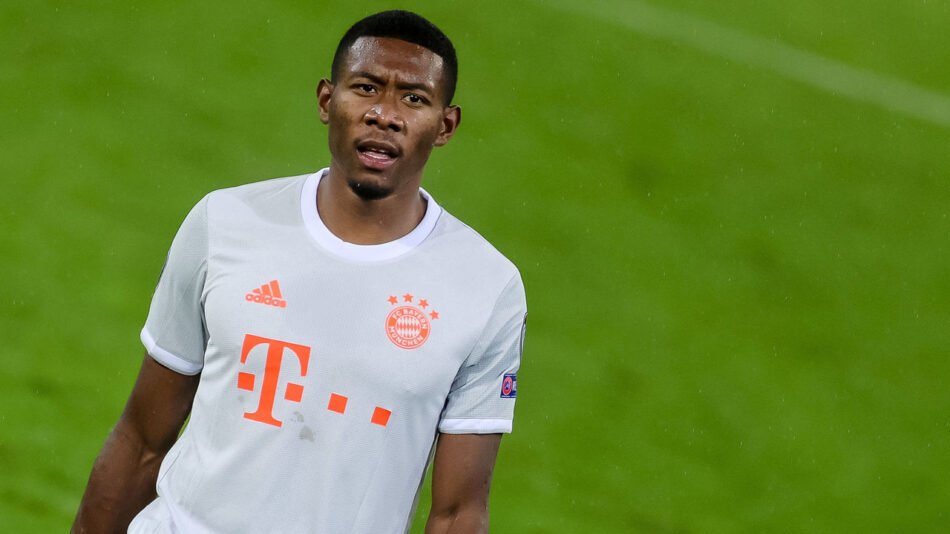 The summer window is now closed, but that’s done little to slow a frenzied rumor mill fueled by missed opportunities and future targets. With the January period fast approaching, here’s a look at what’s hot in transfer talk.

Juventus fans, look away. According to Calciomercato, Juve might consider a summer swap deal that would see divisive Paris Saint-Germain striker Mauro Icardi moving back to Serie A, with Argentine countryman Paulo Dybala going the other way should he not agree to new terms in Turin.

In other Juve news, an offer for Atletico Madrid center-back Stefan Savic is pending, while Napoli outcast and Inter Milan target Fernando Llorente is being watched. IBiancoNero says Chelsea duo Olivier Giroud and Emerson, Sassuolo’s Manuel Locatelli, and Udinese’s Rodrigo De Paul have all landed on Juve’s radar, as well. Collect them all!

David Alaba appears set to leave the Bavarian capital on a free transfer this summer after Bayern Munich withdrew a contract offer of €11 million plus incentives in annual wages. Manchester City, Manchester United, Barcelona, Real Madrid, Juve, and PSG have all been linked with the versatile Austrian.

A new suitor has thrown their hat in the ring, with Bild’s Christian Falk claiming Chelsea is set to meet with Alaba’s agent Pini Zavani once transfer rules permit the two parties to officially hold talks in January, which is definitely what’s happening in this situation.

Ahead of Barcelona’s presidential elections on Jan. 24, candidates have been making promises to curry favor with club members. Front-runner Vitor Font is hanging his hat on a Pep Guardiola return to keep Lionel Messi in the fold amid reports of PSG’s interest.

Former Barca chief Joan Laporta has other plans that involve friend/super-agent/swindler Mino Raiola, per Mercato Foot. Raiola, who represents Borussia Dortmund star Erling Haaland, says the Norwegian could be had for €70 million, so long as Raiola sees an extra €20 million for brokering the deal. Barca players, who just took a €122-million pay cut, will be delighted to hear about that €20-million bonus.

With Liverpool, Bayern, and United expected to vie for Dayot Upamecano’s services, Todo Fijaches claims Arsenal are instead infatuated with RB Leipzig center-back and fellow Frenchman Ibrahima Konate. Apparently, the Bundesliga upstarts will start bidding for Konate at €60 million.

Arsenal already have enough central defenders to form an autonomous state, and that’s not counting €30-million man William Saliba. Saliba could leave on loan in January, with a return to Saint-Etienne the most likely destination. On Tuesday, Metro said Nice boss Patrick Vieira was also keen. However, Vieira was sacked Friday.

Stop me if you’ve heard this one: a budding teen talent leaves England for greener German pastures, swiftly develops into a hot commodity, and promptly becomes the subject of adulation from Premier League sides. Leipzig left-back Matthew Bondswell is the latest to follow this trend.

Bondswell moved to talent incubator Leipzig from Nottingham Forest in 2018 and is currently impressing on loan with Dutch outfit FC Dordrecht. According to The Telegraph, Chelsea and West Ham will face stiff competition from Sporting CP in the January market for the England Under-18 international.

Atletico are favorites to sign Arkadiusz Milik on the cheap from Napoli in January, beating out Tottenham and Everton, per AS. Milik was close to joining Roma in the summer to replace Juve-bound Edin Dzeko; Juventus instead took Alvaro Morata on loan from Atleti after a move for Luis Suarez broke down. Suarez then went to Atleti, the club that now needs a Diego Costa replacement.

Tottenham are more likely to wait until the summer to provide cover for Harry Kane. Team Talk alleges that Spurs have yet to make a decision on permanent terms for Benfica loanee Carlos Vinicius and could shift their attention to Mainz goal-machine and Crystal Palace target Jean-Philippe Mateta.

AC Milan technical director Paolo Maldini had nice things to say about Marseille’s Florian Thauvin, with the Frenchman admitting Maldini’s praise “touched me a lot.” Randy stuff, though it’s worth noting Thauvin is out of a contract in the summer, and Milan could benefit from some help on the right.

Celtic will open January talks with lifelong Hoops supporter and Glasgow native James McCarthy as the Palace midfielder’s current terms at Selhurst Park run down. Palace remain interested in keeping the 30-year-old in the fold on a club-friendly deal, while Aston Villa and Burnley are also engaged.

Sergio Canales’ injury means Real Betis have a hole to fill in January. Last week, they were mentioned as a loan stop for Barca pair Riqui Puig and Carles Alena, and now, it’s Villarreal whiz Takefusa Kubo, who’s not playing as much under Unai Emery as parent club Real Madrid had hoped for.

Fernandinho has been an incredible servant for City, but as the Brazilian’s influence wanes, a move to sister club New York City FC is being considered. In other MLS news, we’ll wager a tin of grandma’s awful Christmas cookies that ex-Toronto coach Greg Vanney is about to join the LA Galaxy.