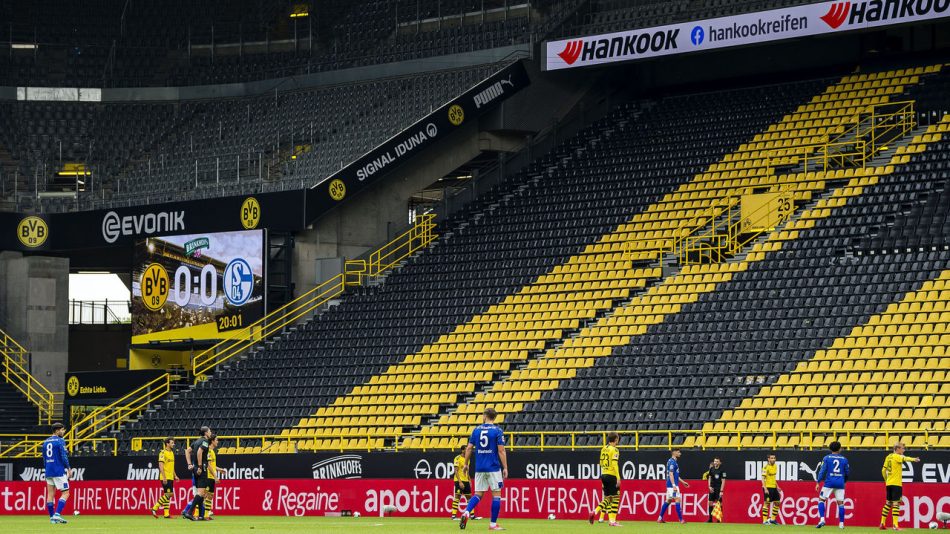 Each day in January was the same; a dreary procession of minor loan deals and free transfers trundled its way through the month. Even Sky Sports News’ coverage – with its yellow-and-black, crime-scene color scheme and presenter Jim White’s perpetual excitement – struggled to exhibit its usual faux frenzy.

It was an uneventful, forgettable transfer window, and there are two key factors responsible.

The financial restraints brought on by the coronavirus pandemic are one obvious reason for the lack of business. Even the European glitterati are floundering. Barcelona reported losses of €97 million over the 2019-20 season despite playing 71% of their La Liga matches in front of fans, and they’ve desperately slashed wages to obey league-wide salary caps and ensure the club stays afloat.

Barcelona quibbling over around €3 million for Manchester City’s Eric Garcia – 18 months after aggressively pursuing Antoine Griezmann and triggering his €120-million release clause at Atletico Madrid – indicates the club is suddenly toeing a fiscal tightrope, but years of boardroom mismanagement were savagely exposed by the pandemic. Overall, Barcelona’s total debts are reportedly nearing €1.2 billion and there is little spare cash to satisfy the creditors.

The fan-owned (and, many assumed, prudently run) Bundesliga clubs are also on precarious footing: Borussia Dortmund are paying the price of having the biggest stadium in the country, with each spectator-free home match costing approximately €4 million in lost revenue.

Ligue 1 clubs, meanwhile, reportedly face a colossal deficit of more than €1.3 billion after a lucrative television deal collapsed in December.

The Premier League – the plump, ostentatious figure at the head of Europe’s top table – and England’s lower divisions weren’t immune from January’s difficulties. Top-flight clubs spent just £70 million – the lowest sum in nine years – while navigating an extra obstacle on their recruitment drive.

The nation’s football clubs had to quickly familiarize themselves with new rules pertaining to Brexit. These stipulations, introduced on Dec. 1, represent the other main reason for a dry January.

British clubs previously had few transfer restrictions on the continent because Europeans enjoy freedom of labor in countries that are members of the European Union. However, the UK’s divorce from the EU means European players, like footballers in other parts of the world, now need to acquire a governing body endorsement (GBE) to work in the English game.

The point-based system judges players on a range of matters, including the quality of their national teams and how many caps they have, the strength of the domestic league they play in, how their club fared in continental competitions, and youth-team appearances.

Fifteen points are needed to automatically obtain a GBE. Players who score 11 to 14 are referred to an exceptions panel, which has the final say on whether they are suitable for English football.

Under the revised guidelines, it’s unlikely a superstar such as Manchester City’s Riyad Mahrez – named PFA Player of the Year for his contribution to Leicester City’s improbable 2015-16 Premier League triumph – would’ve been allowed to move over because, at the time of his arrival, he was an uncapped player plying his trade in the French second division.

The clubs that seek value around the less-shopped areas of Europe will be most affected, rather than those buying established stars, and plenty of Premier League sides are picking through the game’s bargain bin for the next Mahrez or Pukki.

“I have found three players already who were capable of coming here and they’re not allowed. It’s a shame,” West Bromwich Albion manager Sam Allardyce, who openly backed Brexit, said in early January.

He added: “We’ll do what we can … finding a player in this pandemic is going to be the hardest window I have ever worked in.”

Furthermore, English sides are banned from signing EU players aged 16 to 18, preventing the stockpiling of talent at the largest clubs’ academies. This will give the continental heavyweights a better opportunity of scooping up the best youngsters before they’re available to English outfits, or simply give smaller teams greater hope of keeping prospects for longer.

“It can really be a game-changer. At the moment, a lot of young talent from Holland and Belgium leave for English academies at an early age,” Johannes Spors, the sporting director of Dutch outfit Vitesse Arnhem, recently told The Guardian’s Ewan Murray. “That won’t be possible anymore, they’ll have to stay until at least 18, and even then they have to meet the points criteria.”

The new rules dictate that conducting local business and, conversely, striking deals in faraway lands should become more commonplace in England. The GBE’s high ranking of youth competitions and certain leagues in South America have made it easier to purchase from that part of the world, and the transfer fees there tend to be lower than those exchanged in Europe.

“There will be some emerging markets; the Brazilian market is one that will appeal to the Championship,” Queens Park Rangers director of football Les Ferdinand told the BBC. “They’ve got a lot of good, young players, but it means going out to Brazil and doing more of your scouting further afield.”

The GBE was introduced to English football in early December, so, on this occasion, the January window might have arrived too soon for clubs to unravel its mathematical equation and recalibrate their scouting networks.

It’s unlikely the exorbitant Neymar-esque fees will return to soccer for a few more windows yet, but there should be new trends developing in the current climate. The pandemic-hit finances and change to the UK political landscape have England braced for an influx of South American youth products, while the standout teenagers in mainland Europe stay put.