Inside Europe: Takeaways and talking points from this weekend's action 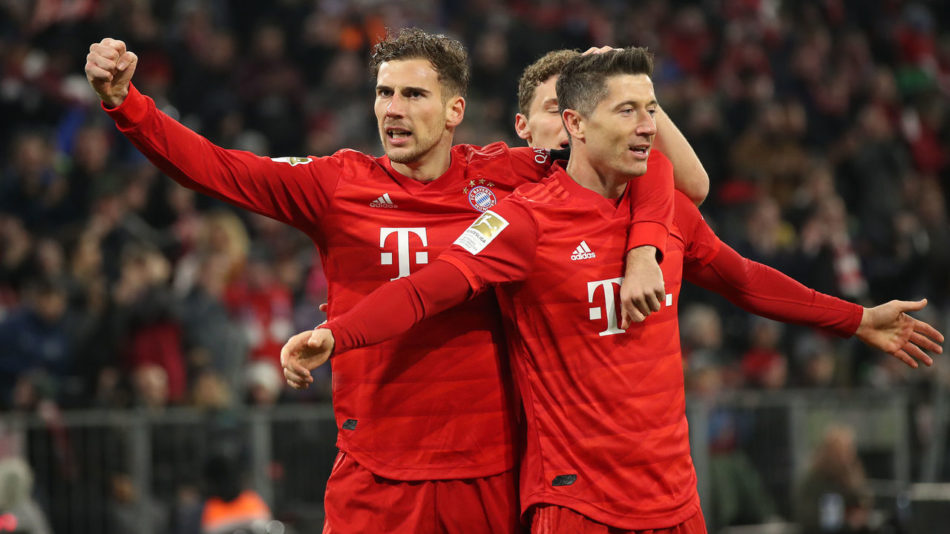 Every week, theScore’s Anthony Lopopolo will handpick the best stories from the top five leagues and beyond, giving bite-sized accounts of the things you need to know in European football. Welcome to “Inside Europe.”

What Barcelona are trying to achieve under Quique Setien – the idealist and purist who replaced the pragmatic Ernesto Valverde – is commendable. The pursuit of style over substance is, after all, what made Barcelona great. But the pitfalls, at least in the interim, are steep.

Barcelona lost 2-0 to Valencia on Saturday and never threatened to make the score much different. Valencia’s low block made it nigh impossible for the Blaugrana to find a way into the penalty area. Barcelona could celebrate 73.5% possession, but nothing else.

It wasn’t an anomaly. Barca had similar difficulties in the Copa del Rey against third-tier Ibiza. It took them until the 62nd minute to register a shot on target, and even that was deflected.

How much time will Setien need to implement his ideas? This squad is already built to play the kind of velvety football Barcelona fans require. In theory, Sergio Busquets, one of the last remaining vestiges of the Pep Guardiola era, should have no problems adjusting to Setien’s demands. But Busquets was one of Barcelona’s worst players on the pitch on Saturday.

The more Barcelona drop points, the less time Setien will have to sell his vision.

No keeping Bayern down

We’ve seen this before. Bayern Munich look dead and buried, their title defense withering, and then all of a sudden, they spring to life as their challengers fall by the wayside.

The same story is playing out again in the Bundesliga, where the Bavarians, struggling with injury, are roaring back to the top of the table. Thanks to Saturday’s 5-0 thrashing of Schalke – one of many unexpected challengers in the German top flight – Bayern are now within a point of first-place RB Leipzig.

Two things are happening right now. Bayern are regaining their form and creating more chances than they did at the start of the season, and the teams that set out to stop the juggernaut are regressing to the mean.

Leipzig lost for the first time since October and looked out of ideas against Eintracht Frankfurt. They picked a bad time to drop points, too. Their next two matches are against Borussia Monchengladbach, the Bundesliga’s other title contender this season, and, of course, Bayern. Leipzig can’t afford to stumble, and if they do, expect Bayern to take over and never let go.

Scudetto race is back on

Juventus could’ve increased their lead in Serie A to six points with a win over Napoli. But a 2-1 defeat to the resurgent Partenopei – no longer direct title rivals but still adversaries all the same – kept the Bianconeri from running away with the Scudetto.

Juventus looked out of sorts the entire match. After what he described as a “bland” display, manager Maurizio Sarri may have further reservations about playing Cristiano Ronaldo with Gonzalo Higuain and Paulo Dybala; Sarri had refrained from fielding the trio in the past because of the imbalance it could create. Ronaldo managed to score for an eighth straight match in Serie A and Higuain’s acrobatic bicycle kick could’ve tied it at the death, but Juventus’ overall approach was off against a rejuvenated Napoli side.

Inter and Lazio, Juve’s two closest title rivals, had stumbled themselves, dropping points to Cagliari and Roma, respectively. In fact, the Nerazzurri have been wobbling all month, securing just one win in their last four league matches. Despite the rough patch, Inter are now just three points behind Juventus. The race is very much alive in Italy.

The magic of the FA Cup is still around. The moment third-tier Shrewsbury were drawn with Liverpool, the runaway Premier League leaders, it felt like an upset could happen. The fact an upset of sorts did happen is evidence of the FA Cup’s endless charm.

Shrewsbury supporters invaded the pitch after their team came back from 2-0 down to hold Liverpool and force a replay at Anfield. Reds manager Jurgen Klopp said he enjoyed the atmosphere at New Meadow, and how could you not? Some clubs live for games like this.

As a reward for their bullishness, Shrewsbury can now expect to collect a significant chunk of the gate receipts from their replay at Anfield. But because it’s taking place during Liverpool’s scheduled winter break, Shrewsbury will face a team of under-23 players.

Shrewsbury’s players may not care. A night under the lights at Anfield is something to treasure forever. But the optics of the competition have never looked worse. Not even Klopp can be bothered to stay behind and mange the second-stringers. He’s going on vacation as well.

What if the FA allowed teams like Shrewsbury the opportunity to go to extra time and truly punish a team like Liverpool for their complete snobbery? Imagine the scenes then at New Meadow.

Let Joao Felix do his thing

It’s probably a little too early to start questioning Joao Felix. It’s not fair to scold the kid for scoring just two goals in La Liga this season, especially without taking into account the context in which he’s playing. As a team, Atletico Madrid have struggled to produce offense, and Felix is still learning how to adapt to Diego Simeone’s rigid tactics.

Few may recall, but Antoine Griezmann’s first few months at Atletico were just as forgettable. He was substituted in and out of the lineup and stuck on the periphery until the second half of the season. He ended up with 22 goals in the league.

Felix is under a lot more pressure because of the sheer cost involved. Atletico paid €127 million to acquire the 20-year-old and had hoped he’d usher in a new era at the Wanda Metropolitano. He’s started in the vast majority of games so far, but he’s never really found his natural position, splitting time as a winger, striker, and as a No. 10. Life was easier at Benfica, where he could just be himself and play on instinct.