Ricciardo "pushed set-up too far" ahead of Monaco FP2 crash 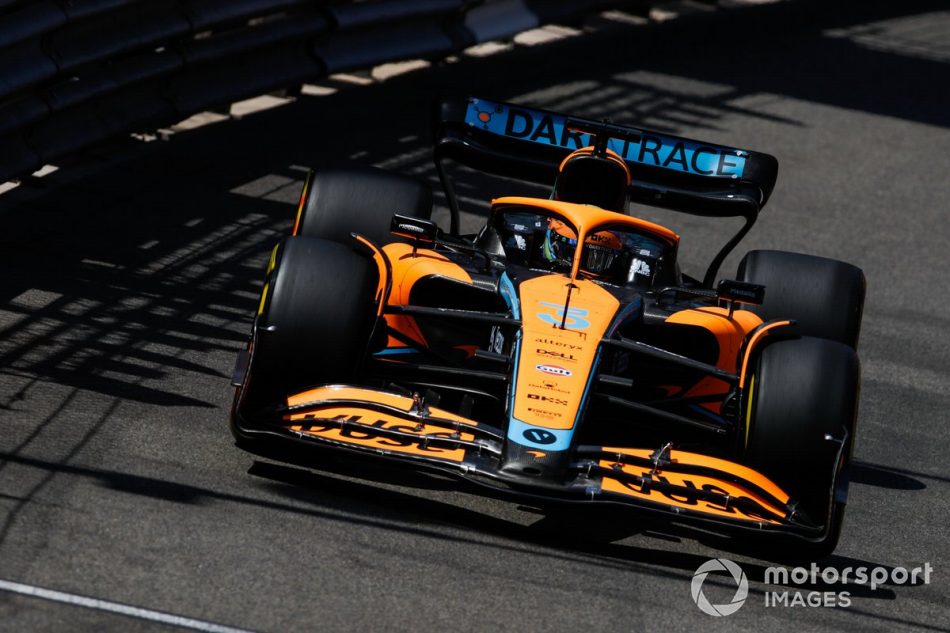 Ricciardo’s rough start to the 2022 season appeared to continue on Friday when he lost the car on his first flying lap in FP2, tagging the swimming pool barriers and veering straight on into the Tecpro wall.

The sizeable damage to his car meant the Australian had to sit out the remainder of the session, going into Saturday with just one hour of FP1 practice under his belt.

Ricciardo explained that the crash wasn’t caused by taking too much kerb, a classic error at the narrow but fast chicane, but instead said his car already started losing rear grip before the swimming pool entry, pointing to his side of the garage going too extreme with the set-up ahead of FP2.

“It was strange. I think if anyone crashes there you normally see on the exit if they take maybe too much kerb in Turn 14 and then lose the car. But I already started losing the car pretty much before Turn 13,” Ricciardo said.

“We pushed a little too far probably in a couple areas with the set-up. We had a good morning and obviously you try a few things for FP2 to try and maximise a bit more performance but let’s say we overstepped it and you don’t know until you try it.

“Obviously, it was my first lap so I couldn’t really get much of a read on it obviously, it happened straight away. I tried my best to save it, but I couldn’t. Obviously, we missed all of the session, but I’m okay. We’ll be ready to go tomorrow.” 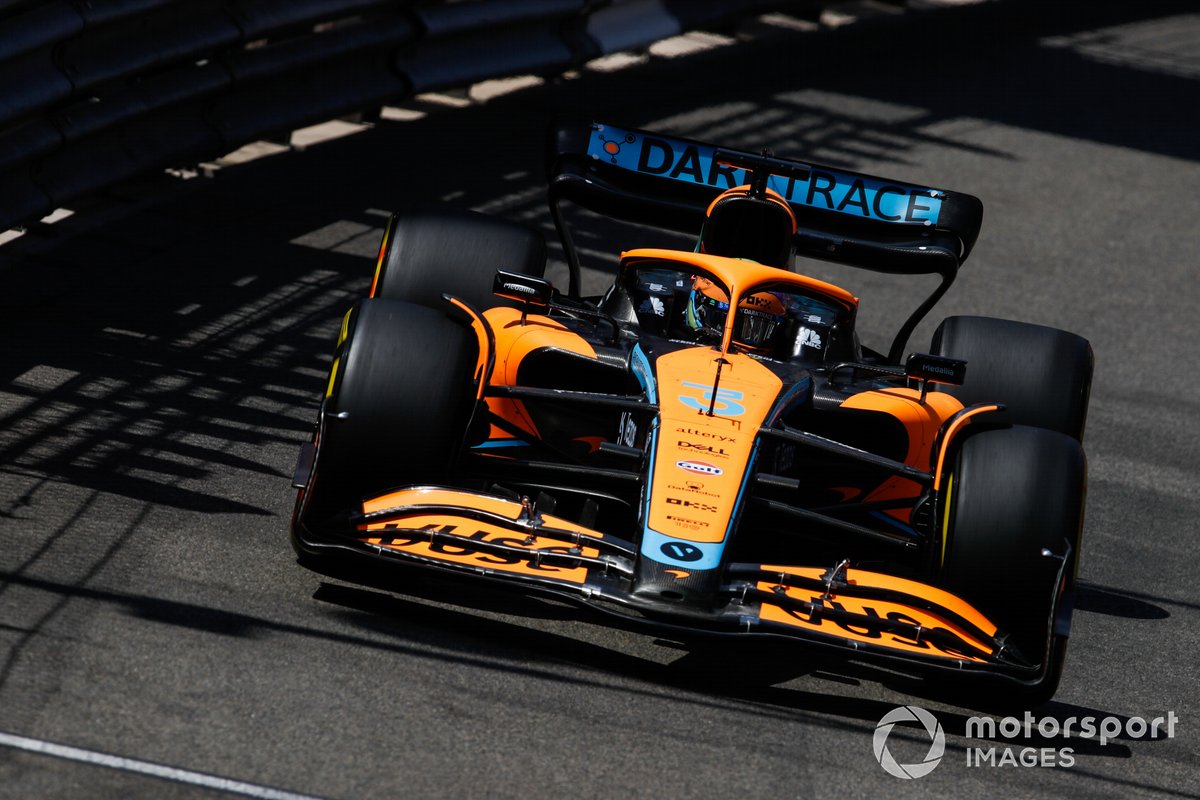 Ricciardo said he wasn’t too disheartened by his latest setback because in Friday afternoon’s first practice session he found the confidence he needed.

In FP1 he was seventh fastest, just one tenth behind team-mate Lando Norris.

Norris finished fifth in both practice sessions as best of the rest, with McLaren looking slightly ahead of Mercedes.

“It was fun, I enjoyed this morning,” Ricciardo added. “We were always at the pointy end, and I think I had good confidence. [The cars are] heavy, they’re stiff, the ride is a bit bumpier and for sure less fun in terms of just … you’re really fighting it.

“And with this heat it’s very physical but I enjoyed myself in FP1. I’m sorry I missed some running in FP2 because I was looking forward to trying the softs.

“Anyway, tomorrow we have a chance again and I’m sure they’ll fix the car tonight and put it in a good place for tomorrow. Lando had a pretty good FP2 by the look of it, so we can bounce back.”