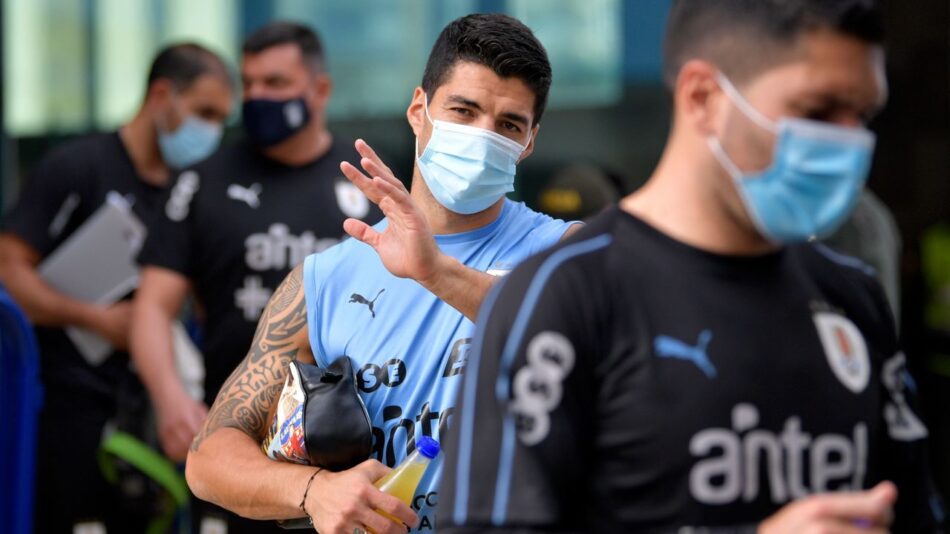 The international break always seems to bring a slew of untimely injuries, but with matches taking place – somehow – during a pandemic, the now-complete November window came with increased risk and repercussions. Below, we review the marquee players and teams impacted, either by COVID-19 or an injury, ahead of club football’s return this weekend.

Mohamed Salah (Liverpool): Tested positive twice, most recently on Wednesday, while with Egypt. His status for Sunday’s match against Leicester City is unclear.

Mohamed Elneny (Arsenal): Tested positive twice, most recently on Wednesday, while with Egypt. His status for Sunday’s match against Leeds United is unclear.

Matt Doherty (Tottenham): Tested positive while away with the Republic of Ireland and was forced to miss Wednesday’s match versus Bulgaria.

Conor Coady (Wolverhampton Wanderers): Withdrew from the England squad and entered self-isolation after coming into contact with somebody who tested positive. The defender has twice tested negative for COVID-19 since.

Luis Suarez (Atletico Madrid): Tested positive while on duty with Uruguay and is now expected to miss Saturday’s reunion with former side Barcelona.

Marcelo Brozovic (Inter Milan): Tested positive while with Croatia. Compatriot Domagoj Vida was informed that he tested positive after playing in a friendly with Turkey, and Brozovic’s result came in two days later.

It’s possible that any of the players above could test negative for the novel coronavirus and be cleared in time to feature for their clubs this weekend, though the travel element that comes with an international window and subsequent quarantine procedures complicate the matter.

Joe Gomez (Liverpool): Underwent surgery after damaging a tendon in his left knee during an England training session. The defender is expected to miss a “significant part” of the rest of the season.

Jordan Henderson (Liverpool): Left England’s Nations League match against Belgium at halftime after experiencing leg tightness. The severity of the issue, and his status for the weekend, is unclear.

Harry Maguire (Manchester United): Played 90 minutes in England’s recent win over Iceland, but reportedly complained of bruising to his foot in the aftermath. His condition will be assessed by Manchester United.

Victor Lindelof (Manchester United): Was substituted in the second half of Sweden’s defeat to France on Tuesday due to a persistent back issue that has plagued him throughout the season.

Raheem Sterling (Manchester City): Missed England’s contest with Belgium due to an undisclosed ailment. It’s believed the winger tweaked a calf muscle during a training session.

Nathan Ake (Manchester City): Limped out of the Netherlands’ friendly against Spain after just six minutes with a suspected hamstring injury. It’s unclear how much time he’ll miss as a result.

Sergio Busquets (Barcelona): Was ruled out of the aforementioned win over Germany after suffering a left knee sprain in the team’s previous Nations League match against Switzerland. As a result, he won’t play this weekend versus Atletico Madrid.

Neymar (Paris Saint-Germain): Has been dealing with a groin injury since October and may have exacerbated the ailment during a training session with Brazil last week.

Victor Osimhen (Napoli): Dislocated his shoulder while playing for Nigeria. He’s expected to miss this weekend’s clash with AC Milan, though the club has not provided a firm timeline for his return.

Exequiel Palacios (Bayer Leverkusen): Expected to miss three months after fracturing a bone in his spine while featuring in a World Cup qualifier for Argentina.

Various players and coaches have been outspoken about their displeasure with the congested fixture list, an issue that has only been heightened by the coronavirus pandemic. Crammed schedules, international travel, and, in the Premier League’s case, a refusal to adopt the five-substitutes rule have conspired to cause more fatigue – and, in turn, injuries – than ever.

Frank Lampard (Chelsea): “My main concern is player welfare. They are under incredible stress, especially those playing in Europe. I don’t want anyone to cry their eyes out for players, we all know how lucky we are, but everywhere else has five subs, so we have to revisit this, in my opinion.”

Pep Guardiola (Manchester City): “LeBron James won the NBA title and now he is on holiday for one or two months. Our guys had eight days. It’s games, games, games, because TV decided to do it.”