10 takeaways from Matchday 3 in the Champions League 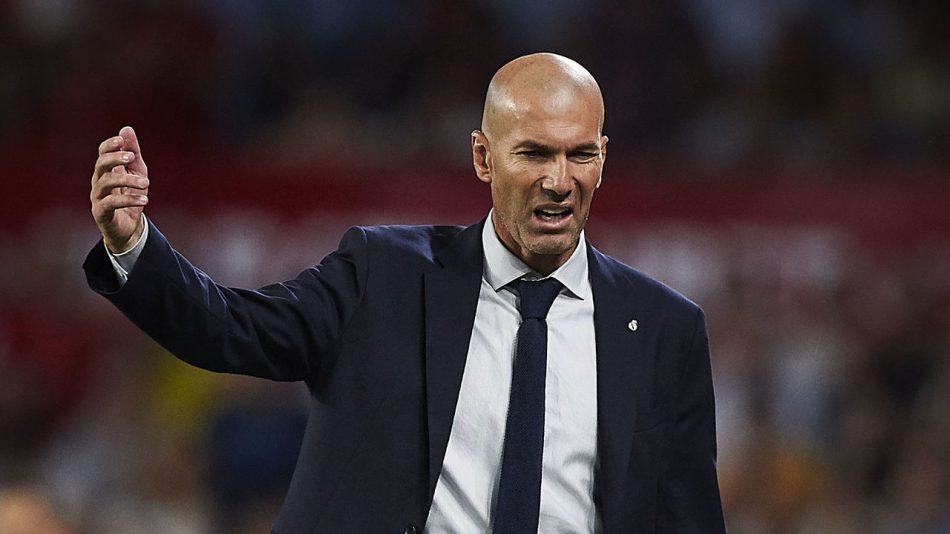 There are several reasons why Paris Saint-Germain are making a mockery of the group stage.

Free transfers for Idrissa Gueye and Ander Herrera have added a steely resolve to Thomas Tuchel’s midfield, permitting Marco Verratti to play a free role. Marquinhos has progressed as a defensive stopper in front of the backline, and Mauro Icardi’s addition has helped fill the void left by injuries to Kylian Mbappe, Edinson Cavani, and Neymar.

Above all, the form of Angel Di Maria speaks to a newly balanced side with potent playmaking powers.

Di Maria was irrepressible in Tuesday’s 5-0 drubbing of Club Brugge in Belgium, assisting on three goals, each of which displayed the Argentine’s bountiful skill set. The first was a slick outside-of-the-boot delivery on the run for Icardi, and the second, a perfectly weighted ball capping off a sublime team move. That set the table for his third assist and Mbappe’s third goal (above), a pass so delicate that words do little to convey its genius.

Brilliant stuff from an accomplished player enjoying his best football.

Fans of uniformity were frothing at the mouth on Tuesday.

Seven of the eight matches ended with the presumed favorites taking the three points, with three of them (PSG, Tottenham, Manchester City) registering five goals to win by a combined 14-goal margin.

The only one of the bookies’ picks not to win was Shakhtar Donetsk, who drew 2-2 against a plucky Dinamo Zagreb side at the Ukrainians’ temporary Metalist Stadium in Kharkiv.

Zinedine Zidane’s former continental specialists have taken 64 shots through three group stage matches, and in a 1-0 victory over Galatasaray on Tuesday, Real Madrid hit the target with 12 of their 26 attempts.

Still, they’ve scored just three goals. That’s 0.04 goals per attempt and 0.15 tallies per shot on target. The current poster boy for Los Blancos’ troubles is Karim Benzema, who, against the Turkish giants, finally managed to fire an effort on net after failing to do so in the previous 180 minutes against PSG and Brugge.

That’s now just a quarter of Benzema’s 12 shots that have hit the target in 270 minutes of play. At least Eden Hazard looked threatening, combining well with the Frenchman on numerous occasions.

Croatian heavyweights Dinamo Zagreb have an eye on nabbing the second spot in Group C after snatching a big point against Shakhtar weeks after battering Atalanta, 4-0.

Much of that is owed to the exploits of wingers Mislav Orsic and Dani Olmo. No player has been involved in more goals in the Champions League proper than Orsic, who’s had a hand in five of Dinamo’s six tallies (four goals, one assist).

Olmo has been just as effective. The Spaniard scored Dinamo’s opener courtesy of a slick waist-high pass from Orsic, and the 21-year-old former Barcelona academy reject looks a quality player. Against Shakhtar, Olmo recorded six shots, two key passes, two successful dribbles, a pair of tackles, an interception, and three clearances. A stellar all-around showing for a player pegged for a major move.

“It’s only one game, but of course we need to build our confidence, and we have to start at some point,” Mauricio Pochettino told BT Sport about Tottenham’s first step to recovery.

Still stinging from a rough stretch that included a 7-2 home defeat to Bayern Munich, a pair of poor showings in the Premier League, and the shocking cup dismissal at the hands of Colchester, Spurs bounced back in a major way with a one-sided 5-0 victory over Red Star Belgrade.

Heung-Min Son deserves a lot of the credit. The South Korean scored twice in the first half, registering a near-perfect performance while scurrying away from defenders like they harbored terminal contagions. Red Star’s Jose Canas will feel particularly scorned after Son nutmegged the midfielder six minutes from the opening whistle, using the ball as bait in football’s version of the five-pound note on a fishing-line swindle. Son’s uncanny ability to cover ground at a breathtaking clip and with the utmost confidence in his talents imbued a Spurs side desperate for a statement victory.

It feels as though every goal Lionel Messi scores is a record-breaker of some kind nowadays. His typically composed finish Wednesday against Slavia Prague, which wrong-footed the ‘keeper, gave him at least one goal in 15 consecutive Champions League seasons.

No other player, including perennial competitor Cristiano Ronaldo, has accomplished the feat in the modern era of Europe’s preeminent club competition.

The Argentine wasn’t the only one celebrating a momentous tally, though, as Dries Mertens continued to etch his name in Napoli lore by smashing home his 115th and 116th markers for the club. The latter, a powerful finish from inside the area, saw him surpass Diego Maradona on Napoli’s all-time scoring list and inched him closer to Marek Hamsik’s record of 121.

Barring serious injury or an unforeseen woeful run of form, the diminutive Belgian should take his place atop the club’s scoring mountain this season. Considering his contract situation – his current terms are up at the end of the season – this may be his last chance.

Did we just see the goal of the year?

Put that volley technique in the Louvre.

Pulisic getting comfortable at Chelsea

After an impressive showing off the bench against Newcastle this past weekend, Christian Pulisic once again played the role of super sub to perfection on Wednesday.

The American, unfairly maligned for his inability to hit the ground running in his first season at Chelsea, changed the complexion of the Blues’ clash with Ajax; a constant threat in one-on-one situations, Pulisic created the lone goal of the contest with a lovely assist for Michy Batshuayi in the waning minutes.

His penetrative dribbling overwhelmed the Ajax backline, who couldn’t contain the 21-year-old’s explosiveness and change of pace.

It’s almost as if players – especially young ones moving to a new country – need time to adapt after a big-money transfer. Who knew?

All smiles for the Ox

The versatile Englishman continues to remind everyone of his varied skill set since returning from the torn ACL he suffered in April 2018, putting in his most notable performance with a brace in Liverpool’s 4-1 win over Genk.

Making his first Champions League appearance since sustaining the injury in a semifinal clash with Roma, the 26-year-old channeled his inner Pavel Nedved, clipping the underside of the bar with a magnificent outside-of-the-boot finish that would make Ricardo Quaresma blush.

Oxlade-Chamberlain’s career has been blighted by unfortunate ailments – highlighted by last year’s serious knee injury – but if he can stay fit, Jurgen Klopp has another game-breaker who can help push the Reds toward retaining their Champions League crown.

Get ready for a colossal tug-of-war between Europe’s biggest sides this summer as they duke it out for Norwegian phenom Erling Braut Haaland.

The Red Bull Salzburg wunderkind, 19, has already been the subject of interest from a collection of clubs, and that list will only continue to grow if he keeps making headlines every time he steps foot on the pitch in continental action.

The imposing teen scored twice in Salzburg’s frenetic 3-2 loss to Napoli – his first coming from the penalty spot – and in doing so became the first player in Champions League history to record six goals in his first three matches of the competition.

Mbappe is the highest-scoring teenager in tournament history, having scored 13 times before his 20th birthday rolled around. How close can Haaland get to that benchmark?