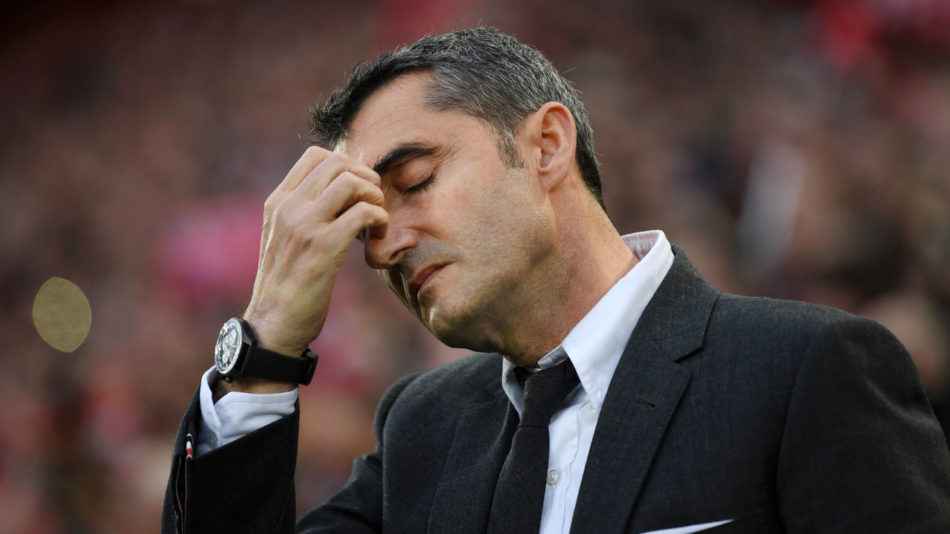 Quique Setien was confirmed as Barcelona’s new manager on Monday.

The former Real Betis tactician was immediately drafted in following the dismissal of Ernesto Valverde after two-and-a-half years at the helm.

Setien, 61, signed a contract that runs until June 2022 with the back-to-back La Liga champions. He’s a long-term devotee to Barcelona’s proud playing philosophy.

“I remember when Johan Cruyff’s Barcelona came along,” Setien wrote for The Coaches’ Voice in 2018. “You played against them, and you spent the whole match running after the ball. I said to myself: ‘This is what I like. I would like to be in this team, and know why this is happening.'”

He continued: “I started to really watch football. To analyze it. To understand what I felt, and what I wanted to put into practice when I became a coach.”

Setien, who oversaw CD Lugo and Las Palmas before Real Betis, inherits a side that’s won just once in its last five competitive outings. The Santander native’s first jobs in Barcelona will be to unite a dressing room that reportedly lost confidence in Valverde, devise a way to replace in-form Luis Suarez after he underwent knee surgery, and arrest the team’s growing tendency to let leads slip in games.

Barca were up 2-1 against Atletico Madrid with nine minutes left in Thursday’s Supercopa semifinal but lost 3-2. The result was reminiscent of the Catalans’ infamous collapses to Roma and Liverpool in the two previous Champions League campaigns and was the final straw for the Camp Nou boardroom.

The Barcelona hierarchy only told Valverde it planned to sack him Monday evening, according to the Guardian’s Sid Lowe. He’s the first manager to be fired by the club since Louis van Gaal 17 years ago, despite Valverde winning two league titles, the Copa del Rey, and the Supercopa de Espana during his time in charge.

By comparison, Setien has only won the Supercopa since beginning his senior managerial career with Racing Santander in 2001. Xavi and Ronald Koeman, both Barcelona legends from their playing days, apparently turned down the opportunity to assume the post this January, leading to Setien’s scheduled presentation Tuesday.

Setien’s debut in the Barca dugout is set to be Sunday’s league visit from midtable Granada. He’ll take on Betis, the club he left at the end of last season, on Feb. 9, with his inaugural El Clasico clash against Real Madrid currently slated for Feb. 29.