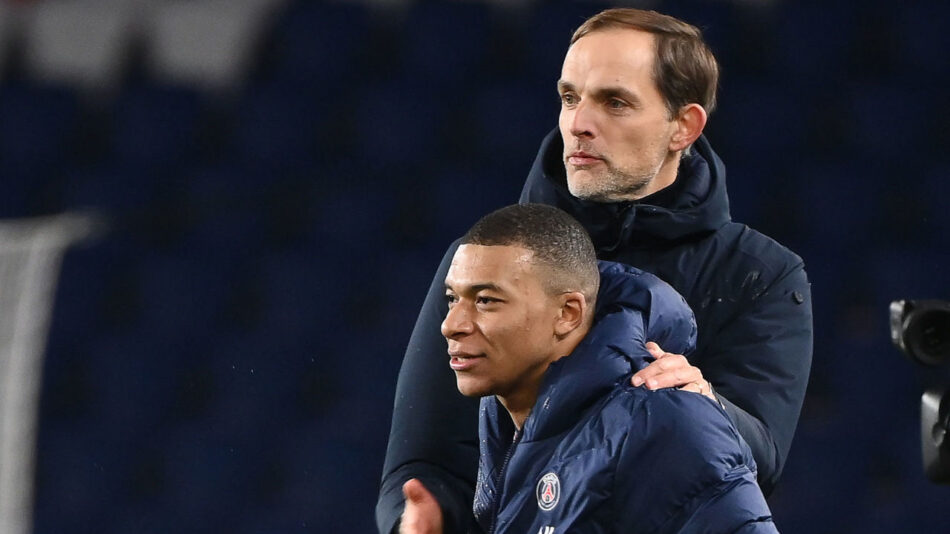 Gregg Berhalter arguably has the finest generation of players to choose from in the history of the United States men’s national team.

An all-time high eight U.S. footballers have played in this season’s Champions League following Chris Richards’ appearance for Bayern Munich on Wednesday. Barcelona’s Konrad de la Fuente and Sergino Dest – who opened the scoring for Barca by instigating some slick interplay through the heart of Dynamo Kyiv’s lineup – both featured Tuesday, too.

Two more Americans could still feature in this term’s competition. Ajax’s Alex Mendez is available for selection, but it’s probably too early for him to make the jump from the club’s reserve team. However, goalkeeper Zack Steffen is likely to be given minutes for Manchester City as Pep Guardiola’s side makes short work of Group C.

The previous record number of Americans to feature in the Champions League was six in the 2004-05 season. Those players were DaMarcus Beasley (PSV Eindhoven), Landon Donovan and Jermaine Jones (both Bayer Leverkusen), Tim Howard and Jonathan Spector (both Manchester United), and Robbie Russell (Rosenborg).

Erling Haaland notched his 15th and 16th Champions League goals Tuesday, surpassing the total Ronaldo – the Brazilian OG – mustered throughout his stellar career. The Norwegian is only two goals behind Ronaldinho and three shy of Johan Cruyff’s count from the old European Cup.

Haaland turned 20 in July and has made just 12 appearances in the Champions League.

The Borussia Dortmund marksman is on course to obliterate records that were supposed to be unattainable by the time Lionel Messi and Cristiano Ronaldo eventually call it a day. He’s going to incite an almighty brawl when his buyout clause, reportedly worth an entirely reasonable €75 million, can be activated in 2022.

But we should relish Haaland fronting Dortmund while we can, especially when he’s flanked by the pace and youthful exuberance of players like Jadon Sancho and Giovanni Reyna. The team caters to his strengths. In his 80 minutes on the pitch during the 3-0 ease past Club Brugge, he smashed seven shots and misplaced only one pass all evening as he effectively held up the ball for his teammates.

Tuesday’s 1-0 victory over last season’s semifinalists RB Leipzig did nothing to lift the pressure on Paris Saint-Germain boss Thomas Tuchel.

Julian Nagelsmann’s squad outperformed Tuchel’s outfit in every department just four days after PSG surrendered a 2-0 lead to AS Monaco. Marcel Sabitzer unleashed as many shots from his starting position in deep midfield as Neymar and Kylian Mbappe combined, PSG’s passing was wayward, and Ander Herrera and Marco Verratti were fortunate to not receive red cards for industrial tackles in the second half.

Les Parisiens are far from the quality required to achieve their ultimate goal of Champions League glory, and Tuchel is clearly feeling the strain.

“I’m tired of answering your questions. If you are brave, if you have balls, go and ask the players in the dressing room. They are dead. They played with their hearts,” Tuchel said when asked if PSG were lucky to beat Leipzig, according to Julien Laurens.

High-flying Gladbach running it back

Borussia Monchengladbach finished Matchday 4 atop a tough Group B following a 4-0 dismantling of Shakhtar Donetsk in Germany.

It’s quite remarkable what emerging managerial virtuoso Marco Rose has managed to accomplish thus far, especially considering Gladbach spent next to nothing in the summer transfer window.

Gladbach’s successes hinge on the players they’ve kept, with highly coveted attacking tandem Alassane Plea and Marcus Thuram both in the fold despite interest from some of Europe’s biggest sides. It would have been easy to turn a profit on Thuram and Plea, especially during a revenue-zapping pandemic.

Instead, Gladbach are running it back. Rose’s side has 14 goals through four matches – only Bayern Munich have more – and Thuram and Plea have combined for nine goal involvements, giving muscle to an attack that also boasts options in the form of Lars Stindl and Breel Embolo.

Rose and Co. will look ahead to pivotal dates with Real Madrid and Inter Milan knowing progression to the last 16 is far from ensured, though it’s clear Gladbach have the necessary guns to compete.

Manchester City’s narrow win in Greece on Wednesday was hardly the kind of performance that will convince doubters.

City slipped past a dismal Olympiacos side missing a slew of players to injury and COVID-19 with an efficient showing. While Pep Guardiola’s charges continue to underwhelm in the Premier League, they’re off to the last 16 of the Champions League with a fourth victory from as many games in group play.

Worry not, because hope springs eternal for a City side that ushered in the return of several key contributors Wednesday. Benjamin Mendy made his first appearance since Oct. 3, and while rusty, the Frenchman’s influence was felt. Mendy, who provides a much-needed left-footed presence at left-back, combined well with Phil Foden to pull Olympiacos markers into wide positions, creating spaces that Ilkay Gundogan skillfully operated in.

Sergio Aguero and Fernandinho also shrugged off injuries that kept the veteran pair out for over a month to make cameos in the port city of Piraeus. City’s domestic goal drought doesn’t entirely rest on Aguero’s shoulders, though it certainly can’t hurt that the Argentine is fit again.

Will Pirlo be patient with struggling Dybala?

Paulo Dybala might be running out of chances to establish himself as a fixture of Andrea Pirlo’s preferred XI.

The club continues to publicly stand by its Argentine star, with various members of its brass preaching patience. Internally, though, it’s hard not to imagine that difficult conversations are being had about the future of a player who, at 27, could still fetch a significant transfer fee; it wouldn’t be the first time the Italian champions tried to ship him out.

Dybala started Tuesday’s 2-1 win over Ferencvaros, another opportunity to show Pirlo that he’s best suited to playing alongside undisputed focal point Cristiano Ronaldo. But the left-footed playmaker again struggled to make any real impact on the match, his trademark mazy dribbles conspicuously absent against a tightly-packed Hungarian side.

It didn’t help the Argentine’s case that Alvaro Morata, who replaced Dybala just after the hour mark, delivered the winning goal in the waning seconds. The Spaniard has been red-hot since arriving in the summer transfer window, while Dybala has been unable to replicate last season’s scoring exploits.

There are some mitigating factors at play. Dybala missed the opening four games of the campaign while recovering from a thigh injury he aggravated in the final match of last season, and then dealt with a bout of gastroenteritis that has limited his ability to train fully. It’s only fair that he’s given time before we jump to any conclusions.

But with competition for attacking places getting hotter every day in Turin, just how much time will he get?

Where do Inter go from here?

This was supposed to be the year that Inter, after plenty of changes and false dawns, properly re-established themselves among Europe’s elite. Antonio Conte was granted the transfer targets that he specifically requested during the summer window, and the squad, for the first time in a long time, had legitimate depth at multiple positions to go along with top-end star power.

So much for that enthusiasm.

The Nerazzurri slumped to a 2-0 defeat at home against an undermanned Real Madrid side Wednesday, a result that leaves them rooted to the bottom of Group B on a woeful two points from four matches.

Worse yet, it was Arturo Vidal, one of Conte’s hand-picked signings, who torpedoed the team’s chances by picking up a mindless red card in the first half after his protests to the referee went too far.

Inter’s Champions League hopes are hanging by the thinnest possible thread. Barring a miraculous turnaround, there will be nowhere for Conte to hide.

Marseille fans waited seven years for their team to return to the Champions League. Sadly, Andre Villas-Boas’ side hasn’t shown up at all.

The Ligue 1 club has conceded nine goals over its first four matches in Group C and is scoreless despite boasting a squad with creative talents such as Dimitri Payet and Florian Thauvin.

With this barren run, Marseille have set a new record for the most consecutive defeats in the Champions League era with 13. That dire sequence started back in March 2012, when Mathieu Valbuena, Cesar Azpilicueta, Loic Remy, Andre Ayew, and others were unable to prevent a 2-1 away defeat to Inter Milan.

“This is a competition to forget for us,” Villas-Boas told RMC Sport after Wednesday’s 2-0 home loss to FC Porto.

“We can’t finish the group like this, and I hope we’ll qualify for the Europa League. We’ll battle hard and work hard to try to get a win.”