Inside Europe: Atletico Madrid are failing to reinvent themselves 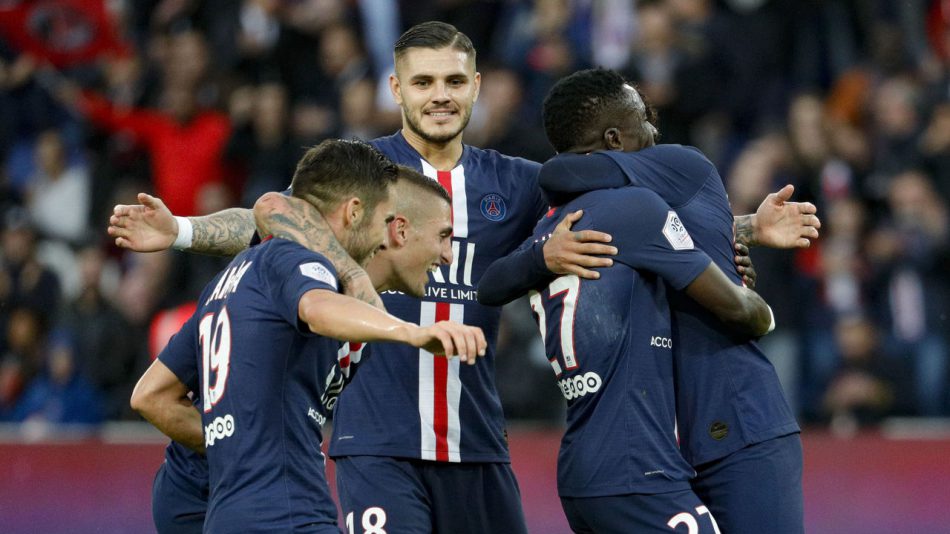 When Diego Simeone took over Atletico Madrid in December 2011, they were in 10th place in La Liga, €500 million in debt, and in need of motivation. The club he had played and spit blood for had lost its way.

So he embarked on restoring the values that had made Atletico the people’s club. Defense was the priority. Complete and total commitment was the bare minimum.

“The people of Atletico always wanted a competitive team,” Simeone told The Coaches’ Voice. “A team that was strong in defense. A team that would play on the counterattack and be a nuisance for the super-powerful sides. My objective was focused on that.”

Simeone didn’t have the most creative footballers in his squad, so he set out to stifle opponents and feast on their mistakes. Atletico achieved great success playing this way, felling giants with a fraction of the budget.

Atletico Madrid aren’t that team anymore. They play in a swanky new stadium outside the city center and have a roster of quality players and champions. Yet the club continues to play as if it’s stuck in 2011, as if the odds are impossibly stacked against it.

Times have changed. Atletico’s old guard is gone – Gabi, Antoine Griezmann, and Diego Godin all left in the summer – and flashier players have come in. Many of them possess attributes that wouldn’t normally fit in Simeone’s system. Instead of catering to Atletico’s current crop of attack-minded players, he’s force-feeding them the same defensive playbook.

Atletico are by no means in shambles, but the performances leave so much to be desired. This is now a club firmly amongst the elite, the very class it sought to overthrow all those years ago. Atletico can, and must, be so much more.

It shouldn’t be so difficult for this team to score goals. With creative influences like Thomas Lemar, Angel Correa, and Saul in the side, a capable finisher in Alvaro Morata, and full-backs bombing forward like wingers, Atletico should be averaging far more than a goal per game in La Liga.

Saturday’s 2-0 win over Athletic Bilbao was only the second time in 10 league games Atletico have won by more than a single goal. They’ve been held scoreless in four of their domestic encounters thus far and only won twice since the beginning of September. On several occasions, goalkeeper Jan Oblak has bailed them out.

It’s not just this season. Atletico’s scoring output has decreased year after year. After banging in a respectable 1.8 goals per game during the 2016-17 campaign, Los Rojiblancos dropped to 1.5 in 2017-18 and again to 1.4 in 2018-19. Goals are drying up, and Simeone isn’t doing much to reverse the trend.

But the board seems intent on changing course. The investment in Joao Felix was significant, both in terms of value and image. Atletico didn’t spend €126 million on a 19-year-old with crowd-raising individual skill just to watch him track back and do the grunt work. He was signed to bring Atletico into an era of stardom and excite a new generation of fans. His incredible run against Getafe – which started in Atletico’s own end and resulted in a penalty – is exactly what they paid for. It makes no sense to play conservative and hoof the ball up with talent as rare as Felix’s.

Lemar is another high-price acquisition yet to blossom under Simeone’s watch. Tasked with covering ground and defending from the front, the Frenchman has had fewer opportunities with the ball at his feet than he did during his breakout season at Monaco. The question has been more about his ability to fit in, the idea he’s not yet adapted himself, when it really should be about his untapped potential. He’s capable of so much more than running.

Take his appearance off the bench against Bayer Leverkusen last week. Atletico were looking rather meek at home to the more enterprising Germans before Lemar stepped up the tempo. He then played a through ball that led to Morata’s eventual winner. In fleeting moments, Lemar has made Atletico a more dangerous proposition.

But this is still a club built on suffering, coached by a manager who likes to blow the war horn. Simeone has depended on players who’d grind through the mud for a 1-0 result. If only they were still around.

El Classique is a bore

Marseille’s miserable form against Paris Saint-Germain continued on Sunday with a 4-0 defeat at the Parc des Princes. The south coast side is now winless in 20 meetings with PSG, a great shame considering the rivalry’s competitive and cultural origins. It started as a referendum on the north and south but has since become a lopsided vote. PSG’s All-Star team often decimates the poorer Marseille, who last won a major trophy in 2012.

Stumbling in Serie A

Inter and Napoli each blew chances to reassert themselves in the title race, dropping points just as Juventus hit an unpredictable obstacle. Juventus were forced to settle for a point at Lecce thanks to Federico Bernardeschi’s wastefulness and a penalty conceded by Matthijs De Ligt. But without Inter or Napoli winning, the Bianconeri remain in front by a point. If the title is to land anywhere but Turin this season, the chasing pack has to take advantage of these kinds of slipups. That’s yet to happen.

Jose Mourinho could do a lot worse than Borussia Dortmund. Mourinho is rumored to be a potential replacement for Lucien Favre, who’s failed to get the most out of his team. It’s not as far-fetched as it sounds. Mourinho would find a serviceable squad with players who could hit opponents on the counterattack, which is very much up his alley. He’d also have the thrill of chasing down Bayern Munich. If there’s one thing that drives Mourinho, it’s the opportunity to topple the favorite.