Predictions for the Champions League quarterfinals 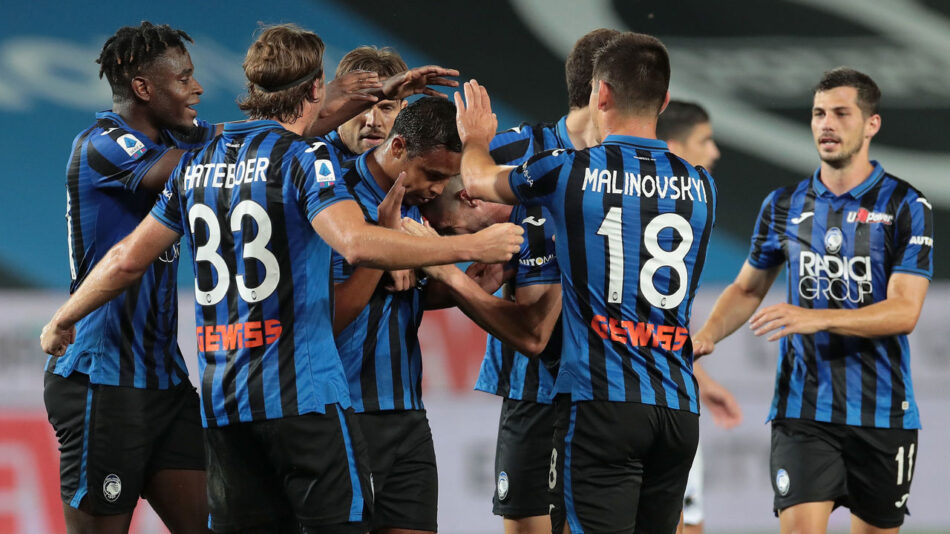 The bracket is set. The Champions League quarterfinals, which shift to a single-elimination format, begin Wednesday in Lisbon. Who will march on and who will head home? Below, we predict the outcome of all four matches on the docket this week.

Atalanta have proven they’re no fluke. Over the last three years, Gian Piero Gasperini’s side has played some breathtaking football, earning significant results along the way. Their record since the restart is equally impressive: Atalanta have won nine of 13 games while scoring an average of 2.1 goals per match. Even without the electrifying Josip Ilicic, who’s currently attending to a personal matter in his native Slovenia, the attack continues to purr.

They have to like their chances against Paris Saint-Germain. PSG have only played two competitive games since March and may not have Kylian Mbappe available. Marco Verratti, a force in midfield, is expected to miss the match as well.

PSG still have more than enough firepower to cause some damage, especially against a side that neglects to play defense. But Atalanta can go blow for blow with the very best and come out on top.

Two teams that have received virtually no fanfare heading into the quarterfinals meet Thursday. Part of that is simply because they haven’t played in what feels like forever due to the pandemic-induced work stoppage, and part of it is because we’re talking about Atletico Madrid here. Diego Simeone’s perennially underappreciated team – which eliminated Liverpool in the last 16 – finds itself in a pretty handy position heading to Lisbon.

The one-off format for the remainder of the tournament could, in theory, benefit a defensively stout side like Atleti. In RB Leipzig, they meet a team with a Timo Werner-sized hole up front.

Yes, the German club is getting healthy again ahead of the clash, with forwards Yussuf Poulsen and Patrik Schick on the mend. But you can’t overstate how crucial Werner’s absence is: The newly minted Chelsea star scored 34% of Leipzig’s league goals this season. Atleti will fancy their chances of locking things down.

Lionel Messi rescued an underwhelming Barcelona – again – in the last 16 against Napoli, scoring a spellbinding solo goal – again – to solidify a win that looked very much in doubt. He’ll need to conjure up that same magic, and then some, if the Catalan side has any hope of besting Bayern Munich and reaching the semifinals.

Bayern, in a word, look unstoppable. The most impressive team throughout Europe since the restart, the ease with which the Bundesliga champions brushed Chelsea aside was ominous.

Meanwhile, Barca continue to look disjointed up front and frail at the back, which doesn’t bode well for a club now tasked with slowing down Robert Lewandowski. As weird as it feels to say this, it would be a huge surprise if Barcelona keep their run going. There’s always the chance that Messi goes supernova, but even that might not be enough.

For all his plaudits, Manchester City boss Pep Guardiola has acquired a reputation for overthinking big matches. Guardiola’s tendency to manipulate tactics in response to an opponent’s strengths, and not play to his own, has been a focal point of the manager’s failings on the continent. It’s no coincidence that this is usually highlighted only when Guardiola’s teams lose.

It worked twice against Real Madrid. Guardiola sprung a surprise in selection and setup at the Bernabeu with Kevin De Bruyne and Bernardo Silva acting as alternating false nines, and Gabriel Jesus dutifully performing the role of a makeshift left wing-back. The gaffer then employed an unyielding press in the second leg to put the impetus on Real’s backline.

Against Lyon, City can expect Rudi Garcia’s team to again line up in a 3-5-2 formation that invites pressure; attempting to smother the likes of Marcelo and Jason Denayer in possession could be the best route. Lyon had the benefit of facing a flat Juventus side that lacked verve without Paulo Dybala’s timely penetrative runs. Against City, Les Gones will have no such luxury.