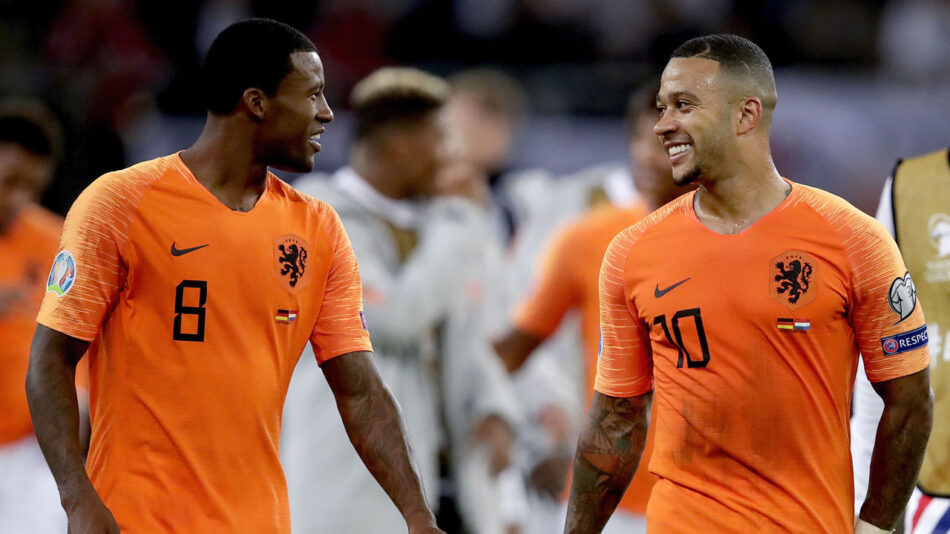 The summer window may be closed, but that’s done little to dampen a frenzied rumor mill fueled by missed opportunities and future targets. With the January period fast approaching, here’s a look at what’s hot in transfer talk.

There’s been no shortage of speculative tales in the Daily Star this week. The chief claim among them is Manchester City’s plan to make another advance for Barcelona star Lionel Messi in January. City believe an offer around €16 million will be enough since Barca risk losing Messi for nothing next summer. Sure.

Paris Saint-Germain smell blood in the water, and so does an unnamed MLS side monitoring Messi’s rift with president Josep Maria Bartomeu, whose fate hinges on the 2021 election. Cue Bartomeu’s exit, a new Messi deal, and an admission from the Columbus Crew about being the other interested party.

Borussia Dortmund CEO Hans-Joachim Watzke knows better than most when he says, “In this industry, you can never say that a player is completely unsellable.” The Daily Star reckons that’s enough to renew Manchester United’s hopes of signing Jadon Sancho. Apparently, that’s all it takes.

Actually, it takes €120 million. United knew this from the jump. Watzke claims the appraisal won’t budge – meaning Ed Woodward and Co. won’t save a penny – and Daniel James might start 20-plus matches in all comps under Ole Gunnar Solskjaer’s replacement, Sam Allardyce. A win-win situation.

Haaland is not an idiot, prefers Real to United

Speaking of United and Dortmund, Norwegian stud Erling Haaland prefers a move to Real Madrid over United, according to the Manchester Evening News. His buyout clause can be triggered in 2022, but not this coming summer. Apparently playing with countryman Martin Odegaard is a factor.

Real prefer Kylian Mbappe to Haaland, although Todo Fichajes believes a €40-million bid for volcanic-hot Everton poacher Dominic Calvert-Lewin is pending. This would have been funny a month ago. Real are also pondering activating the buy-back clause in Sergio Reguilon’s Tottenham terms.

There’s a lot of noise coming out of Chelsea on the heels of their busy summer. Midfield lynchpin N’Golo Kante claims he has no intention of leaving despite interest from Inter Milan and Real Madrid, the Daily Star reports. With or without Kante at Stamford Bridge, these Declan Rice rumors won’t go away.

In other Chelsea news, left-back Emerson seeks a January exit, intriguing Inter, Napoli, and Juventus, according to The Express. Also, Jorginho spoke on being tempted to join Arsenal, who grabbed Thomas Partey from Atletico Madrid instead. Methinks that was a wise choice. Kepa to Sevilla? Sure.

Sticking to Arsenal’s midfield, Lucas Torreira has no intention of returning following a season-long loan with Atletico Madrid, per Ovacion Digital. Maybe Torreira missed the part where the club shipped him to the Mattress Makers to facilitate Partey’s move the other way.

Meanwhile, Mesut Ozil has been linked with MLS. The Houston Dynamo, New York Red Bulls, Vancouver Whitecaps, San Jose Earthquakes, and Philadelphia Union have Designated Player slots, but Ozil is reportedly keen on D.C. United because he plans to open a coffee shop at Audi Field.

With Virgil Van Dijk on the shelf, Brighton’s Ben White or Schalke’s Ozan Kabak have both landed on Liverpool’s radar. Stop the presses – former Reds defender Jamie Carragher has said that RB Leipzig’s Dayot Upamecano should be their No. 1 target. Why don’t you just buy him yourself, Carra?

Everton forward Yannick Bolasie is in limbo following loans at Crystal Palace, Anderlecht, and Sporting, with the winger calling the last destination “ill-fated.” Now, Middlesbrough boss Neil Warnock says Bolasie and his agent are at fault for a failed deadline-day move to the Riverside. Can we get this guy a new agent?

AC Milan are tracking the situation involving Leicester and Newcastle target Florian Thauvin at Marseille, with the Frenchman’s contract counting down. Midfielder Hakan Calhanoglu is also in the final year of his deal with Milan, which has alerted rivals Inter Milan, largely in part because they’re over Christian Eriksen.