Analyzing 10 sneaky signings you may have missed this summer 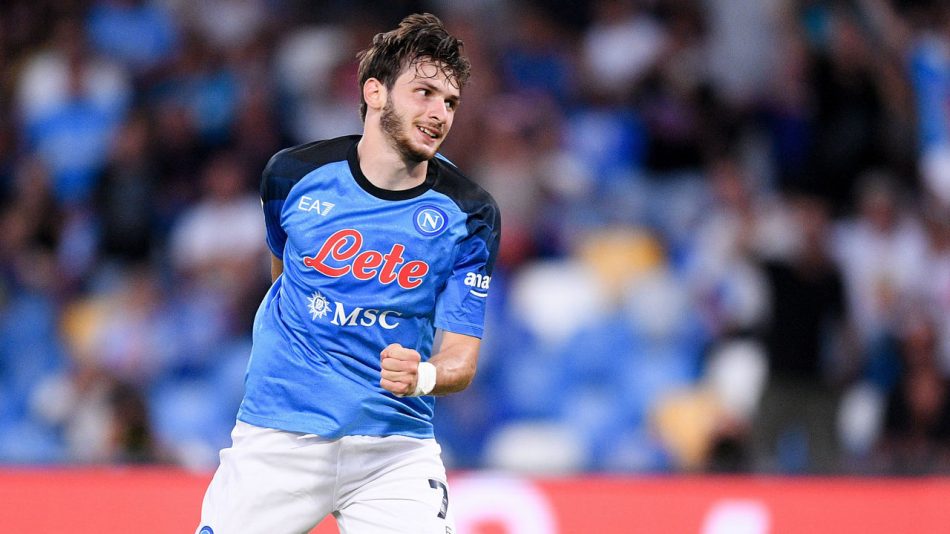 Plenty of cash changed hands in the summer transfer window – English clubs broke their own spending record – with some of Europe’s top teams making huge investments. But there has been some shrewd business, too. Here, we examine 10 sneaky deals that could have a big impact now and in the future.

Already branded “Kvaradona” by adoring Napoli supporters, the Georgian winger is taking Serie A by storm. A relative unknown when he arrived at the club in the summer, Kvaratskhelia has notched four goals in five league matches, showing no signs of the pressure that comes with replacing club icon Lorenzo Insigne. There were concerns going into the season about Napoli’s significant squad turnover this summer, but, led by the electrifying 21-year-old, the new blood has reinvigorated the Partenopei.

Molina’s endured a somewhat tricky start to his Atletico Madrid career. Rest assured, he’ll prove an astute signing in the long run. Capable of playing as a wing-back or in a more traditional back-four, the 24-year-old Argentine international is an ideal fit at the Wanda Metropolitano. With so many clubs seeking help at the position this summer, Atletico managing to secure Molina’s services for a nominal fee could eventually look like a stroke of genius for Diego Simeone and Co., who continue to hoard South American talent.

Gravenberch is about to break out in a big way. After impressing in his cameos off the bench early in the season, the 20-year-old midfielder looks poised for more opportunities at the heart of the Bayern Munich midfield. A smooth operator eminently comfortable in tight spaces, the Dutchman is a rare breed who combines silky skill with a strong physical presence. This deal is going to look like an absolute steal in hindsight. Europe’s other top clubs will be kicking themselves.

It’s hard to be “sneaky” when paying a €35-million fee. Still, there’s always an element of the unknown attached any time a player comes out of Belgium’s top flight. AC Milan made the versatile 21-year-old their No. 1 target of the summer window, and the early returns have been promising. De Ketelaere, comfortable playing as a forward or attacking midfielder, is already forging a strong connection with his Rossoneri teammates. Milan’s recent track record speaks for itself when it comes to scouting young talent.

Sanches’ career is back on track. His struggles at Bayern Munich and Swansea City, and subsequent rebirth at Lille, are a good reminder that development doesn’t have to be linear. Now reunited with Christophe Galtier, the manager who helped him rediscover his joie de vivre, the Portuguese international is in an ideal situation. It feels like ages ago when he rocketed onto the scene at Euro 2016, but Sanches is still only 25 and, without a huge price tag hanging over his head, should thrive at Paris Saint-Germain.

When it comes to making savvy signings, few do it better than RB Leipzig. Their scouting department rarely misses. Raum is simply the latest example. An elite attacking left-back, the German international racked up 11 assists for Hoffenheim last season – his first in the Bundesliga after fine-tuning his skills in the second division with Greuther Furth. His rise has been rapid as he’s already an integral part of Hansi Flick’s national team setup. There’s no reason to believe Raum won’t continue on his current trajectory.

When we look back on the 2022 summer transfer window, this may prove to be one of the best signings, full stop. Bella-Kotchap, 20, has the rare blend of youth and experience. He made 74 senior appearances for Bochum as a teenager before moving to the Premier League, including 22 in the Bundesliga. In no time at all, he’s established himself as the anchor of Southampton’s backline. The Saints will make an enormous profit whenever Bella-Kotchap moves to one of Europe’s top clubs, which already seems inevitable.

Fabio Paratici’s familiarity with Serie A has served Tottenham Hotspur well so far, and Udogie could end up being the crown jewel of his Italian expeditions. An explosive left-back, the teenager will remain at Udinese on loan for the season and has already scored twice in four matches. Assuming Antonio Conte remains in north London long term, there’s maybe no better manager for Udogie to work with than his compatriot. His ability to craft wing-backs into stars is unmatched.

This isn’t the most exciting transfer. However, that doesn’t matter to Frank Lampard, who succeeded in his search for an experienced player to boost his injury-hit Everton defense. Coady left Wolves as one of the most popular captains in the club’s history, and he’s highly motivated while he eyes a place in England’s World Cup squad. The Scouser, an expert in a three-man backline, will also instigate plenty of attacks with his fine distribution. Combined with their signing of Amadou Onana, Everton actually made some shrewd moves.

Hernandez is lighting it up in Major League Soccer. The Colombian attacker has eight goals – all from open play – in just 11 appearances since joining Columbus for a club-record fee from Watford. After bouncing around with five different teams between 2017-21, mainly on loan, the 23-year-old seems to be relishing the opportunity to lay down a foundation and act as the focal point of the Crew’s attack for years to come. It’s a win-win for everyone involved, a rarity in the transfer market.