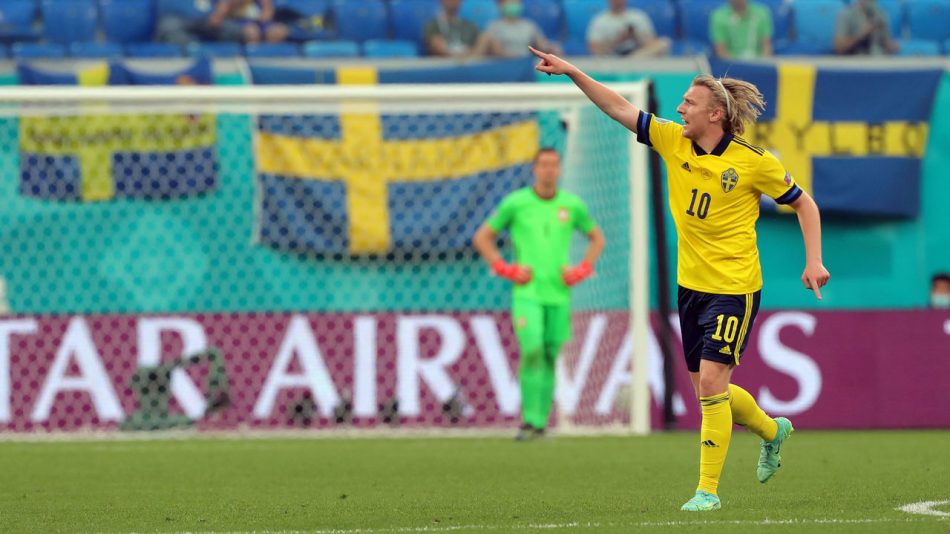 Spain finished second behind Sweden in Group E and qualified for the knockout rounds at Euro 2020 following Wednesday’s 5-0 win over Slovakia.

Martin Dubravka’s ghastly goalkeeping mishap kicked off a resounding victory for Luis Enrique’s side in Seville. The result also confirmed Slovakia’s elimination from the tournament as one of the two worst third-place finishers.

Robert Lewandowski’s Poland will join Slovakia in the departure lounge after finishing its tournament rooted to the bottom of Group E. The Poles were two goals down to Sweden until Lewandowski scored twice in the final half hour, but Sweden netted late on for a 3-2 win in Saint Petersburg.

Spain entered its clash with Slovakia needing a response after two disappointing draws. La Roja’s poor run looked set to continue when Dubravka saved Alvaro Morata’s penalty, but the goalkeeper went from hero to villain when he inexcusably slapped the ball into his own net.

It was a procession from there on out. Aymeric Laporte looped a header over Dubravka at the end of the first half, Pablo Sarabia converted from six yards, Ferran Torres notched a stunning backheel with his first touch off the bench, and – to further compound Slovakia’s misery – Juraj Kucka’s own goal rounded off the scoring.

Elsewhere, Emil Forsberg tightened Sweden’s grip on the top spot with an opener after 81 seconds – the second-fastest goal in European Championship history – and a slick finish after Dejan Kulusevski’s powerful run.

But Sweden let it slip. Lewandowski incredibly hit the crossbar twice within two seconds in the first half but made amends when he planted a beautiful strike into the top corner and tapped home after uncharacteristically poor defending from the Swedes. The 2-2 scoreline briefly dropped Sweden into second place and lifted Spain to first.

Poland pushed for a winning goal that would’ve taken it into the knockout rounds as one of the best fourth-place finishers, but its hopes were quashed when Viktor Claesson scored in the 94th minute after another Kulusevski assist.

Spain will take on Croatia in the round of 16 on Monday, while Sweden faces one of the third-place teams.