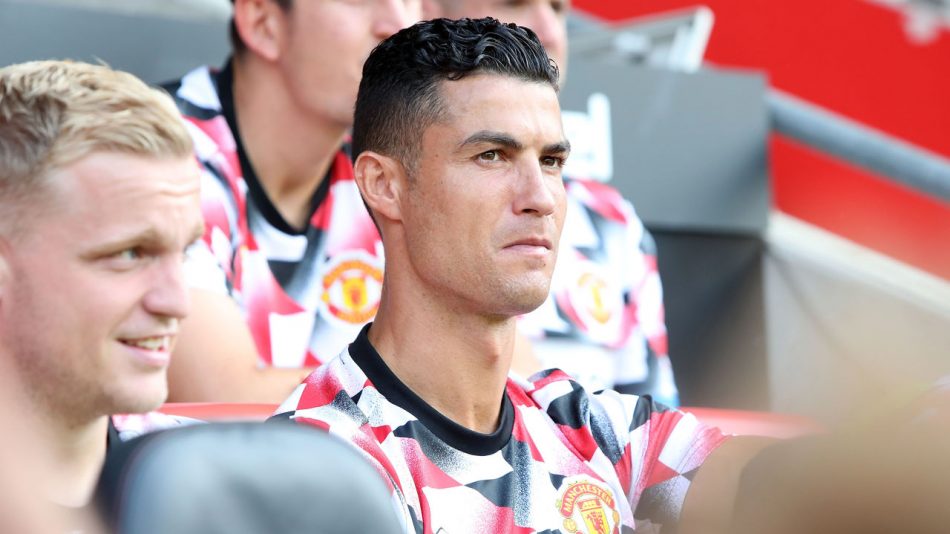 Cristiano Ronaldo wanted something more. He wanted to supplement his goals tally in the Champions League rather than venture to the more unfashionable corners of the continent in the Europa League. He was also apparently unimpressed with Manchester United’s recruitment and embattled defender Harry Maguire keeping the captain’s armband.

But while news of Ronaldo’s ask to leave Old Trafford reverberated around the globe, it didn’t rouse a European giant into action. Paris Saint-Germain and Chelsea quickly ruled themselves out of signing the Portuguese forward. Bayern Munich CEO Oliver Kahn said acquiring the 37-year-old wouldn’t “fit with our philosophy.” Atletico Madrid fans protested when their club was linked with Ronaldo. Real Madrid and Juventus, two of his former employers, kept quiet.

It’s been two months since his transfer request, and with hours left of the summer window, it appears Ronaldo is going nowhere.

Unless a miraculous 11th-hour move happens, it’s difficult to know where his increasingly labored gait fits into Erik ten Hag’s plans. United belatedly kickstarted their season with a 2-1 home win over hated rivals Liverpool, with their aggression and tempo unsettling Jurgen Klopp’s side. Would the Red Devils have played with the same intensity with Ronaldo up front? Probably not.

True, Ronaldo scored 18 goals across 30 Premier League appearances last season, but there’s a reasonable argument that the likes of Marcus Rashford and Jadon Sancho would’ve played more freely without the veteran constantly demanding service from inside the 18-yard box. Indulging Ronaldo worked for Ronaldo, but it didn’t work for United, who finished sixth in the Premier League and suffered early exits from the Champions League, FA Cup, and League Cup.

Whatever happens, it promises to be a fascinating few months while Ronaldo prepares for what will likely be his last World Cup this winter.

Other areas of Erik ten Hag’s probably needed attention before United recruited another wide attacker. How about a right-back? Or a deep-lying midfielder to complement or compete with Casemiro? The club will apparently sign Martin Dubravka as David De Gea’s backup, but shouldn’t it sign a higher-profile goalkeeper who can seriously challenge the Spaniard for the No. 1 jersey?

Nevertheless, United signed Antony. No doubt he’s entertaining through his array of party tricks, and along with Rashford and Sancho, he could help forge a fluid, unpredictable, and dangerous attack. Plus, the Brazilian star is only 22.

But analyzing this deal will always come back to the fee. Transfermarkt currently values the winger at €35 million – just over a third of what the Red Devils actually paid. Ajax chief executive and former Red Devils ‘keeper Edwin van der Sar may have pulled off a masterstroke in raising almost €170 million through the sales of Antony and Lisandro Martinez to United, giving him the chance to rebuild the Dutch giants.

Manuel Akanji’s departure from Borussia Dortmund appeared inevitable when he slipped down the pecking order following the summer arrivals of Niklas Sule and Nico Schlotterbeck. He’s yet to make an appearance this campaign, with his last outing being Switzerland’s Nations League win over Portugal in June.

And there was also the looming prospect of him leaving Dortmund for free when his contract expired next June – that’s why Manchester City got the defender for such an affordable price on deadline day.

Where Akanji quite fits in at the Etihad Stadium remains to be seen. Pep Guardiola already had four senior center-backs to choose from, two of whom are right-footed (Ruben Dias and John Stones) while the other two are left-footed (Nathan Ake and Aymeric Laporte). There was balance, but perhaps Akanji’s arrival hints at a more serious injury for Laporte, who’s yet to play this season.

Akanji is right-footed but is almost equally comfortable with his left, and his physicality and distribution at the back should suit the Premier League.

Just days ago, Jurgen Klopp urged Liverpool’s owners to “risk a bit more” in the transfer window in search of a midfielder that could bolster the squad and help alleviate the club’s injury crisis at the position. Klopp has unquestionably built up enough trust at Anfield to warrant the backing of ownership, and it seems as though they listened.

The Reds are on the verge of signing Arthur Melo on a season-long loan from Juventus, according to Fabrizio Romano. The deal is not expected to include a purchase option.

A high-volume passer who operates at the base of midfield, the Brazilian footballer’s career has badly stagnated since he moved to Italy as part of the now-infamous swap deal with Miralem Pjanic in 2020. Injuries slowed his progress almost immediately in Turin, and he could never fully integrate himself into either Andrea Pirlo’s or Max Allegri’s plans.

If the deal is strictly a dry loan, it’s a very low-risk move for Klopp and Liverpool, who badly needed another body in central midfield to at least weather the current storm.

Other deals to watch today …