UEFA's incompetence enabled the Super League. Now it has to rebuild trust 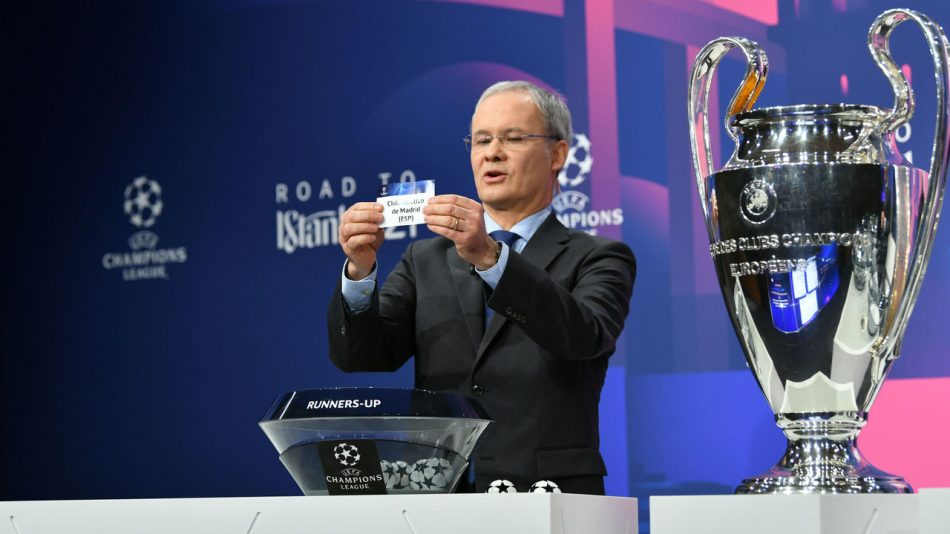 The dust has settled on the European Super League rubble. Most of the rebel clubs have groveled, asking for their supporters’ forgiveness and reaffirming their commitment to UEFA. Andrea Agnelli and Florentino Perez, the chief antagonists behind the debacle, still cling to the notion of the Super League despite the fact their teams – Juventus and Real Madrid – concluded not-so-super campaigns.

But to toast the Super League’s spectacular two-day collapse as a shared victory for fans would be a grave error. For Ronan Evain, the executive director of Football Supporters Europe, the events that unfolded in mid-April merely shone a spotlight on the problems that blight European soccer.

“The game can be taken away from us; it became a reality,” Evain told theScore. “So, it’s easier to fight a reality than to fight a ghost.”

And it was UEFA itself, the organization that stood to lose the most from the creation of a Super League, that turned that specter into a reality. European football is losing its underdog tales, cultural diversity, and variety in its matchups due to decades of UEFA trying to appease its biggest clubs. The organization’s charm offensive was designed to stave off the threat of a Super League, but it did the exact opposite.

European football’s governing body has allowed vast financial gulfs to appear under its jurisdiction, to the extent where the annual revenue of top-tier clubs in Romania – Europe’s 10th-most populous country – was 1.5% of that earned by Premier League sides in 2018, according to UEFA figures.

The chasm between the rich and the rest widens with each passing year as clubs that finish fourth in Europe’s most affluent leagues are immediately ushered into the lucrative Champions League group stage. Title winners from countries such as Croatia, Greece, Sweden, and Poland, meanwhile, must stretch their meager resources and navigate eight qualification matches to reach that phase.

The last time a team not from England’s Premier League, Germany’s Bundesliga, Spain’s La Liga, Italy’s Serie A, or France’s Ligue 1 reached the Champions League final was in 2004. Manchester City and Chelsea face one another in Saturday’s Champions League showpiece, marking the second all-English final in three years.

Before the coronavirus pandemic hit, UEFA distributed over 80% of its total revenue from the 2018-19 season to teams participating in its competitions, while the national associations under its umbrella – from England’s Football Association to the San Marino Football Federation – shared a paltry 1.2%.

There are only 32 entrants to the Champions League group stage. There are 710 other top-tier clubs in Europe, and tens of thousands more below the leading divisions, with their pockets turned out and little hope of gate-crashing the glitz and glamor of the UEFA elite.

Juventus president Agnelli also led the European Club Association and served on UEFA’s executive committee. He relinquished those two positions and sacrificed his long-term friendship with UEFA president Aleksander Ceferin when he threw his weight behind the Super League plot, which offered a promise of even greater wealth in a competition that would safeguard Juventus’ status.

He added: “UEFA needs to open the doors and the windows to the stakeholders, to the society, and altogether we need to think, ‘What do we want from this European club competition and how do they profit the rest of the football pyramid?'”

UEFA’s first test is to overturn its Champions League reforms that were introduced amid the Super League chaos. The structure, which is set to be adopted in 2024, will add another 100 matches to an already congested calendar. It even includes places for two teams that failed to qualify for the group stage through their domestic league performance but have “the highest club coefficient over the last five years.”

Clubs being rewarded on historical rather than sporting merit? The parallels with the Super League are painstakingly obvious.

“This will send a terrible, terrible message,” said Evain, who supports FC Nantes in France. “Because this was, again, introduced to please the very clubs that just tried to leave the European club competitions.”

While the Super League collapse shouldn’t be an excuse for celebration for supporters, it can be a source of empowerment. In a matter of hours, the executives who believed they were the true power brokers of the sport and could bend it to their will – Agnelli, Perez, the owners of Manchester United and Liverpool, and plenty of others – were beaten and the fans won.

The fans won, but they’re not necessarily done. The reason the Super League idea was floated in the first place must be challenged: UEFA needs to prove it’s no longer an enemy. It’s not the Champions League that requires reform, it’s the organization.

“The fight doesn’t stop with the Super League,” Evain declared. “The Super League was more of a syndrome than the problem itself; the disease of modern football remains.”