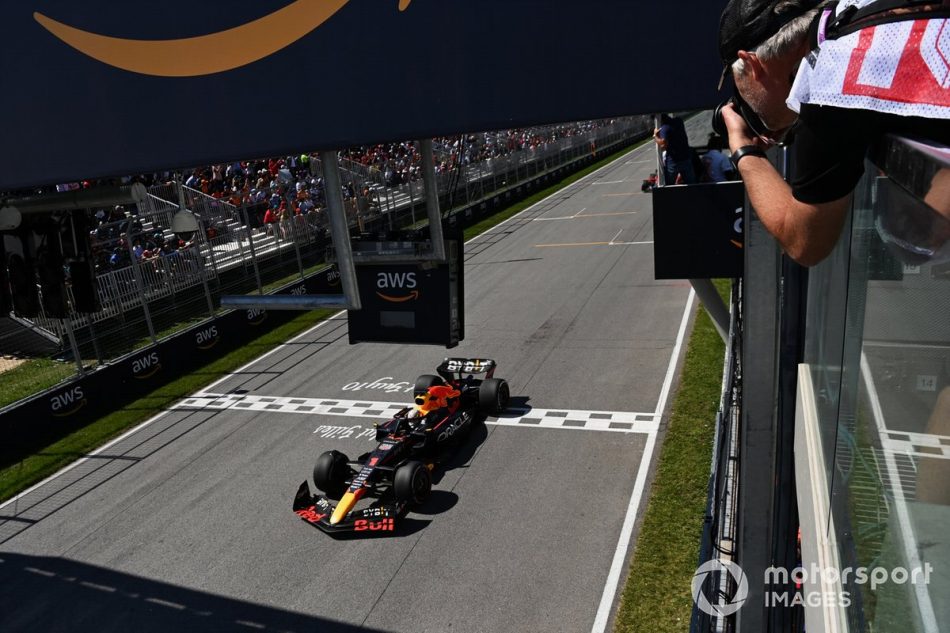 Verstappen was closing in on Ferrari rival Sainz after making his second pit stop, only for the safety car to be deployed with 21 laps remaining after Yuki Tsunoda crashed at Turn 1.

It meant that after Sainz pitted, he emerged right behind Verstappen with tyres that were five laps fresher, giving him an advantage for the final charge to the line.

After the race returned to green with 16 laps to go, Sainz quickly got within DRS range of Verstappen and piled on pressure through the closing stages, and started the final lap just four-tenths of a second behind the Red Bull.

But Verstappen held on to win the race by less than one second, marking his sixth victory of the season and extending his lead at the top of the drivers’ championship to 46 points.

It emerged after the race that Verstappen had suffered a radio failure just before the race went back to green which meant the Red Bull pit wall could not hear him in the car, although he could still receive instructions from race engineer Gianpiero Lambiase.

“It didn’t work any more, it decided to stop,” Verstappen said. “I have no clue when it stopped, but at one point, GP told me it was not working any more, I think on the inlap after the line.

“I guess it must have been working before, or it already didn’t work before, which probably they didn’t mind! As long as I can hear him, that’s the most important thing.” 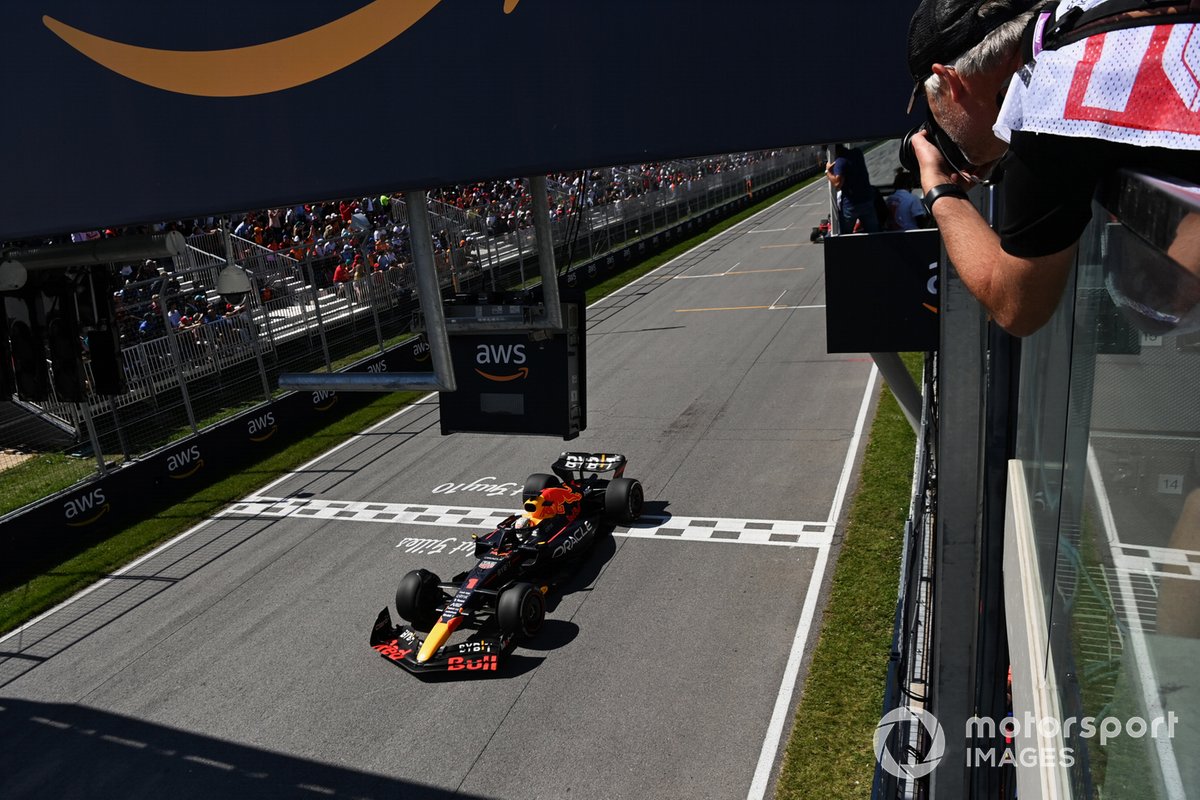 Red Bull F1 chief Christian Horner noted that the radio went “very quiet” before the team realised it could not hear Verstappen.

“There was just one-way traffic from GP to Max, just giving him the gaps, but nothing coming from the car,” Verstappen said.

“It turns out that the radio wasn’t working, or certainly he could hear us but we couldn’t hear him.”

Verstappen had been in control of the race in the opening stages before Red Bull opted to bring him in under the early virtual safety car, committing to the two-stop strategy.

Verstappen revealed he was unsure if he would have caught Sainz, who had only pitted once and was eight seconds clear before pitting in reaction to the safety car for Tsunoda’s crash.

“I was not sure if I actually would have fully closed that gap to the end of the race,” Verstappen said.

“Then the safety car came out, and I was also not very happy with that, because I knew he would have fresh tyres behind me, and already I think with a little bit more pace compared to me, it was difficult to defend.”

But Horner said that “all the metrics we have show he would have caught and passed him with about 10 laps to go”.

“The last 15, 16 laps, we were flat out, pushing to the limit, and I knew of course I couldn’t make a mistake,” Verstappen said of the late charge to keep Sainz at bay.

“It was good racing. It’s always more enjoyable to be able to push in a Formula 1 car instead of just saving your tyres.”