Christian Vieri: “Haaland will be worth 300 million euros” 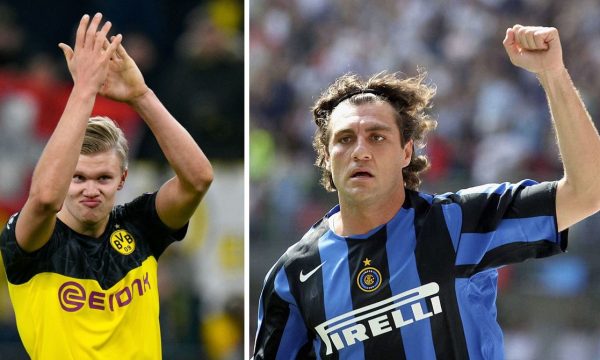 Vieri has made a strong statement regarding the young man, Erling Haaland.

He believes that Borussia Dortmund striker can already be considered one of the best in the world. And that one day, he will pass Neymar Junior to become the most expensive player in the history of football.

Haaland has been the revelation of the season.

He started the season in the Red Bull Salzburg team without being recognized by anyone. Exploded in the Champions League and immediately attracted the interest of many clubs. Transferring in January to Dortmund.

He is continuing with fantastic form in Germany as well. Although Haaland is only 19 years old, Vieri considers him the best striker in the world.

In an Instagram interview with Corriere della Sera, Vieri said: “Haaland is stronger than anyone and has done well to choose Borussia Dortmund. The best club to improve his talent. After a year or two, he will go to a great team for 200 million, maybe even 300 million.” said Vieri.

Haaland has scored 40 goals in 33 appearances this season with Salzburg and Dortmund.