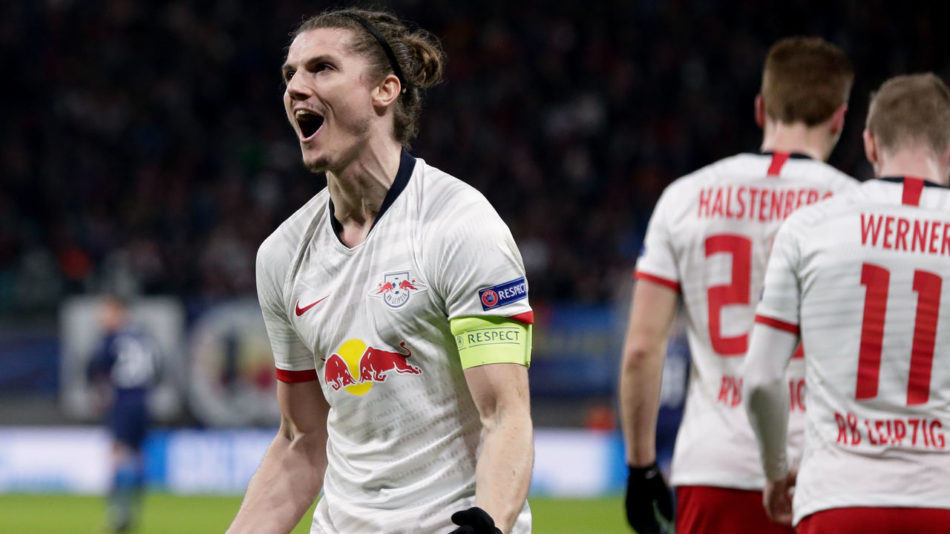 RB Leipzig completed a 4-0 aggregate victory over Tottenham Hotspur on Tuesday to saunter into the Champions League quarterfinals.

The second leg was practically over by the 21st minute after captain Marcel Sabitzer twice picked out the bottom-right corner of Hugo Lloris’ goal.

More misery was piled on Spurs manager Jose Mourinho when substitute Emil Forsberg netted with his first touch to complete the hosts’ 3-0 win in Saxony.

The extent of Mourinho’s injury issues at Spurs was best demonstrated by Ryan Sessegnon being handed his second start in the competition and the untested Malachi Fagan-Walcott celebrating his 18th birthday with a spot on the bench. Tanguy Ndombele, who was publicly criticized by his manager over the weekend, joined Fagan-Walcott among the substitutes.

Leipzig boss Julian Nagelsmann welcomed Dayot Upamecano back into his starting XI after the defender served a suspension in the opening meeting. Upamecano’s selection in place of Ethan Ampadu was the only change to the side that began the match in north London three weeks earlier.

It took the home side 10 minutes to double its aggregate advantage. Sabitzer slotted in from 20 yards following a spell where each pass and ricochet was easily collected by players in white-and-red uniforms. Space wasn’t exactly a hot commodity in Spurs’ defensive third.

Timo Werner had a goal ruled out for offside almost 10 minutes later, but Sabitzer soon put RB Leipzig three goals up in the two-part tilt. The gap behind Serge Aurier was again the target when Angelino met a diagonal ball before teeing up Sabitzer for a near-post header.

Tottenham did at least offer one response before the interval when Giovani Lo Celso struck his team’s first shot on target from open play in 176 minutes across all competitions. The low, curling effort was dealt with by Peter Gulacsi’s strong palm and Upamecano’s calm clearance.

Spurs tried to trouble Leipzig in the second half, but it was never convincing. Lucas Moura was guilty of poor decision-making and wastefulness, and little else of worth was supplied by his attacking colleagues Dele Alli and Erik Lamela. Lo Celso seemed to be the only Tottenham player capable of producing something noteworthy and he was substituted in the 80th minute.

RB Leipzig dropped their tempo a few notches in the latter stages, perhaps conserving energy ahead of upcoming Bundesliga matches against Freiburg, Mainz, and Hertha Berlin. The club had suffered a slight blip in its league title pursuit with back-to-back draws before the second leg, but there was no further evidence of a significant slump derailing its season.

Forsberg was on the pitch for less than a minute when he jabbed home in the 87th minute. The goal made the scoreline a better reflection of how the match had played out. Leipzig were the superior side, and overwhelmingly so.

With nothing left to play for, Mourinho gave a charitable debut to Fagan-Walcott as the final whistle neared.

The draw for the Champions League quarterfinals will be conducted March 20.