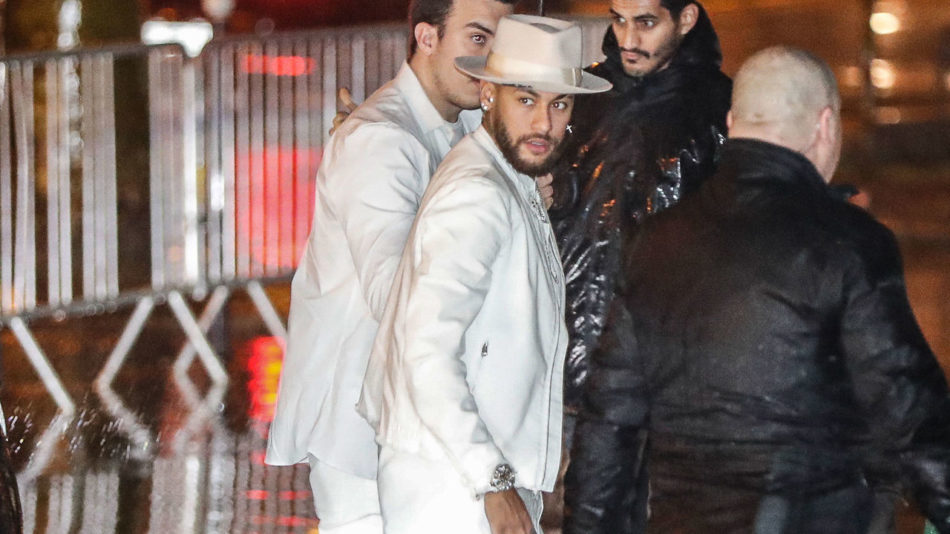 Paris Saint-Germain confirmed that a rib issue will force Neymar to miss Tuesday’s match against Nantes.

The Brazilian superstar was omitted from PSG’s matchday squad with a costochondral injury suffered during the first half of Saturday’s win over Montpellier.

Neymar managed to remain in the Montpellier match after receiving treatment, but tests on Monday revealed the extent of his injury.

News of the absence comes after Neymar celebrated his birthday at a Paris nightclub on Sunday – an event that PSG manager Thomas Tuchel admitted he disapproved of.

Tuchel told reporters after Saturday’s victory that the timing of Neymar’s birthday celebration would be a “distraction” considering PSG would be back in action on Tuesday.

Despite Tuchel’s concerns, there were plenty of Neymar’s PSG teammates on hand at the glitzy event. Attendees – which included Marco Verratti, Edinson Cavani, and Angel Di Maria – were asked to dress in all white.

Neymar, who will turn 28 on Wednesday, was sidelined for over a month earlier this season after suffering a hamstring injury in October.