Official: Mueller renews his contract with Bayern until 2023 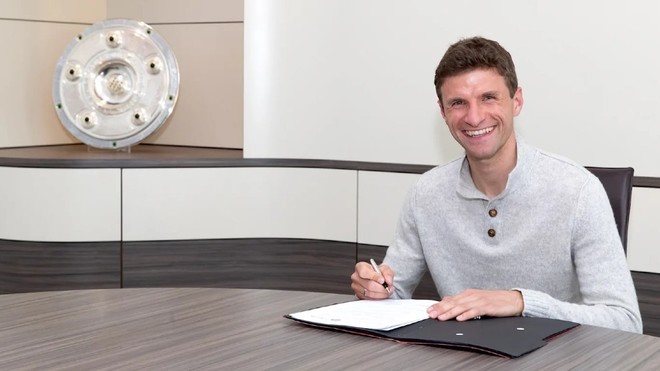 Thomas Mueller has signed a new contract with Bayern Munich. This new contract will keep the World Cup winner at the Allianz Arena until at least 2023, ending speculation about his future.

The future of Thomas Mueller was questioned among the many speculations that started about possible transfers of the 30-year-old since the beginning of this 2019/20 season.

After losing his place as a regular in the reigning German champions under coach Niko Kovac, the German was said to be determined to continue his career with another club.

However, now he has regained his place in the first lineup, as new coach Hansi Flick trusts his experience and quality. This has led Muller to win a new contract.

Mueller has only played for Bayern Munich throughout his entire career. During this period, the Bavarian has made a total of 521 appearances in official matches for Bayern, scoring 195 goals.