Everything you need to know about the Champions League final 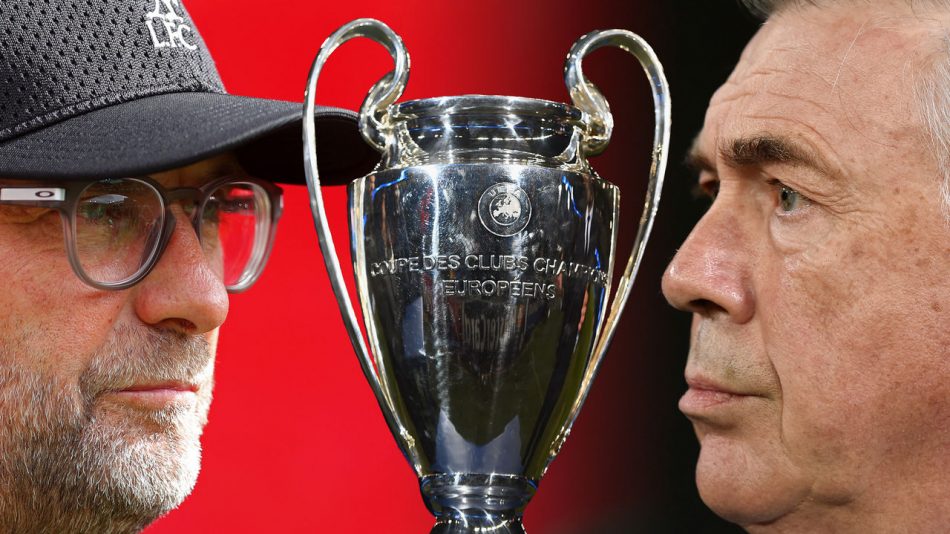 This season’s Champions League final, a rematch of the 2018 edition in which Real Madrid bested Liverpool, is finally here. Get ready for Saturday’s match with theScore’s comprehensive preview package.

Tactics, key questions, and a prediction in our in-depth preview.

“Past successes can be used for encouragement, but to claim Real Madrid’s journey to the Champions League final is thanks to an off-the-pitch force does the team and its coaching staff a disservice. There’s no fairy dust collecting on Los Blancos’ trophies – instead, their run is fueled by the excellence of three veterans awash with European experience … On the opposite end of the scale from the whimsical descriptions of Real Madrid, there can be a habit to oversimplify Liverpool’s achievements. There were no miracles as the Reds dispatched Inter Milan, Benfica, and Villarreal – just as we’d all expected – in the knockout rounds while showcasing their relentlessness in attack and imperious defending led by Virgil van Dijk.” Read more.

Dive into some of the storylines surrounding the contest.

The latest on the lingering lineup questions.

Path to the final ?

This season’s raw Champions League statistics for the two finalists

Looking into some advanced metrics …

Liverpool: Should the Reds win on Saturday and lift the coveted big-eared cup, they will finish the 2021-22 season with as many trophies (three) as losses in all competitions; Jurgen Klopp’s men, looking to complete a treble, have already claimed the FA Cup and League Cup. They lost only twice en route to a second-place finish in the Premier League and have only one defeat in this season’s Champions League.

Real Madrid: Los Blancos, looking for a record-extending 14th European Cup, will feature in the showpiece match of the competition for the 17th time. That’s six more than any other club in football history. The Spanish giants have emerged victorious each of the last seven times they’ve reached this stage of the tournament. Their last defeat? It came all the way back in 1981. Against Liverpool. In France.

Jurgen Klopp: “First and foremost, they are a world-class team, a world-class club, and they know how to win football games. The core (of the teams that met in 2018), especially the midfield, is still there … There’s the feeling that we want to put things right, definitely, but it cannot be the main thought. If we go there (saying) like, ‘Revenge! Payback!’, all these kinds of things, it doesn’t work like that. That’s not us. We came here to the final in a different way. So, we have to play our way.”

Carlo Ancelotti: “Two great teams will face each other, and the one with more courage and personality will win at the end. (Liverpool have) a lot of quality together, with high intensity and good organization. They’re one of the best teams. (Klopp is) a great coach. I have a good relationship with him. (He’s) a great coach who brought some new things to football with the intensity and offensive pressure (of his teams). He’s doing a great job.”