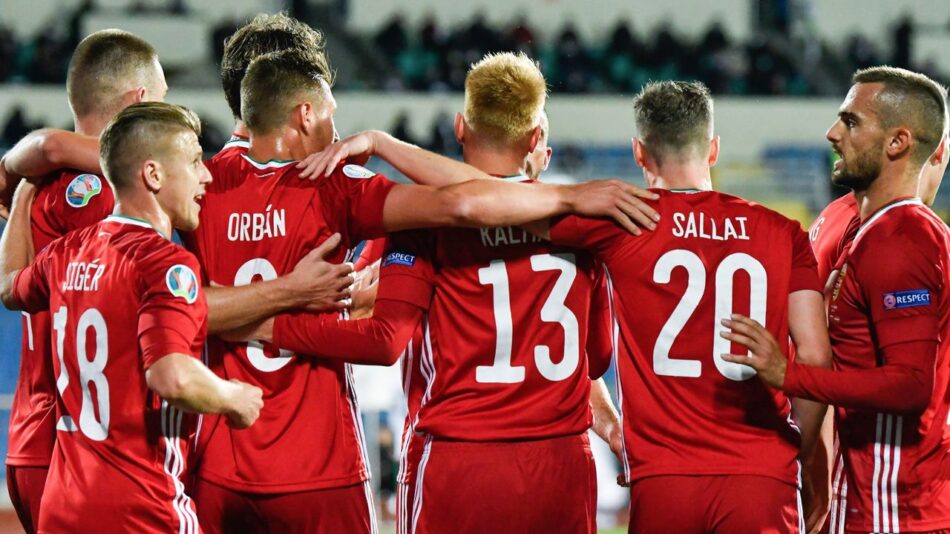 Iceland and Scotland joined six other nations in the Euro 2020 playoff finals on Thursday, bringing them one step closer to next summer’s tournament.

The eight teams now advance to the playoff finals on Nov. 12, with the winner of each fixture booking a ticket to the Euros.

Sixteen third-place finishers from the initial qualification phase earned this second chance to qualify for the Euros based on their ranking in the inaugural UEFA Nations League. The fixtures were originally scheduled for March but were postponed due to the coronavirus pandemic.

Four games went into extra time and three of them resulted in penalties. Here’s how it all went down.

Hungary never looked back after defender Willi Orban deflected a corner kick into the net in the 17th minute. Midfielder Zsolt Kalmar doubled the lead with a low free-kick from long range that somehow eluded the Bulgarian goalkeeper, and Nemanja Nikolic came off the bench to ice the game with an unstoppable header. Hungary is now one game away from making a second consecutive appearance at the Euros.

Gylfi Sigurdsson was a tour de force in Reykjavik, scoring twice and putting in a shift defensively to lift Iceland past Romania. Sigurdsson toyed with the visitor’s defenders to score his first goal, drilling a sharp left-footed shot into the bottom corner. He doubled his tally with a slick curling effort off of teammate Alfred Finnbogason’s first-time pass into the area. Though Romania controlled the majority of possession, it mustered just one shot on target.

Bosnia’s golden generation is nearing its end after yet another disappointing result. Midfielder Rade Krunic put Bosnia in the lead in the 14th minute, and it seemed to energize the Balkan side. But Northern Ireland, which lost 5-1 to Norway just a month ago, rebounded. Niall McGinn slotted home the equalizer in the 53rd minute, and Norn Iron pulled through on penalties.

Slovakia 0-0 Republic of Ireland (4-2 on penalties)

Ireland’s Alan Browne nearly won it in extra time with a shot that rattled off the post. Two other chances were cleared off the line in an eventful 30-minute spell. But Slovakia eventually won on penalties. Goalkeeper Marek Rodak came up with a big save on Browne, and Matt Doherty hit the crossbar to send Slovakia to the finals.

Mathias Normann canceled out Sergej Milinkovic-Savic’s go-ahead goal in the 88th minute to give Norway renewed life, but Milinkovic-Savic, who hadn’t registered an international goal before Thursday’s game, scored again in extra time to send Serbia to the playoff finals. The result means Norwegian talent Erling Haaland will play no part at the upcoming Euros.

Goalkeeper David Marshall made the only save in penalties to keep Scotland’s qualification hopes alive. Scotland and Israel combined for 29 shots on Thursday but failed to show much quality in front of goal. Steve Clarke is now on the verge of leading the Scots to a major tournament for the first time since 1998.

Georgia is a game away from its first appearance at a major tournament after a slender win over Belarus. Midfielder Tornike Okriashvili settled the contest with a penalty kick in the seventh minute of a cagey affair. Belarus was energized by substitutions in the second half but ultimately failed to find the equalizer.

An own goal by Kosovo’s Benjamin Kololli gave North Macedonia an early lead. Kosovo equalized in the 29th minute through Florent Hadergjonaj, but Macedonian striker Krste Velkoski nodded a free-kick into the far corner to secure the win.