Examining the most glaring transfer needs for Europe's biggest clubs 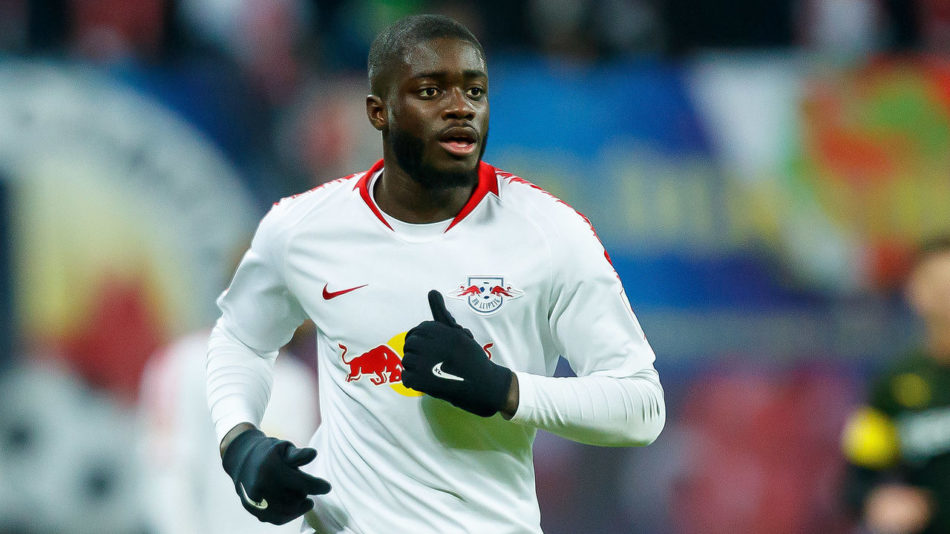 Though we almost certainly won’t see wild spending in this summer’s transfer market, that doesn’t mean clubs will simply sit idly by. Europe’s top sides all have needs to address – and some are more glaring than others. Here’s a look at the areas the continent’s biggest clubs need to improve, and realistic targets each one may look to sign.

Pablo Mari has had few opportunities to earn a permanent deal at Arsenal before his loan from Flamengo expires, and 19-year-old William Saliba can’t be expected to immediately assume a starting role when he severs ties with Saint-Etienne. It would take a big fee to pry Upamecano from RB Leipzig, so Nunez might be a more realistic recruit for Mikel Arteta’s backline.

Chelsea have an exciting crop of wingers in Hakim Ziyech, Callum Hudson-Odoi, and Christian Pulisic, but Frank Lampard wants a ruthless centerpiece in his attack. Aubameyang fits that profile, and he may be available if Arsenal boss Arteta needs to raise funds for a squad overhaul. The 21-year-old Osimhen, meanwhile, raised his profile with 13 goals during the 2019-20 Ligue 1 campaign.

It’s probably a stretch to call this a “glaring” need, but Jurgen Klopp could look to add even more firepower to his side this summer. Rumors linking Liverpool with RB Leipzig hotshot Werner aren’t going away, and though Divock Origi has stepped up in big moments at Anfield, the German would be a massive upgrade and seems keen on the switch.

City were punished for their decision to not replace Vincent Kompany. Their options at center-back while Aymeric Laporte was sidelined were Fernandinho, Nicolas Otamendi, John Stones, and Eric Garcia. That’s not good enough for a club with Champions League aspirations. Skriniar will be pricey, but the 25-year-old would make a fine addition to Pep Guardiola’s XI.

United have been linked with a host of wingers and playmakers in recent months, with Ole Gunnar Solskjaer wanting more scoring chances for frontmen Marcus Rashford, Anthony Martial, and Mason Greenwood. Reports of the club’s interest in Grealish seem the likeliest to precede a transfer, though United fans would rapturously receive a swoop for Manchester City product Sancho.

The previously airtight partnership of Toby Alderweireld and Jan Vertonghen has become Tottenham’s most glaring weakness and necessitated this season’s surprising promotion of Japhet Tanganga to the first-team fold. The tigerish Tanganga can’t compensate for Spurs’ defensive decline on his own, though, so Jose Mourinho must buy a center-back.

Atletico Madrid midfielders are hot property in the transfer market, and Thomas Partey is a probable departee when business reopens. Los Colchoneros can be shrewd when searching for a replacement: Rakitic is nearing the final year of his contract in Catalonia, and there shouldn’t be too much competition to sign Espanyol’s Roca.

Barcelona are reportedly pursuing Juventus’ Miralem Pjanic and Tottenham flop Tanguy Ndombele, but their need for a striker is obvious. The club’s presidential elections are due next year, so expect the embattled Josep Maria Bartomeu to spend big on a return for Neymar or to sign one of the game’s best young forwards in Martinez. Antoine Griezmann, meanwhile, could be pushed out.

Real Madrid appear likely to snap up a Ligue 1 prospect such as Rennes’ Eduardo Camavinga or Lyon’s Rayan Cherki, but a new Galactico is expected after Eden Hazard and Luka Jovic endured disappointing debut campaigns in the Spanish capital. Pogba is a long-term target for Los Blancos, while Sancho would provide versatility on the flanks and nudge Gareth Bale closer to the exit.

AC Milan need a lot of help right now, but a long-term No. 9 stands out as the most glaring issue; Zlatan Ibrahimovic is 38 and his contract expires in June. But creativity in the market will be key for a club mired in financial difficulty. An initial loan for Jovic – with a view toward a permanent deal – might interest Real Madrid, while snapping up Mertens on a free seems like a no-brainer.

Inter Milan have given the keys to Antonio Conte to craft the squad as he desires. That means the wing-back positions are of the utmost importance, as the Italian’s tried-and-true system depends on tireless work up and down the flanks. The likes of Ashley Young, Victor Moses, and Antonio Candreva simply won’t cut it for a team with title aspirations.

Juventus’ midfield has long been crying out for an injection of vigor, with the absence of Pogba still looming large. Though the Italian side would surely love to re-sign the Frenchman, the funds required to do so make it unlikely, especially in the current economic climate. In-demand teen Tonali could be the long-term answer in Turin, while the wildly underrated Arthur would also be a coup.

There’s not much to be done to improve arguably the deepest squad in world football; Bayern Munich are loaded. One area they could look to strengthen, though, is attacking midfield. Philippe Coutinho is unlikely to be retained when his loan spell ends, and Thomas Muller, though rejuvenated under Hansi Flick, is 30 years old. Havertz, the rising German star, is a natural fit.

Achraf Hakimi is almost certain to return to Real Madrid when his loan spell at Borussia Dortmund ends this summer, leaving a glaring hole at right-back for Lucien Favre. Rumors of an agreement with impending free agent Meunier persist, while Hateboer could potentially be a shrewd signing after enjoying a breakout campaign with Atalanta this season.

Right-back or left-back, take your pick. Paris Saint-Germain are destined to lose both Meunier and Layvin Kurzawa to free transfers this summer. With club president Nasser Al-Khelaifi anticipating “colossal” financial losses due to the ongoing pandemic, an unusually understated move for the likes of De Sciglio or Telles might be the French champions’ only feasible option.