X-factors that could decide Euro 2020 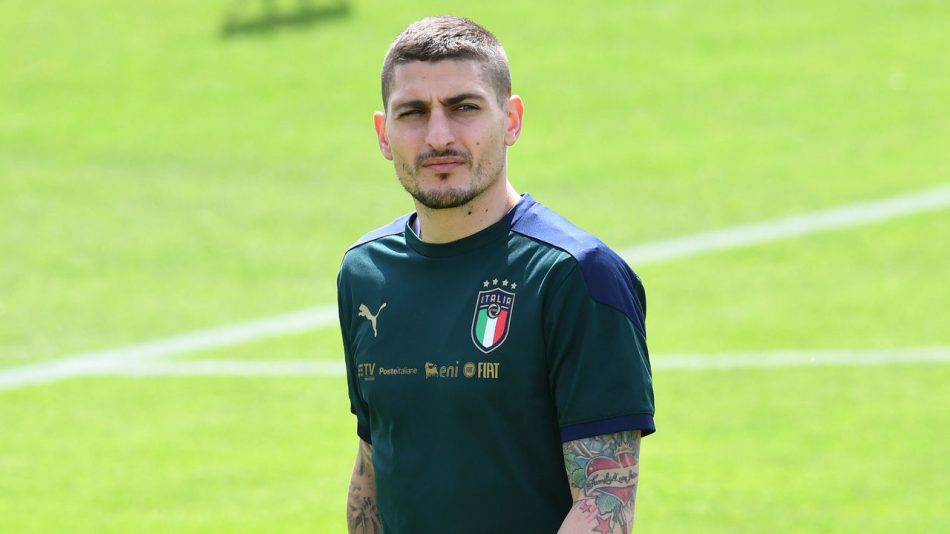 With Euro 2020 set to kick off this week, here’s a look at one X-factor for each of the six groups, and the impact they might have on the opening round and beyond.

Speaking ahead of a recent friendly with San Marino, Italy boss Roberto Mancini claimed that Paris Saint-Germain star Marco Verratti is recovering from a knee injury “quicker than expected.”

The sooner, the better for an Azzurri side who depends heavily on Verratti’s technical skills. It’s a simple matter: if Verratti is fully fit, Italy has realistic title ambitions. If not, then it’ll take a minor miracle for them to win it all, especially more so now that Inter Milan attacking midfielder Stefano Sensi is ruled out.

Verratti’s skills are perfectly suited for Mancini’s preferred possession-based football, where the diminutive Pescara product does well to shield the ball and retain possession while playing one-touch passes. Italy has the benefit of playing their group stage games at home in Rome, though Switzerland, Wales, and darkhorse darlings Turkey are no slouches in what should be a hyper-competitive grouping. Midfield whiz Verratti needs to be healthy for Italy to stand a chance.

Not surprisingly, a compacted calendar marred by minimal to non-existent stretches of rest contributed to a spike in injuries ahead of Euro 2020. Chief among them is Belgium talisman Kevin De Bruyne.

The fair-haired Manchester City playmaker faces a race for fitness after joining up with his Red Devils mates Monday following an operation on a fractured nose and eye socket suffered in the Champions League final. Magic spray, horse placenta, or a Travolta/Cage-type face transplant. Every possible solution should be considered.

Despite conceding the fewest goals in qualification (three), Belgium’s backline (Jan Vertonghen, Toby Alderweireld, and Thomas Vermaelen) is elderly. The risk of conceding against swift attacks is a major threat, and protection from the midfield can only help. Perhaps the medical team could save some of that magic spray for midfield anchor Axel Witsel, who is one of six midfielders in Roberto Martinez’s squad despite rupturing his Achilles in January. Witsel’s participation, like De Bruyne’s, only helps Belgium’s chances.

It’s all to play for in a Group C led by an unconvincing Netherlands side entering the tournament as the lowest-ranked of all group leaders. Could Ukraine finish atop the quartet?

It’s certainly possible. Ukraine qualified directly for the tournament by topping Portugal in its group but did so by scoring the joint-fewest goals (17) for a group topper. National icon-turned-coach Andriy Shevchenko has instilled confidence, yet a dearth of goals could be the team’s undoing.

All eyes are on Gent forward Roman Yaremchuk, who is the principal striker in Shevchenko’s side and will be depended on to score goals. The likes of Oleksandr Zinchenko, Ruslan Malinovskyi, Marlos, and Andriy Yarmolenko will provide help in attack, but Ukraine may only progress as far as Yaremchuk’s scoring takes them. An elite header who profits on set pieces and is blessed by resourceful movements and positional play, Yaremchuk is the epitome of an X-factor for a Ukraine team that could play spoilers at Euro 2020.

England’s success in the quartet and a potential run through the knockout stages could hinge on coach Gareth Southgate’s willingness to jettison his at-times ponderous defensive ways.

That’s not to say defensive-minded tactics don’t have their merits, especially considering England’s only major tournament victory came under a similarly coordinated facilitator in Alf Ramsey. The main criticism directed at Southgate is that he has a wealth of attacking talent in the squad but is too conservative to make full use of it.

Southgate has ditched the back-three for a 4-3-3 formation that should accommodate an extra attacking player in the XI. However, his insistence of starting two holding midfielders could come at the expense of Jack Grealish, Mason Mount, or Jude Bellingham, three players adept at taking possession on the half-turn and surging forward. Southgate faces the task of fitting several world-class attacking talents in his starting XI, and a failure to do so might result in the latest major tournament letdown.

Busquets left the team’s training camp Sunday, prompting the Spanish football federation to call up five players in the event there are more positive tests. Diego Llorente has since contracted COVID-19 too, but the absence of Busquets to shield a relatively novice central defensive duo could present a problem for Luis Enrique.

Sergio Ramos and Gerard Pique aren’t on the squad, meaning Pau Torres will pair with either Eric Garcia or latecomer Aymeric Laporte. Their inexperience on this stage could prove costly, especially without Busquets to provide cover, and Rodri is likely to replace him in the midfield alongside Thiago and either Fabian Ruiz or youngster Pedri.

However, Spain is no stranger to pre-tournament disarray. Julen Lopetegui was sacked two days prior to the 2018 World Cup for taking the Real Madrid job, and Spain subsequently struggled before hosts Russia bounced the nation on penalties.

Hungary’s Euro 2020 offering is a bit like that segment on Sesame Street titled “One of These Things,” where viewers would determine which one of the four items didn’t belong.

Five years removed from The Magyars’ entertaining group-topping exploits in France noted for ‘keeper Gabor Kiraly’s trusty tracksuit bottoms, Hungary is drawn alongside three perennial powerhouses. Spare a thought for Marco Rossi’s charges, who are also without their star player Dominik Szoboszlai due to injury.

Still, an opportunity to be a continental party pooper remains, especially for a lot who have the advantage of hosting Portugal and France at home in Budapest. Affectionately known as “Goulash-pressing,” Hungary employs an aggressive press that could frustrate their opponents, and the main contributors on Rossi’s side (Peter Gulacsi, Willi Orban, Roland Sallai, Adam Szalai, and others) all play in the Bundesliga. That could lead to familiarity against Germany in the group closer. Stranger things have happened.