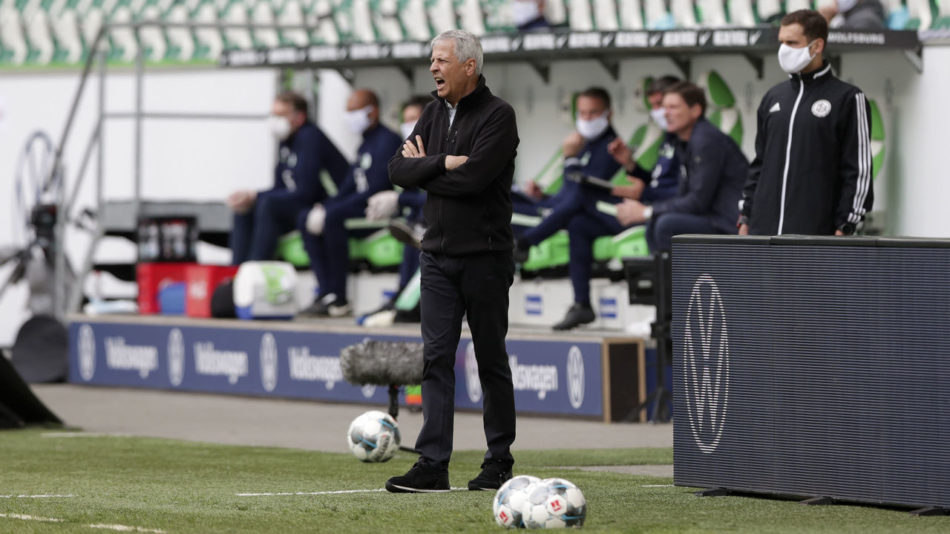 Havertz on fire after restart

The 20-year-old Bayer Leverkusen star went on a tear after the calendar flipped to 2020, and since Germany’s top flight returned to action he’s picked up right where he left off. After scoring a pair of goals in Leverkusen’s first match back – a 4-1 win over Werder Bremen on Monday – the blossoming attacker bagged two more on Saturday, leading his side to a 3-1 victory over fellow top-four hopefuls Borussia Monchengladbach.

Nominally, he again lined up as the center-forward in Leverkusen’s 3-4-3 formation, but his skill on the ball, speed, and playmaking – in addition to his finishing ability – allow Havertz to play a more free, withdrawn role in which he can pop up and cause havoc from any number of places on the pitch.

No player in Bundesliga history has scored more goals prior to their 21st birthday than Havertz, who now sits on 34 tallies and doesn’t blow out his next set of candles until June 11.

In a league that boasts fellow rising superstars like Erling Haaland, Jadon Sancho, and Alphonso Davies, Havertz may very well be the most talented of the bunch.

Nobody, including the clubs, knows what the upcoming transfer window is going to look like in the wake of the financial stress the pandemic is causing. But whenever Havertz leaves Leverkusen for one of Europe’s elite sides, the price will surely be astronomical.

Gladbach get creative to fill stadium

Of all the pandemic-induced changes the Bundesliga has adopted since its return to action – some enforced, and others by choice – the absence of fans inside the stadiums has, without doubt, been the most notable.

In the buildup to Saturday’s contest against Leverkusen, Borussia Monchengladbach widely advertised their plan to pack the stadium with 13,000 cardboard cutouts of fans, aiming to create some semblance of normalcy within Borussia-Park.

At a glance on the broadcast, it does the trick visually.

Obviously, nothing can truly replicate the atmosphere several thousand hollering supporters create, including the chanting, cheering, and the admonishing of the referee’s decisions. But kudos to Gladbach for coming up with a creative solution for an unprecedented time.

Haaland is human after all

Borussia Dortmund sensation Haaland has been an unstoppable force of nature since moving to the Bundesliga in January. But on Saturday, the teenage phenom showed – for just about the first time this season – that he’s actually human, and not a cyborg built in some Norweigen football lab.

The 19-year-old fluffed a brilliant chance during Dortmund’s 2-0 win over Wolfsburg, swinging and missing on what looked like a sure tap-in.

Not to worry, though, because even when Haaland misses, everything works out. Raphael Guerreiro promptly followed up his teammate’s air shot by sneaking in at the back post and putting the ball into the waning goal.

American defender John Brooks effectively shut down Haaland. The teenager didn’t attempt a shot, and among those who started the match for Dortmund, only goalkeeper Roman Burki recorded fewer touches.

There was a chance for Haaland to put things right in the final minutes, but when he appeared to be clean through on goal, the striker uncharacteristically stumbled over his own feet and knocked the ball out for a goal kick.

This was either the most brutal miss of the weekend from Leverkusen midfielder Kerem Demirbay, or unrivaled heroic defending from Monchengladbach’s Nico Elvedi. You be the judge.

Still shaking off the rust

While the likes of Havertz have hit the ground running upon the league’s resumption, others are finding things slightly more difficult.

Take Hoffenheim defender Ermin Bicakcic, for example. The Bosnian’s unfortunate error on Saturday gifted a scoring opportunity to Paderborn striker Dennis Srbeny, who capitalized with aplomb to earn the last-place side a 1-1 draw at the Benteler-Arena.

In fairness to Srbeny, there was still plenty for him to do after the inadvertent assist from Bicakcic. The strike itself was lovely, and the sound of the ball hitting the net – so clearly audible inside the empty stadium – was so very satisfying.

The impact of extra substitutes

FIFA put the regulation in place to lighten the load on players and reduce the risk of injury during a more congested schedule, with the Bundesliga attempting to squeeze the remainder of its campaign into a condensed time period.

How each manager approaches the added flexibility will be fascinating.

Favre substituted defensive pillar Mats Hummels to begin the second half against Wolfsburg. The German was said to be dealing with a slight foot issue, and with the potential title-decider against Bayern Munich coming up in a few days, Favre could easily rest Hummels with plenty of moves still in his back pocket for the remainder of Saturday’s clash. Conventional wisdom suggests managers will be much quicker to pull the trigger on precautionary substitutions during the rest of the season.

Managers will also be able to bail themselves out of tactical mistakes. With more substitutions at their disposal, they can make wholesale changes if they’ve made an error setting up their team for the opening whistle.

The new rule could also encourage a more aggressive approach from teams willing to take risks offensively, and add the use of tactical fouling to stop the opposition from going in the other direction. If a team can substitute more players who are on a yellow card without worrying about burning all of its moves, why wouldn’t the squad take advantage of that?

Bayern at their free-flowing best offensively

If this goal from their 5-2 win over Eintracht Frankfurt is any indication, Bayern Munich are already up to full speed just two matches into the league’s return. The ease with which they kicked the move into high gear and sliced through the defense, setting up Leon Goretzka’s slick finish, is frightening.

The seven-time reigning champions truly are a well-oiled machine.

Tuesday’s clash with Dortmund is going to be fantastic.