Capello: Ronaldo the greatest talent, but with him we didn’t win 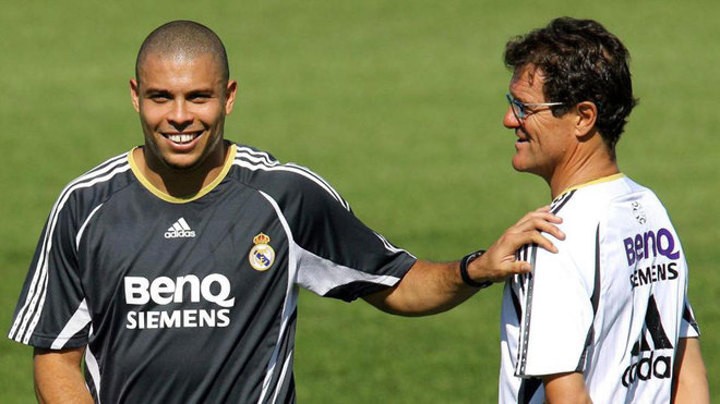 Fabio Capello and Ronaldo Nazario de Lima worked with each other for half a year at Real Madrid.

From July 2006 to January 2007, the date on which the Brazilian left for Milan. Six months in which the Italian coach had time to see that the Brazilian striker had tremendous talent and that football was no longer his priority.

In a conversation with Sky Sport television, Capello recalls his relationship with Ronaldo. With whom he now has an excellent relationship.

“The greatest talent I’ve ever trained is Ronaldo, incomparable. And at the same time he was the one who created the biggest problems for me in the dressing room. He used to organize parties, everything. Van Nistelrooy once told me: mystery, here in the dressing room smells of alcohol.

The Italian coach remembers that season, the team started to break away and this coincided with the departure of the Brazilian to Milan. “When Ronaldo went to Milan, we started to win. But if we talk about talent, he was the biggest, without a doubt.”

Capello explained that he has a good relationship with Ronaldo and that when they meet they talk with love and pleasure.