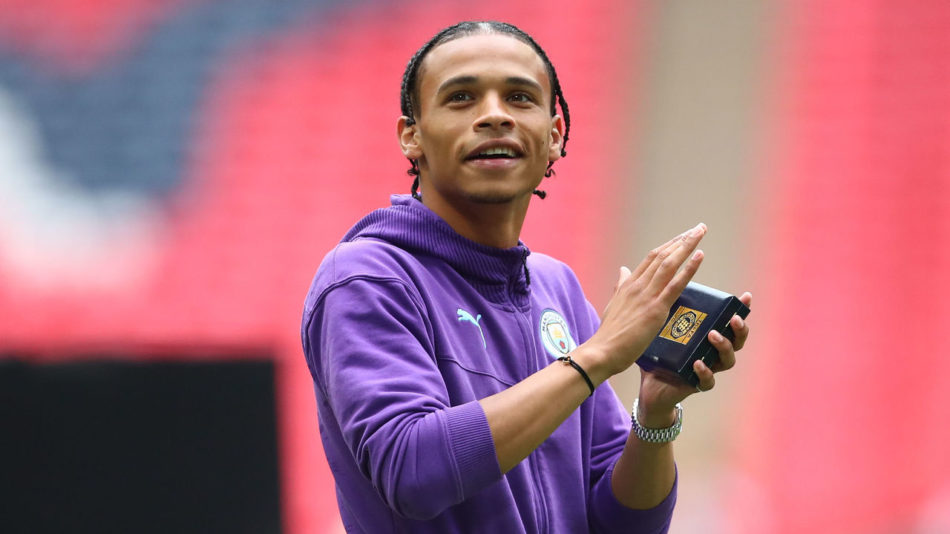 Football may be on hiatus, but that’s not dampening the never-ending nature of transfer talk. Here’s a look at the chatter making the rounds this week.

It was reported Thursday that Chelsea and Juventus have launched talks over a swap deal involving Jorginho and Miralem Pjanic. A day later, James Olley of ESPN reported Pjanic rejected the switch, which means talks of a Pjanic-Arthur deal with newfangled barters Barcelona are likely to resurface.

City willing to lose Bayern target Sane for nothing

Bayern Munich’s reported pursuit of Leroy Sane has forced Manchester City’s hand. With the German international’s terms at the Etihad set to lapse in 2021 amid resistance to pen a new deal, ESPN reports that City would prefer to lose Sane for nothing next summer rather than accept Bayern’s reported bargain-basement bid for the 24-year-old this year.

Elsewhere in relations between a Manchester side and the Bundesliga, the Manchester Evening News reports that United are scouting Schalke talent Rabbi Matondo as a cost-efficient alternative to Borussia Dortmund luminary Jaden Sancho. The Welsh international, who left Manchester City’s academy a year ago, is expected to be available as Schalke look to recoup lost revenues.

Carlo Ancelotti’s appointment at Everton has given the Toffees some gravitas, and according to TuttoJuve, the Italian gaffer held fruitful discussions with Juventus midfielder Adrien Rabiot’s mother/agent/alleged agitator, Veronique. Ancelotti knows Rabiot from his time at PSG, and despite Juve boss Maurizio Sarri’s stance that he’s not for sale, a €20-million fee is being bandied about.

Pending a £300-million Saudi takeover, Newcastle are reportedly looking to bolster their squad with a £53-million bid for Real Madrid star Gareth Bale, according to the Daily Mail. There are two years and change left on the speedy Welshman’s terms at the Santiago Bernabeu, and he’s witnessed his stock drop drastically amid jeers from the Real faithful. Surely it hasn’t dropped this much?

Barcelona are looking to ship one of Jean-Clair Todibo or Samuel Umtiti during the summer, shifting their gaze to low-cost defensive reinforcement Juan Foyth from Tottenham, according to the Mirror. Foyth, 22, has started just one league game under Jose Mourinho, and he’s in search of first-team football. Presumably, Barcelona hasn’t seen much of the timid Argentine.

Barcelona have found a solution to their pursuit of Inter’s Lautaro Martinez. The club will attempt to sign full-back Sergino Dest from Ajax, according to Corriere dello Sport, then flip Nelson Semedo to Manchester City for Joao Cancelo, who will then be included with Arturo Vidal in a swap deal for Martinez. OK, sure thing.